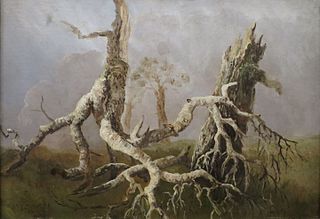 HEADLIGHTS AT HIGH NOON;  A SILENT SPRING IN EASTERN EUROPE

By JAMES BOVARD; James Bovard, who has written extensively on  Superfund and other environmental policy issues, visited Hungary, Czechoslovakia
and East Germany this spring.

ACCORDING to Marxist theory, environmental problems cannot occur in Socialist countries because man and nature are inherently in harmony. Unfortunately, the trees, rivers and air of Eastern Europe do not understand Marx.

Across Eastern Europe, pollution – as well as general economic decline – are the Grim Reaper of the 1980’s. In East Germany, according to a West German environmental research group, 90 percent of the trees are sick, dead or dying. The human mortality rate has increased sharply in Hungary, Poland, Russia and Bulgaria, and environment-related illnesses such as cancers and skin and heart diseases are soaring in all Eastern bloc countries.

In Czechoslovakia, health threats have become so ominous that the Government, according to internal documents, considered a mass evacuation of its industrial region in early 1986. In Poland, experts predict that all plants in Krakow could be dead by the year l990, and the Polish Academy of Science estimates that pollution damage is already costing Poland an amount equal to 10 percent of its gross national product.

In Leipzig, once one of the prettiest cities in Germany and now a chemical-industry center, the windward sides of monuments and buildings look like they were scorched in a fire, while the leeward sides are smooth and clear. In Molbis, a town downwind of Leipzig, the air is so dirty with the emissions of chemical plants that drivers sometimes must turn on their headlights during the day. Neighbors cannot see each other’s houses, and visitors often vomit after a night of breathing the air.

In Prague, mothers are advised not to give their babies tap water – even after boiling it. In northern Bohemia, the most heavily industrialized area of Czechoslovakia, life expectancy is up to l0 years shorter than elsewhere in the country. Rates for skin disease, stomach cancer and mental illness are twice as high or higher than in the rest of the country. According to Dr. Zdenek Badura, a Czech environmental expert, ”new viral illnesses are emerging. The activity of viruses has grown and they are assuming new forms unknown to us.”

Sections of northern Bohemia suffer with permanent near-zero visibility. The Erzgebirge mountains along the Czech-East German border are rapidly becoming a huge tree cemetery, the world’s best showcase of the effects of acid rain. The higher one travels up the mountains, the worse the forest carnage. At the top of some mountains, not a single tree survives – just barren landscape with a few remaining stumps.

In Krakow, the Polish National Lawyers Association reports that cancer, heart disease and artery problems are between two and eight times higher than in the rest of Poland, and the infant mortality rate is more than three times the national average. A 1985 report by the Polish Academy of Sciences noted an ”appalling increase” in the number of retarded school-age children in Upper Silesia.

And Poland faces a catastrophic water shortage. Only 1 percent of the country’s water is clean enough to drink, and almost half the water is so polluted that it is unfit for any use. Temporary water shortages now reportedly affect l20 cities and l0,000 smaller towns. The Academy of Science report warned that if present trends continued, ”in five years there will be no more water.”

Why is pollution so terrible in Eastern Europe? One reason is that, since 1980, when the Soviet Union sharply reduced oil deliveries, East Germany, Poland and Czechloslovakia have increasingly turned to brown coal. It takes five tons of soft brown coal to produce the energy of one ton of black coal, and brown coal has a very high sulfur content. And East European plants often use antiquated machinery with no filters. Thus, the air is increasingly cloudy and poisoned.

BUT THE problems are deeper than that. In East Europe, the governments are both protector and polluter – and this conflict of interest is almost always resolved by maximizing production at the expense of the environment. Some governments have tried until recently to deny that any environmental problem exists. East Germany blames its dying forests on storms and heavy snow. One Czech Communist Party ideologist attributed environmental problems to ”non-Socialist individuals still surviving in the country.”

In most countries, environmental policy consists largely of praying for strong winds. In Czechoslovakia, factories are often exempted from pollution regulations when their output is declared to be ”in the interests of the entire community.” In Hungary, more than half the factories hit with pollution fines have done nothing to reduce their pollution. Pollution controls in Polish factories are frequently turned off to save energy.

Pollution can be reduced substantially only with expensive Western pollution control equipment. But Eastern European nations cannot come up with a few score billion dollars to overhaul factories, clean up rivers and install catalytic converters.

Thus, Socialist poverty will likely be destiny – and doom – for East Europe’s environment. East Europe is a land of declining productivity, increasingly antiquated machinery and collapsing infrastructure. The only East European country not suffering falling living standards is East Germany, and most of its ”prosperity” comes from its handouts from West Germany, and from extracting $15,000 from the West German Government for each citizen that is allowed to emigrate.

As the world economy becomes more integrated and the pace of technological change quickens, East Europe is becoming an economic ghetto. The only advantage in international trade that Eastern Europe had in recent decades was skilled labor and low wage rates. But now that the newly industrialized countries are rapidly raising their technological levels, Eastern Europe has lost its final advantage.

In all of these countries, pollution is getting worse and will continue worsening for at least the next several years because of the increasing reliance on brown coal. Severe environmental problems helped create the Solidarity movement and continue to fuel the opposition in Poland. In Czechoslovakia, Hungary and East Germany, dissident organizations are spreading the news of health threats and urging governments to reform. Governments have arrested environmentalists but it is a little difficult to hide tens of millions of dying trees.

Eastern European governments face a Catch-22 situation. They must soon either make expensive pollution control investments or face a public health catastrophe and possible revolts. To afford the necessary investments, however, the governments will have to cut living standards sharply – another potential provocation.

Pollution could be the final nail in the coffin of East European Socialism. Unfortunately for Eastern Europe, there is no export market for brown snow and dying trees.

And here’s an angry letter from some dude in Brooklyn –

In ”A Silent Spring in Eastern Europe” (April 26), James Bovard says: ”According to Marxist theory, environmental problems cannot occur in Socialist countries because man and nature are inherently in harmony. Unfortunately, the trees, rivers and air of Eastern Europe do not understand Marx.”

Hey, that’s clever. Or it would be in a college fraternity paper. Where is it from? The Ronald Reagan School of Journalism? Give those of us who have read a bit of Marx’s theories a break. F. O. RICHARDSON Brooklyn, April 26