Police were continually screaming “don’t look out the window!” during their sweep in Watertown last week. This photo shows what happens to folks who disobeyed that order. 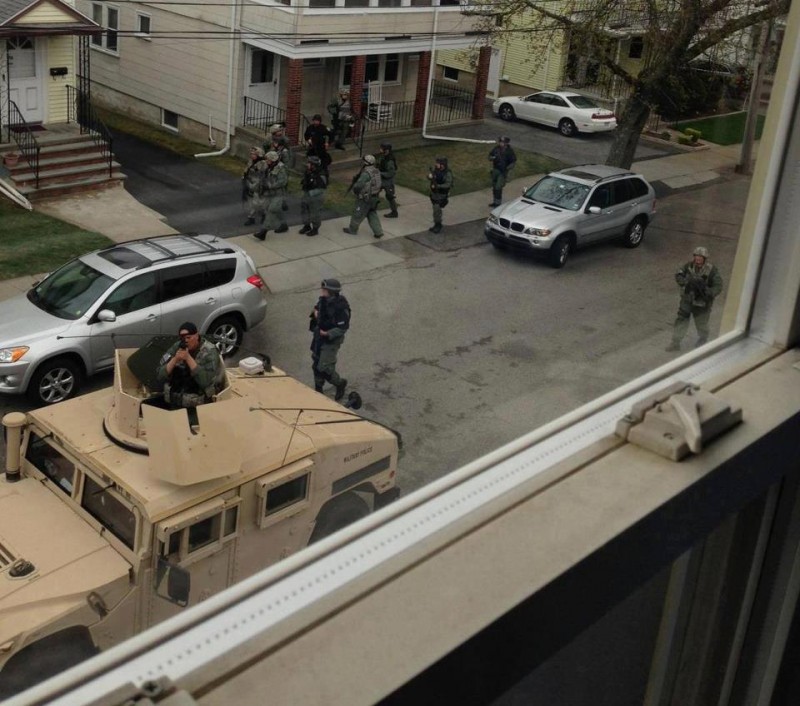 And here is a stunning video of how the raids were carried out. Maximum feasible intimidation…

So our security now depends on permitting police to threaten to kill anyone who disobeys any order? Or to treat every American like a terrorist suspect who can be gunned down on the flimsiest pretext?

As more people view photos and videos like the above, the knee-jerk pro-government reaction to last week’s finale will dissipate. It will not matter if 70% or 80% of people still support any action the government takes. There will be enough people – initially with camcoms and cell phones – that the legitimacy of mass crackdowns will not survive.

UPDATE: I have a strong reaction to the shutdown in part because, when I used to live in Boston, missing a day’s work would have placed a dent in the food supply. Details in the “Playing Left Field in Boston” chapter in Public Policy Hooligan, my new e-book memoir.

142 Responses to Boston: Death Sentence for Looking out Window?