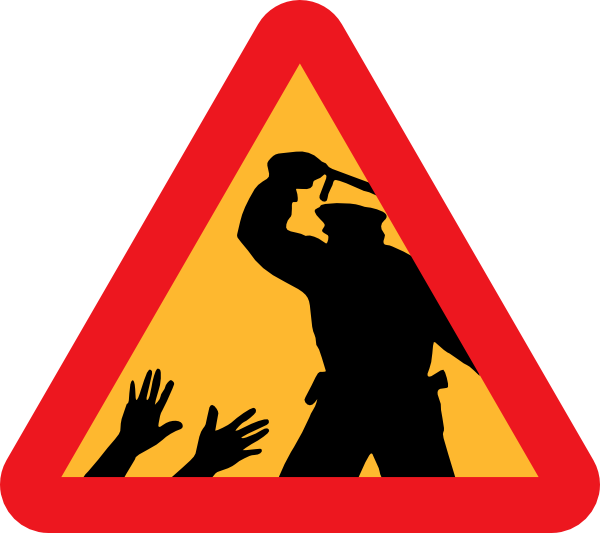 Attorney General Eric Holder received a tidal wave of laudatory media coverage for his visit to Ferguson, Missouri, in the aftermath of a local white policeman’s killing an 18-year-old black man. Holder assured the people of Missouri, “Our investigation into this matter will be full, it will be fair, and it will be independent.”

But Holder’s own record belies his lofty promise. As the U.S. attorney for the District of Columbia from 1993 to 1997, Holder was in charge of policing the local police. When police violence spiraled out of control, he did little or nothing to protect D.C. residents from rampaging lawmen.

The number of killings by D.C. police quadrupled between 1989 and 1995, when 16 civilians died owing to police gunfire. D.C. police shot and killed people at a higher rate than any other major city police department, as a Pulitzer Prize-winning Washington Post investigation revealed in late 1998. But Holder had no problem with D.C.’s quick-trigger force: “I can’t honestly say I saw anything that was excessive.” He never noticed that the D.C. police department failed to count almost half the people killed by its officers between 1994 and 1997.

Even when police-review boards ruled that shootings were unjustified or found contradictions in officers’ testimony, police were not prosecuted. In one case an officer shot a suspect four times in the back when he was unarmed and lying on the ground. But Holder’s office never bothered interviewing the shooter.

Holder is now being portrayed as a champion of minorities victimized by police, but this attribute was undetectable in the 1990s. The Post noted that “none of the police shootings of civilians has occurred in the more affluent areas west of Rock Creek Park.” Because most victims of the police were from the lower-income parts of the city, their plight went largely unnoticed.

Holder is now trumpeting the need for openness, but in the 1990s he acceded to pervasive secrecy on lawmen’s killings. The Post noted, “The extent and pattern of police shootings have been obscured from public view. Police officials investigate incidents in secret, producing reports that become public only when a judge intercedes.”

Shortly after Holder became U.S. attorney, a local judge slammed the D.C. government for its “deliberate indifference” to police-brutality complaints. In 1995 the Civilian Complaint Review Board, which supposedly investigated alleged police abuses, was shut down because it was overwhelmed by a backlog of accusations from aggrieved citizens. Despite the collapse of the system’s safeguards, Holder’s office remained asleep at the switch. Even D.C.’s assistant police chief Terrance Gainer admitted, “We shoot too often, and we shoot too much when we do shoot.”

Some of the most abusive cases involved police shooting unarmed drivers — a practice that is severely discouraged because of the high risk of collateral damage. Holder told the Post, “I do kind of remember more than a few in cars. I don’t know if that’s typical of what you find in police shootings outside D.C.” Actually, D.C. police were more than 20 times as likely to shoot at cars as were New York City police and “more than 50 officers over five years had shot at unarmed drivers in cars,” the Post noted.

When he visited Missouri, Holder made a heavily trumpeted visit to the parents of Michael Brown, the 18-year-old killed by a Ferguson policeman. But did Holder ever bother visiting the families of young people unjustifiably slain by the D.C. police? I called the Justice Department press office asking that question but never heard back. Press clips from the 1990s do not include any reports of Holder’s meeting with parents of children unjustifiably slain by the D.C. police.

At 9 a.m. on May 15, 1995, a D.C. policeman pursued a car that he claimed he had seen moving recklessly on Florida Avenue NW. The policeman walked up to the vehicle and shot 16-year-old Kedemah Dorsey in the chest. The car began pulling away, and the policeman hopped alongside and shot the boy again in the back, killing him. Lawyer Doug Sparks, sitting in a nearby car, told the Post, “It was basically at point-blank range. I thought it was some kind of drug shooting.” The policeman claimed that he fired because Dorsey, who was scheduled to start his shift at Burger King later that morning, was trying to run him down. Attorney Michael Morganstern, who sued the District government and collected $150,000 for the family, commented, “It’s somewhat difficult to use the car as a weapon when it is wedged in rush-hour traffic and the officer is standing to the side of it, not in front of it.” A police department investigation concluded that the shooting was unjustified, but Holder’s office refused to file charges against the policeman.

Holder was feckless even when a policeman confessed to lying about killing an unarmed teenager. After Roosevelt Askew killed a 19-year-old motorist during a 1994 traffic stop, he claimed he fired because the driver was trying to run over another policeman. But that story soon collapsed. In early 1995, Askew admitted to Holder’s office that he had lied and then claimed he shot the teenager accidentally. No charges were filed against Askew until a year and a half after his confession. The case lingered on the back burner until after Holder moved on to become deputy attorney general under Janet Reno. The U.S. attorney’s office eventually signed off on a deal that let Askew plead guilty merely to filing a false police report; he received two years probation and a $5,000 fine. Federal judge Harold Greene was appalled at the wrist slap: “This is a bizarre situation. Everybody, including the government and the probation office, suggests that probation is the appropriate remedy. Although I am not entirely satisfied we have the full story, I’m going to go along.”

The Post series sparked an uproar that resulted in the Justice Department Civil Rights Division’s investigating D.C. police shootings from the prior five years. And whom did Attorney General Janet Reno put in charge of that effort? Eric Holder. His office denied that any conflict of interest existed, instead insisting that Holder’s “oversight of the review signifies the importance of this endeavor to the Department of Justice.” But a 1999 Post article observed, “A closer look at the role of Holder and the U.S. attorney’s office shows the difficulty that arises when law enforcement investigates itself.” Holder’s review of D.C. police shootings was careful not to uncover anything that might impede Holder’s political career.

Perhaps Holder did not notice the 1990s’ surge in police killings because he was fixated on banning private guns. He lobbied the D.C. City Council to impose mandatory prison sentences for anyone convicted of possessing a gun and spurred D.C. police to carry out “the most comprehensive gun seizure program in the country” (bankrolled by the Justice Department). In a speech on Martin Luther King Day in 1995, Holder declared that schools should preach an anti-gun message every single day. He also proclaimed that “we” need to “really brainwash people into thinking about guns in a vastly different way.”

But Holder has devoted much of his career to brainwashing people to believe that it is safe to trust government at all levels with vast power. In the Clinton administration he worked to expand asset forfeiture and to whitewash an FBI assault that left 80 people dead at Waco. Moreover, Holder championed Barack Obama’s prerogative to kill individuals on his own authority — the ultimate in absolute power.

Holder announced plans to resign in September, a month after his Ferguson publicity tour. The controversy around the Ferguson shooting spurred hope for reforms that might curtail perennial police abuses. But it would be naive to expect any new law to make federal, state, or local agencies honest and transparent on their use of deadly force. Nor is there any reason to expect the Justice Department to recognize that the Bill of Rights should trump politicians’ powerlust

This article was originally published in the November 2014 edition of Future of Freedom. 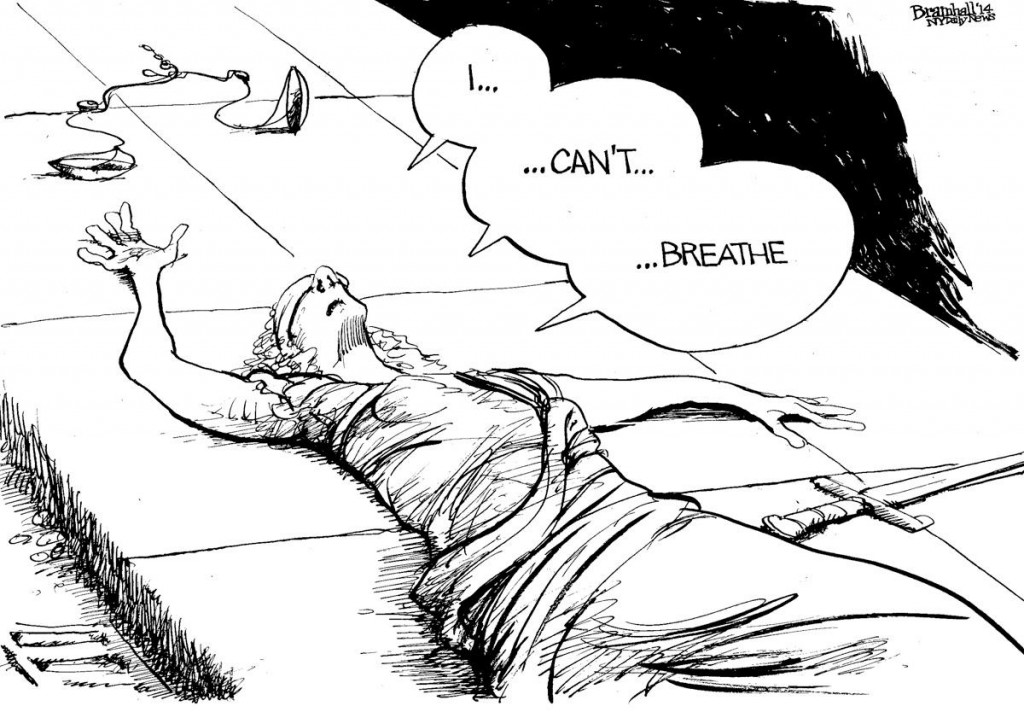