The following essay is excerpted from Freedom in Chains (1999) and was also published in The Freeman in September 1999.  I tweaked a few sentences but have otherwise not corrected glaring flaws.

Why does the federal government squander hundreds of billions of tax dollars year after year? Seeking to understand politicians and bureaucrats on the basis of private-sector decision-making models are doomed to failure. Efforts to “fix” government by ending specific boondoggles are quixotic crusades. Government will continue to be profoundly wasteful because that is how politicians maximize their power—a subject that interests politicians far more than do federal audit reports.

“Political language . . . is designed to make lies sound truthful and murder respectable, and to give an appearance of solidity to pure wind,” observed George Orwell.[1] Professor Ruth Grant wrote that “hypocrisy and politics are inextricably connected on account of the peculiar character of political relationships.”[2]

Since government relies on coercion to secure submission to its edicts, politics is largely the exercise of deception regarding the intended use of coercion.

The benevolence of government rarely transcends the venality of politics. Paternalism seeks to generate mass happiness by forcibly sacrificing as many people and groups as necessary to the Greater Good. And who defines the Greater Good? The same people who benefit from maximizing the sacrifices.

The amount of power a politician can seize is often inversely related to the politician’s honesty. If the politician openly tells people how much more coercive power he seeks and how he intends to use it, there will likely be strong opposition to the expansion of government. Politicians rarely wish to admit that they are pursuing a larger “market share” in the life of the average citizen.

Camouflaging government power grabs assure that many people will fail to resist until it is too late. This is the thumbnail history of Social Security, a program that illustrates the natural combination of paternalism and political fraud. As the Brookings Institution’s Martha Derthick observed, “In the mythic construction begun in 1935 and elaborated thereafter on the basis of the payroll tax, Social Security was a vast enterprise of self-help in which government participation was almost incidental.”[3] The Social Security Administration for decades told people that their payroll taxes were being held for each citizen in individual accounts; in reality, as soon as the money came in, politicians found ways to spend it.[4]

Social Security Commissioner Stanford Ross, after he announced his resignation, conceded in 1979 that “the mythology of Social Security contributed greatly to its success. . . . Strictly speaking, the system was never intended to return to individuals what they paid.”[5] Ross said that Americans should forget the “myth” that Social Security is a pension plan and accept it as a tax on workers to provide for the “vulnerable of our society.” But Senator Daniel Patrick Moynihan of New York accurately characterized Social Security taxes as “outright thievery” from young working people.[6]

A footnote in a draft portion of the report released Monday notes that after 2029, the Social Security trust fund will be “totally exhausted” and “current tax income will be sufficient to pay approximately 75 percent of the benefits due.” But that is not really a liability, the administration’s accounting experts explained Monday, because technically the government owes the money to itself, not the pensioners, and because Congress is free to change the amount paid Social Security recipients. After thinking about the political implications of that statement, however, more politically sensitive administration officials called reporters late Monday to stress that the government did not really have plans to cut back on Social Security payments. “It’s an accounting device,” one official said. “That’s all it is.”[8]

If the defenders of Social Security insist that the fraud was justified because otherwise the American people would not have accepted the coercive redistribution scheme, the question arises: What future limits should there be on government’s prerogative to deceive the people? If Social Security is an acceptable fraud, what would government have to do before it was considered to have gone too far? Social Security is a perfect symbol of political generosity: it robs scores of millions of young people, it halves the national savings rate, and thereby sabotages investment and productivity increases,[9] and it maximizes bureaucratic and political discretion over people’s fortunes. If the average worker had a dollar for every time a congressman lied about Social Security, his retirement would be safe. There is no “Honesty in Intervention Act” governing new laws or political action. Current taxpayers are still paying for the lies that politicians told to get re-elected in 1936, 1938, 1940, ad nauseam. The fact that politicians replace old lies with new lies does not reduce the burden on citizens of laws that were enacted on false pretenses generations ago.

Paternalism will always be based on political accounting, which is practically the opposite of private accounting. Businesses prosper by reducing costs, while politicians prosper by denying that costs exist. For politicians, it is more important that spending forecasts be popular than accurate. The more that politicians and bureaucrats underestimate the cost of their favored policies, the easier it becomes to hustle those policies to voters and other legislators. Medicare—one of the largest expansions of government power since the New Deal—steamrolled through Congress in 1965 in part because of a spending forecast that made the expansion of handouts seem easily affordable. By 1990, however, Medicare was costing almost ten times more per year than the 1965 forecast had predicted it would cost.[10]

The political concept of waste is almost diametrically opposed to the economic concept of waste. In economics. if an activity produces something that other people value, it can be successful; in politics. if a program garners votes, campaign contributions, or power, it is successful. Government programs are often  designed to waste money because politicians benefit from an inefficient, spendthrift program as much as or more than efficient, well-targeted programs. Congressmen brag about the amount of federal money spent in their districts, not about whether audit reports found minimal fraud.

Political accounting means that government leaders will be ignorant or misled or dishonest about the true cost of policies they impose. GAO’s financial report concluded: “Because of the government’s serious systems, record-keeping, documentation, and control deficiencies, amounts reported in the consolidated financial statements and related notes do not provide a reliable source of information for decision-making by the government or the public.”[11] GAO found that “significant financial systems weaknesses, problems with fundamental record keeping, incomplete documentation, and weak internal controls . . . prevent the government from accurately reporting a large portion of its assets, liabilities, and costs.”[12] Senator Fred Thompson of Tennessee declared, “We are spending almost $2 trillion a year and managing a $850 billion loan portfolio based on erroneous or non-existent information. It means basically that we don’t know what the government’s assets are, we don’t know what the government’s liabilities are, we don’t know what it costs to run government.”[13]

After the audit was released, a senior Clinton administration official told the Associated Press: “This is an old closet that we haven’t cleaned out in 200 years.”[14] If politicians are only going to have the closet cleaned out once every two centuries, they have no right to control the house. A report that should have been proof of the political class’s incompetence instead merely evokes another round of promises to try harder next time.

Cost Is No Object

Paternalism presumes that government agencies judiciously weigh costs and benefits before extending their power. However, many bureaucracies have little or no curiosity about the impact of agency actions on private citizens. The House Commerce Committee surveyed federal agencies and concluded in a 1997 report, “Where costs [of regulation to private companies] are addressed, they represent only the smallest and most insignificant portion of total costs. . . . With little or no documentation on the costs of regulation, agencies have no basis to judge whether any possible benefits from a new regulation would outweigh the possible costs of the regulation.”[15] Because government agencies do not have to pay for the costs they impose, they have no incentive to track the burdens. The committee warned that “federal agencies may inadvertently be exposing our Nation to incalculable economic harms.”[16] The only way such government ignorance could not be harmful is if it were true that government dictates are always superior to private decisions.

Governments do not squander money in a vacuum. The more of an economy that is subject to political command and control, the greater the opportunities and prosperity forgone. Wasteful government spending crowds out productive private investment.  As a result, the entire society becomes increasingly impoverished compared to what people could have achieved.

The supposed tradeoff between freedom and political control is based on the bogus premise that politicians will provide more welfare (after seizing increased power over everyone else) than private citizens can generate through their voluntary agreements and hard work. A 1998 report by economist James Gwartney and colleagues for the congressional Joint Economic Committee found that since 1960, average government expenditures for the 23 major industrial countries had risen from 27 percent of GDP to 48 percent of GDP in 1996—while the average economic growth rate “fell from 5.5% in the 1960s to 1.9% in the 1990s.” Gwartney observed: “While growth has declined in all [23] countries, those countries with the least growth of government have suffered the least.”[17] Gwartney concluded: “If government expenditures as a share of GDP in the United States had remained at their 1960 level, real GDP in 1996 would have been $9.16 trillion instead of $7.64 trillion, and the average income for a family of four would have been $23,440 higher.”

The failure of a government policy does not merely reduce the number of bureaucrats who receive “outstanding achievement” job evaluations. Governments cannot waste tax dollars without squandering part of the lives of the people who earned those dollars. There are human costs to every government snafu. A billion tax dollars wasted pre-empts 10,000 families from buying starter homes, or pre-empts 100,000 people from buying bottom-of-the-line new cars, or pre-empts a million people from taking a summer vacation, or pre-empts citizens from buying 40 million new books or 80 million cases of beer.

The value of liberty and personal independence is almost never factored into the calculus of paternalism. Social scientists, politicians, and bureaucrats consider the expected benefits of any proposed new rule and ignore the effect of its forcible imposition. Every government program, every government intervention, every government penalty carries a hidden cost of pre-emption. The fact that people prefer to live as they choose and not as others command never shows up on intellectual radar screens. If the costs do not show up in the official government budget, they do not officially exist. Any government cost-benefit analysis of a proposed new rule or regulation that disregards the value of individual freedom implicitly assumes that private freedom is a good at the disposal of the political class.

Since most politicians—simply by their career choice—desire power, any measure that increases power will be considered a success. If a policy increases the number of people beholden to them, then it is good as an end in itself. The ultimate conflict of interest that subverts paternalism is that government officials want power and citizens want freedom.

There is no reason to expect contemporary Leviathans to become significantly more efficient in the future. The only way to fix most government programs is to abolish them. Anything less will be little more than a future full-employment program for investigative journalists.

Paternalism is usually a mirage because politicians and govt. officials perennially deceive themselves & citizens about the costs of federal interventions https://t.co/VSA6XsEoj3

Many federal agents have zero curiosity about the impact of their actions on private citizens. Collateral damage voids no pensions. https://t.co/VSA6XsEoj3 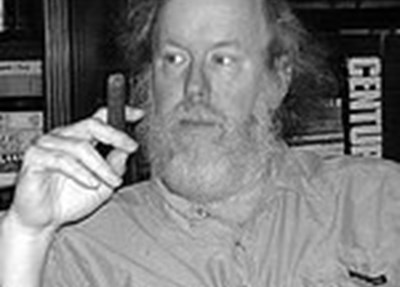 James Bovard is the author of ten books, including Public Policy Hooligan, Attention Deficit Democracy, and Lost Rights: The Destruction of American Liberty. Find him on Twitter @JimBovard.