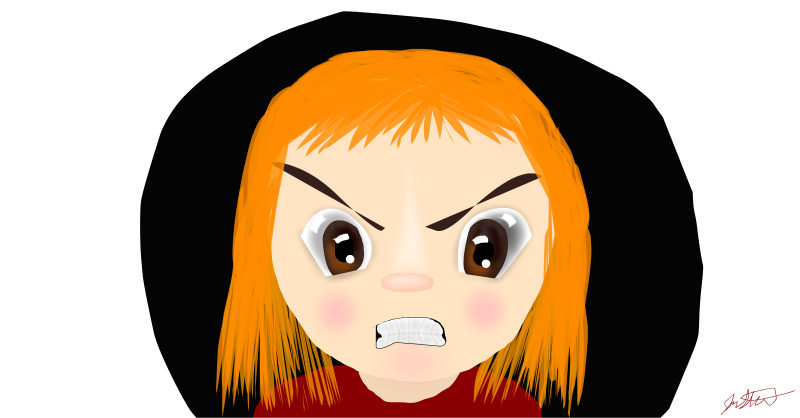 People sometimes ask me: “Have you always been hated?”  I’m not sure – I can’t vouch for my early years before I started writing.   But, despite my unceasing efforts to appease critics, my articles have provoked torrents of rage and loathing for more than a third of a century.

After a Washington Post columnist in 1984 reposted most of a bash on federal pensions I wrote for the Dallas Morning News, he received hundreds of phone calls from furious government workers.  My article’s attempts at wit utterly failed to mollify civil servants.  Here’s a repost of that Post column:


I returned to the topic of federal pensions in a Wall Street Journal piece that came out on February 14, 1985.  I was dating a federal employee at the time and that Valentine’s Day was so frosty that I didn’t even try to steal first base.  Actually, for most of the Washington women I met in the 1980s, my articles were a surefire contraceptive. After they read what I wrote,….. not a chance.

Some folks got riled by the line in this article: “public service was a refuge for unemployables.” But I was merely quoting a report by the House Post Office and Civil Service Committee that sought to explain Americans’ contempt for federal employees in the nineteenth century. And if you can’t trust congressional committees, who can you trust?!?

Last week, Budget Director David Stockman launched a
wintry denunciation of military pensions as a “scandal . . .
[and an] outrage,” but federal civilian retirement programs
cost taxpayers even more than military pensions ($22 billion
vs. $18.3 billion), and are an even bigger unjustified burden
on future generations.

Federal retirees are an aristocracy among senior citizens.
Civil servants can retire with full benefits 10 years younger
than private-sector workers, and their average pensions are 2
1/2 times larger than Social Security benefits. The Civil
Service Retirement System (CSRS) is the nation’s
third-largest entitlement program. We spend more ($22 billion
in fiscal year 1984) on fewer than two million federal
retirees than we do on 20 million recipients of food stamps
and Aid to Families with Dependent Children. About 100,000
federal retirees receive larger pensions than the current
salary of their former job, and 325,000 receive more than
their final salaries.

CSRS, from humble beginnings, has become one of the
sweetest subsidies short of sugar quotas. Around 1900, civil
servants began lobbying Congress for a pension program. But,
as the House Post Office and Civil Service Committee reported
in 1981, their efforts got nowhere because many Americans
were convinced “public service was a refuge for
unemployables.”

In 1920, Congress established the CSRS. The first pensions
were small, and most non-Post Office Department employees
could not retire before age 70. Pensions originally were
created as a management tool to humanely clear out employees
too old to do any productive work.

In 1942 CSRS added a retirement option at age 55 with a
heavily reduced pension. Congress justified this generosity
because civil servants received comparatively low salaries.
Also, there was a wage freeze on during the war, and generous
pensions were a way to boost compensation without violating
wage guidelines.

In 1962, Congress mandated that government and
private-sector salaries be comparable. But, though retirement
was the most lucrative civil-service perk, Congress excluded
pensions from the comparability formula. Also in 1962,
Congress added an annual cost-of-living adjustment (COLA) to
retirement benefits, making civil servants one of the first
groups to receive full protection against inflation.

In 1969, Congress revised the COLA formula to provide
increases of inflation plus 1% each year. In 1976, after
widespread public outcry, Congress abandoned the 1% bonus and
began giving retirees twice-a-year COLAs (Social Security and
all other entitlement programs were provided COLAs only once
a year). Between 1969 and 1982, inflation increased 162%,
while federal pensions rose 301%.

Congress was equally generous with the civil-service
disability-retirement program. Nearly one in four current
retirees retired on disability. Up until 1980, CSRS required
only that a worker show that he was unable to perform one
essential part of his current duties to receive total
disability. Many such retirees receive more in disability
benefits than their previous take-home pay.

A woman received a disability pension after slamming her
car door on her thumb in the office parking lot on the way to
work. A postal clerk went on disability after an “unpleasant
relationship” with a postmaster caused her gastrointestinal
pains. A recent attorney’s ad in the Washington Post
encouraged government workers to apply for disability
retirement because of depression or anxiety. Don Devine,
director of the Office of Personnel Management, complains:
“We allow some employees to retire on disability who have
much less severe handicaps than many of those we encourage
the agencies to hire.”

The new CSRS disability definition requires that “the
employee be disabled not only from performing in his own
position but also with respect to any vacant position to
which he might be reassigned at that grade level in that
agency and commuting area.” By contrast, Social Security
disability requires that a recipient cannot do any kind of
work for at least a year. CSRS disability retirees are
allowed to take other jobs as long as their earnings do not
exceed 80% of previous salary.

Last year, Congress raised Social Security’s eventual
retirement age to 67, and raised eventual payroll taxes to
7.65%. Yet, civil servants pay only 7% of their salaries and
can retire at age 55 with far better benefits. In 1983, the
average CSRS annual benefit was $12,912 vs. an average annual
Social Security benefit of $5,040.

CSRS benefits also far surpass private pension benefits.
Fewer than 40% of private-sector workers collect pensions
from their employers. Only 3% of private pensions have full
adjustment for inflation. CSRS benefits are based on the
three highest-paid years, while private plans are almost
always based on the five highest-paid years. According to the
Employee Benefits Research Institute (EBRI), civil-service
and military pensions (covering less than 5% of workers) paid
more benefits in 1979 than all private pensions combined.

CSRS has an unfunded liability of $512 billion that is
rising another $30 million each day. This adds out to roughly
$8,000 per U.S. family. But Rep. William Ford (D., Mich.),
chairman of the House Post Office and Civil Service
Committee, terms this mammoth unfunded liability a “quibble”
and doubts whether it is “really significant or relevant in
any way.”

When Congress passed the Employee Retirement Income
Security Act of 1974, CSRS was exempted from coverage. If
CSRS had to meet ERISA funding requirements, retirement costs
would equal 85% of payroll. Private pension plans, including
employer Social Security contributions, average about 17%,
according to OPM.

CSRS is a poor compensation system because it often costs
taxpayers far more than it benefits civil servants. CSRS
creates golden handcuffs that paralyze employee mobility. If
we really think civil servants are worth that much (the
pension equals 41% additional lifetime salary for career
retirees), we should give them the money now. As Mr. Devine
says, “Putting so much into deferred compensation is killing
to the spirit.” It is also inequitable, since 62% of federal
employees leave government without qualifying for a pension.

Federal employee unions claim that current pensions are
justified because civil servants contributed to their own
pensions. But since 1960, taxpayer contributions to CSRS have
soared 2,667%, while civil servants’ contributions rose only
449%. About 86% of CSRS costs came from taxpayers last year.
A 55-year-old, 30-year service retiree has paid for only
about 16% of his pension, counting interest.

Unions also insist that tor. he federal government should set
a model for the private sector This is the same argument
used to justify putting marble bathrooms in congressional
office buildings. There is no sense in depressing
private-sector workers’ standards of living so that they can
be edified by how nice Congress makes life for themselves and
federal retirees.

The Reagan administration favors changing the base for
retirement pay from the three-highest salary years to the
five-highest and reducing benefits 6 2/3% for every year
retired before age 62. Sen. Ted Stevens (R., Alaska) is
preparing legislation to control long-term retirement costs,
but his likely proposals would produce few if any savings
until the next century.

A just-published Congressional Research Service report
shows that there would be no additional costs from merging
CSRS with Social Security for existing federal employees.
(Federal employees hired after Jan. 1, 1984, are already
paying into both systems.) If all federal employees were
covered by Social Security, employees could set up voluntary
thrift plans matched by contributions from CSRS. This would
provide federal retirees a secure income without overly
encouraging early retirement or bankrupting the Treasury.
Congressmen would also have more incentive to read the Social
Security Board of Trustees’ annual reports.

We must end the two-class system for retirees in America.
There is no justice in raising taxes on private workers so
that civil servants can retire younger and live better. The
CSRS is inefficient, inequitable and indefensible.