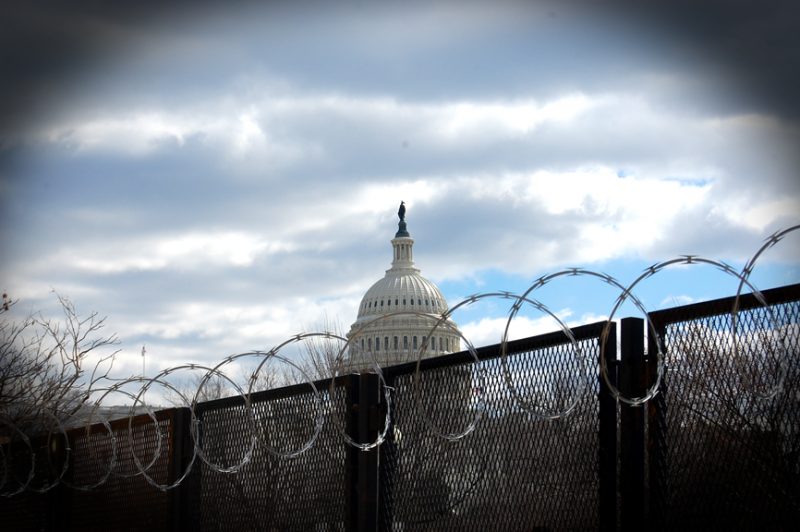 Emotionally gripping testimony is no substitute for the hard facts that the feds continue to withhold. Folks who violently attacked police or others on January 6 deserve to be vigorously prosecuted. But the “collective terrorism guilt” card for all protestors that day (mostly including people who never entered the Capitol) won’t play outside DC or the Acela corridor.

On February 9, I raised the issue of the role of FBI informants:

FBI informants played key roles in some of the most violent & controversial protests of this century. How many informants were involved in the January 6 Capitol clash? https://t.co/vV9JivGnsu pic.twitter.com/KB6udqAwu8

Have any members of Congress today demanded the release of the 14,000 hours of videotape taken inside the US Capitol from January 6? Full disclosure could settle many of the fierce controversies regarding that day.

Congressional hearing focuses on hearing of police officers. Would have helped to include the Inspector General & others who have exposed how horrendous failures by FBI, Capitol Police, & others left police outnumbered.

.@RepRaskin poses question: Were Jan. 6 protesters terrorists or were they tourists? Some protesters were violent & deserve prosecution. But zip-code-proximity is not sufficient to prove terrorist intent.

When did Congress & the Capitol Police canonize the BS that every protestor outside the Capitol on January 6 was a "terrorist"? This is a mockery of any reasonable legal standard.

This is a great line by @JimBovard:

I wrote about the likely train wreck of the January 6 court cases last week here.

My piece on "The Coming 'January 6' Train Wreck' set some readers on fire. https://t.co/GiCQsyj3JN pic.twitter.com/JRrqALMJDG

To investigate the January 6 Capitol clash, Nancy Pelosi touts the 9/11 Commission which was complicit in Bush's torture & shamelessly buried the evidence of Saudi govt. financing hijackers in America. https://t.co/17kW46ArgE

The 9/11 Commission was beloved in Washington because it kowtowed to The Powers That Be. A facade of “truth” is worse than no disclosure at all. Don't repeat same follies for January 6. https://t.co/17kW46ArgE

FBI ignored dozens of explicit warnings of trouble on January 6. Instead of more power & $$$ for FBI, simply buy them "Hooked on Phonics" programs so FBI agents can learn how to read https://t.co/TNNL1tceSB

First the Proud Boys leader & now an Oath Keepers boss. Who is keeping track of how many current or former federal informants were involved in the January 6 Capitol ruckus? https://t.co/5aTzimvCBP

After January 6, the de facto definition of terrorism seems to be “anything that frightens politicians.” This political stampede threatens to open a prosecutorial Pandora’s Box. https://t.co/abAvCbMFs6

The biggest illusion behind the push for a January 6 commission is that there is a political constituency in Washington for truth. As French essayist Paul Valery warned long ago, “At every step, politics and freedom of mind exclude each other.” https://t.co/A51RSrWf9b

Most January 6 protestors will be legally scourged for bad attitudes, not violence. Federal judge was outraged that one protestor boasted that he "scratched my balls" in Nancy Pelosi's office. https://t.co/DonxiFvXop

Blanket charges of sedition against January 6 protestors who were guilty merely of unlawful entry of the Capitol would mean scourging them as if they were political heretics. https://t.co/RElEUhJkpj

Slightly off-topic but a reminder that anyone who exposes government crimes is treated worse than most criminals: