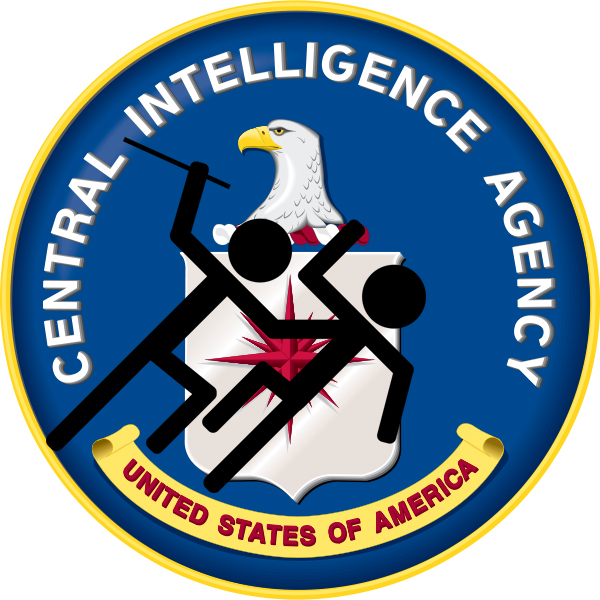 On December 21, the Central Intelligence Agency gave its Agency Seal Medal to Rep. Pete Hoekstra, the top Republican on the House Intelligence Committee. Hoekstra has labored almost ceaselessly to assure that the CIA can break federal laws with impunity.

CIA Director Leon Panetta announced at the ceremony for Hoekstra at CIA headquarters: “To honor your service, I want to present you with the agency Seal Medallion. You have been a strong voice for protecting the nation and we pay tribute to your service.” The official citation declared: “He worked to provide the Agency with the resources and support it needs to accomplish its mission.” Hoekstra responded: “I am honored and humbled to receive such recognition from the CIA.”

Hoekstra has been one of the most vigilant defenders of federal agencies that have ravaged Americans’ rights. As former CIA agent Ray McGovern reported, it was Hoekstra who “blocked any attempt to hold [National Security Agency chief Keith] Alexander accountable for his lie” in 2005 congressional testimony regarding the Bush administration’s massive illegal wiretaps of Americans. Hoekstra’s shining moment on the Intelligence Committee occurred when he proudly announced in 2006 that the U.S. military really did find weapons of mass destruction in Iraq. The main achievement of his press conference was to make Hoekstra a laughingstock.

When he was chairman of the House Intelligence Committee from 2004 to 2006, Hoekstra occasionally bemoaned the CIA’s misleading Congress. But when push came to shove, Hoekstra has worked tirelessly to protect CIA torturers from prosecution.

In April 2009, Hoekstra warned that torture investigations could have a “chilling effect” on interrogators.

In May 2009, when House Speaker Nancy Pelosi accused the CIA of lying to Congress regarding torture, Hoekstra denounced her for becoming a “wrecking ball” for CIA morale. In August 2009, Hoekstra talked as if any consideration of Bush-era torture abuses would leave the nation vulnerable to another Al Qaeda attack: “Attorney General Holder should know that as he increases the focus on America’s past counterterrorism efforts, he is distracting from the CIA’s current counterterrorism efforts.”

In September 2009, after Holder signaled that he was going to pretend to seriously consider prosecuting CIA interrogation crimes, Hoekstra declaimed: “The political witch hunt and endless investigations against the CIA being conducted by partisan ideologues need to stop.”

This past February, Hoekstra led efforts to successfully defeat the proposed “Cruel, Inhuman, and Degrading Interrogations Prohibition Act of 2010.” The bill would have made clear that CIA employees can be prosecuted if they use beatings, electric shocks, or attack dogs to interrogate detainees. Hoekstra denounced as “shameful” the effort by some Democrats’ effort to “target those we ask to serve in harm’s way.”

On October 31, when the Republicans were poised to recapture control of the House in midterm elections, Hoekstra announced that the House Intelligence Committee would conduct “vigorous oversight” over the Justice Department’s “review of potential prosecutions of CIA folks involved in interrogation programs.” Hoekstra didn’t care what CIA agents had done. Instead, the only issue was whether the outside chance of being indicted caused the nation’s premier interrogators to lose sleep.

When WikiLeaks began releasing U.S. State Department cables last month, Hoekstra raced in front of the TV cameras to denounce the “breakdown of trust.” Hoekstra fretted that American allies would ask: “Can the United States be trusted … to keep a secret?” Apparently, as long as federal crimes are kept secret, then the U.S. government remains trustworthy. Or at least that’s what people like Hoekstra want Americans to think.

I interviewed Hoekstra in 1999 for an article I wrote on AmeriCorps. Hoekstra was good on that issue — even though he insisted that his most incisive criticisms were “off the record.” But as time went on, Hoekstra became increasingly Washingtonized. In 2002, he announced that he would scorn his term-limit pledge to voters and seek more terms in Congress. Hoekstra justified betraying voters in part because he had been “selected for more senior leadership posts in Congress, including the Intelligence Committee.” Hoekstra did not seek another term this year so that he could pursue the governorship of Michigan. (He failed to win the Republican primary this past August.)

Hoekstra is not the first Intelligence Committee member to receive the CIA Agency Seal Award. Previous recipients include Rep. Jane Harman (D-California), Sen. John Warner (R-Virginia), and Sen. Pat Roberts (R-Kansas) — all reliable stooges for the agency. The Founding Fathers would spin in their graves at the notion of federal agencies giving awards to the congressmen who were supposed to be holding the leash on the agency. This is akin to a judge bragging about receiving a Public Service Award from some mobster who he made sure was found “not guilty.”

Perhaps the official oath of office for congressmen should be revised. Instead of representatives swearing to uphold the Constitution, they should instead openly pledge fealty to the CIA and other federal agencies. Can American democracy fall any lower than congressmen sending out press releases bragging about Lap Dog awards from agencies whose crimes they helped cover up?

James Bovard is the author of Attention Deficit Democracy [2006] as well as The Bush Betrayal [2004], Lost Rights [1994] and Terrorism and Tyranny: Trampling Freedom, Justice and Peace to Rid the World of Evil (Palgrave-Macmillan, September 2003) and serves as a policy advisor for The Future of Freedom Foundation.