Here’s a pleasant jaunt down memory lane…. part of a project I’ve been whittlin’ on for awhile.

.My Summer Road to Perdition
What did I learn as a young man laboring for the Virginia Highway Department? How to work slowly to slipshod standards.

Mayors, governors and congressmen are busily hyping summer jobs programs. Kids can learn a great deal from a season on the government payroll. I benefitted from my 1973 experience at the Virginia Highway Department, digging postholes, cutting brush and, best of all, wielding a chainsaw—an experience that proved invaluable for my future work as a journalist.

As a 16-year-old flag man, I held up traffic while highway employees idled away the hours. On hot days in the back part of the county, drivers sometimes tossed me a cold beer as they passed by. Nowadays, such acts of mercy might spark an indictment.

I did “roadkill ridealongs” with Bud, an amiable, jelly-bellied truck driver who was always chewing the cheapest, nastiest ceegar ever made—Swisher Sweets. The cigars I smoked cost a nickel more than Bud’s, but I tried not to put on airs around him.

We were supposed to dig a hole to bury any dead animal along the road. This could take half an hour or longer. Bud’s approach was more efficient. We would get our shovels firmly under the animal—wait until no cars were passing by—and then heave the carcass into the bushes. It was important not to let the job crowd the time available for smoking.

I was assigned to a crew that might have been the biggest slackers south of the Potomac and east of the Alleghenies. Working slowly to slipshod standards was their code of honor. Anyone who worked harder was viewed as a nuisance, if not a menace.

The crew’s foreman looked like he just stepped out of a Popeye cartoon to announce: “I’d gladly pay you Tuesday for a hamburger today.” His face and even some of his mannerisms were dead-ringers for Wimpy. He was lackadaisical about everything except quitting time.

His No. 2 guy was John—a stocky, boisterous fellow with dancing eyes who was happiest when he was tearing up a road with a bulldozer, especially if the road didn’t need ravaging.

To not shovel right, the shovel handle should rest above the belt buckle while one leans slightly forward. It’s important not to have both hands in your pockets while leaning, since that could prevent onlookers from recognizing “Work-in-Progress.” The key is to appear to be studiously calculating where your next burst of effort will provide maximum returns for the task.

One of this crew’s tasks that summer was to build a new road. John was indignant: “Why does the state government have us do this? Private businesses could build the road much more efficiently, and cheaper, too.” I was puzzled by his comment, but by the end of the summer I heartily agreed. The Highway Department could not competently organize anything more complex than painting stripes in the middle of a road. Even the placement of highway direction signs was routinely botched.

There was one exception to the highway job’s languid cadence. From 4:30 p.m. onwards each work day, teams returned to headquarters and commenced The Big Fret. Employees congregated in a sitting room (with no clock on the wall) to wait silently, almost breathlessly. Then—at some moment—one of the veterans decided it was 5 p.m. and everyone jumped up as if fleeing a ship that had struck an iceberg.

While I easily acclimated to this lethargy, I was pure hustle on Friday nights unloading trucks full of boxes of old books at a local bindery. That gig paid a flat rate, in cash, that usually worked out to double or triple the Highway Department wage.

The goal with the Highway Department was to conserve energy, while the goal at the book bindery was to conserve time—to finish as quickly as possible and move on to weekend mischief. With government work, time routinely acquired a negative value—something to be killed.

In the following decade, I hammered federal training and make-work programs in articles for this newspaper and other publications. Studies later proved that many of the participants in the two largest programs, the Comprehensive Employment and Training Act (1974-1982) and the Job Training Partnership Act (1983-1997), earned less later in life than those who never received government training.

The government has always been radically incompetent at imparting job skills or good work habits. Unfortunately, as long as politicians can profit from handing out jobs and paychecks, the waste and character damage will continue.

tagline:
Mr. Bovard, the author of “Attention Deficit Democracy” (Palgrave, 2006), is working on a memoir. 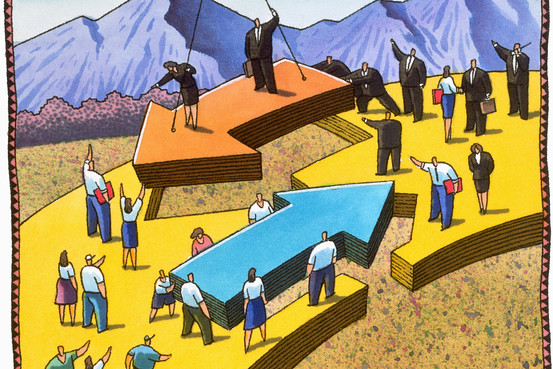 4 Responses to Wall Street Journal: My Summer Road to Perdition