Like Richard Nixon always said, the nation’s cartoonists are a pox on national security.  And now Garry Trudeau of Doonesbury has gone and exposed the secret calculations behind the latest U.S. intervention in Iraq. Sorta.

If American citizens had real-time access to the secret memos, emails etc. that are driving Obama’s latest bombing campaign in Iraq and Syria, the truth would probably be at least as absurd as this cartoon.   It is the secrecy that permits Obama to bomb with impunity.  Secrecy prevents far more opposition to Obama’s latest harebrained scheme for benevolent carnage.

And if the ISIS terrorists begin targeting Americans and U.S. facilities abroad or here, the Obama administration will assure us that there was no way they could have anticipated such a response to the bombing campaign against ISIS.  And homeland security and nitwit pro-bombing foreign experts will win lifetime job security as a result. 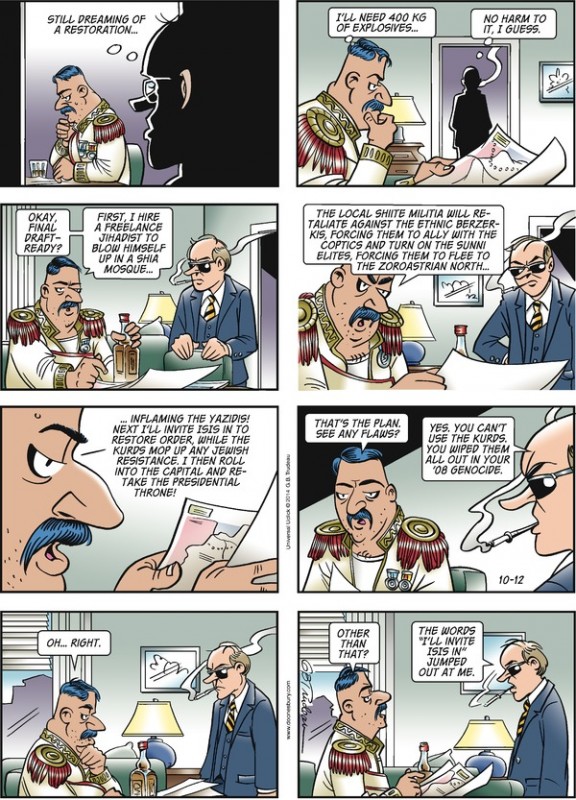