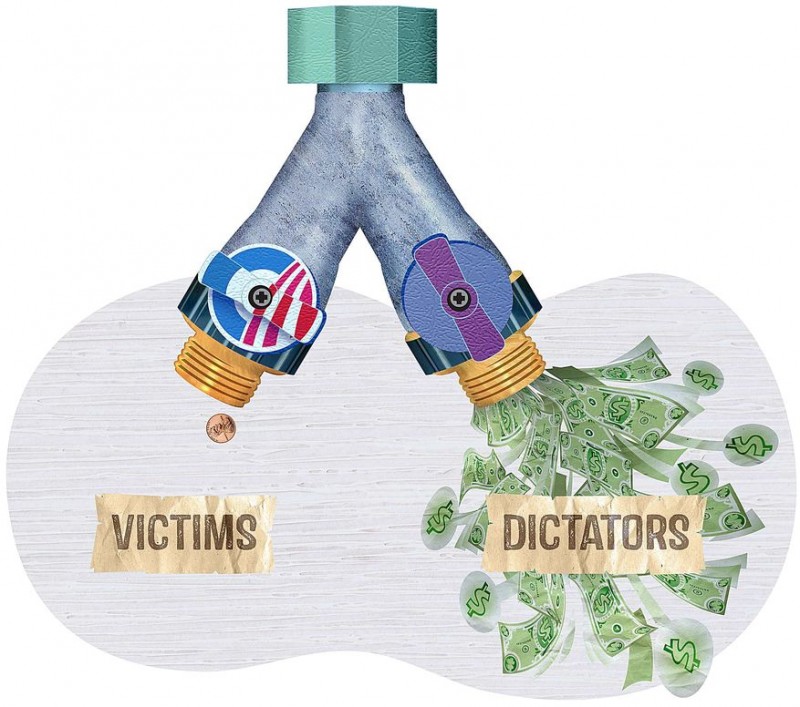 The president boosts aid spending rather than fixing its flaws

Four years ago, President Obama promised in a United Nations speech to “change the way we do business” with foreign aid and “seek partners who want to build their own capacity to provide for their people.” A year earlier, Secretary of State Hillary Clinton complained that “a lot of these aid programs don’t work” and lamented their “heartbreaking” record of failure. However, Mr. Obama, like numerous prior presidents, is more devoted to boosting aid spending than to fixing its flaws.

The Agency for International Development (AID), the largest foreign-aid bureaucracy, was caught last week massively suppressing audit reports revealing waste, fraud and abuse. More than 400 negative findings were deleted from a sample of 12 draft audit reports, The Washington Post reported. In one case, more than 90 percent of the negative findings were expunged before the report was publicly released. Acting Inspector General Michael Carroll buried the embarrassing audit findings because he “did not want to create controversy as he awaited Senate confirmation to become the permanent inspector general,” according to some AID auditors.

The most brazen case involved hushing up $4.6 million in illegal ransom money that AID paid in March 2012 to secure the release of the son of Secretary of Transportation Ray LaHood. Sam Lahood and 15 other Americans had been arrested after they entered Egypt illegally and engaged in prohibited political activism. At the time, a State Department official brazenly lied, denying that the payoff came from the U.S. government. This novel use of foreign-aid money might have caused an uproar if it had been revealed prior to Mr. Obama’s 2012 re-election.

This is not the first time that AID’s inspector general has been caught trying to bury a scandal. John Sopko, the special inspector general for Afghanistan reconstruction, revealed in April that AID has “covered up information” on U.S.-funded Afghan ministries’ potential links to terrorist organizations. Mr. Sopko has been appalled at how the U.S. government is denying bitter realities in Afghanistan: “I was stunned when senior State Department officials on my first trip to Kabul suggested how we should write our reports. They even suggested changes to our report titles and proposed that we give them our press releases in advance so they could pre-approve them.”

Ironically, AID has spent millions of dollars in recent years purportedly teaching foreign governments about the virtue of transparency — but the agency apparently exempts itself from its favorite admonitions.

The Post expose leaves in ashes the Obama administration’s 2010 campaign to restructure foreign-aid programs and budgets “based not on dollars spent, but on outcomes achieved.” AID chief Rajiv Shah pledged the agency’s “transformation based on absolute demand for results.”

Instead, AID continues using ludicrous boasts to hide its failures. At a 2011 congressional hearing, Rep. Jason Chaffetz, Utah Republican, the chairman of the House Oversight and Government Reform national security subcommittee, listed some of the agency’s farcical success claims on Iraq: “262,482 individuals reportedly benefited from medical supplies that were purchased to treat only 100 victims of a specific attack; 22 individuals attended a 5-day mental health course, yet 1.5 million were reported as beneficiaries; 123,000 were reported as benefiting from water and well activities that did not produce potable water; and 280,000 were reported as benefiting from $14,246 spent to rehabilitate a morgue.”

While Mr. Obama relishes talking about the lofty goals of foreign aid, he has utterly failed to reform an agency that has buried its head in the sand for decades. A 2009 AID report found that evaluation of U.S. foreign-aid programs “rarely assesses impact, lacks sufficient rigor, and does not produce the necessary analysis to inform strategic decision making.” This makes it easier for bureaucrats to shirk all blame for debacles they spawn. A 2013 Congressional Research Service report lamented that many AID staffers are “defensive … concerned that evaluations identifying poor program results may have personal career implications, such as loss of control over a project, damage to professional reputation, budget cuts, or other potential career repercussions.” Many AID bureaucrats care far more about themselves than the people the agency was created to help. At least AID’s “fail-and-repeat” tactic provides job security.

The whitewashings masterminded by AID’s acting inspector general fits the pattern of similar cop-outs by inspector generals at the Department of Homeland Security and elsewhere. While many people expected the Obama administration to change how Washington does business, agencies continue the same cons that have earned this city contempt from Key West, Fla., to Juneau, Alaska. “Good government” continues to consist of little more than postponing disclosures until long after the damage is done.

Foreign-aid fiascos did not begin with Mr. Obama; even President John F. Kennedy conceded “the troubled history of foreign aid.” The latest scandal is a reminder that the credibility of foreign-aid programs cannot survive sunlight. If the federal government cannot be honest with American taxpayers, then it is time for presidents and AID to cease playing world savior.

Thanks to Greg Groesch for the great art work.