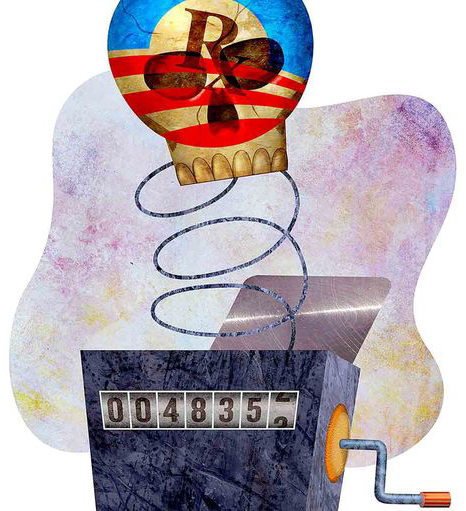 From the Future of Freedom Foundation’s February 2015 magazine –

Paternalism is a desperate gamble that lying politicians will honestly care for those who fall under their power. This axiom has been made stark with the controversy arising from a video of Jonathan Gruber, one of the architects of Obamacare, in which he admits that the administration conned the American public and blames dumb voters for the flimflam.

Gruber, an MIT economist, received a $297,000 contract for his 2009-2010 work on health-care reform and helped lead the charge for the Affordable Care Act. In a video from an October 2013 panel at the Annual Health Economists’ conference, Gruber explained how Obamacare was sold to the public: “Lack of transparency is a huge political advantage. And basically, call it the stupidity of the American voter or whatever, but basically, that was really, really critical to get this thing to pass.” In another 2013 appearance, Gruber declared that one provision of Obamacare was included because “the American people are too stupid to understand the difference.”

Gruber also expressed his disdain for Americans’ intelligence with a comic book he co-wrote on the virtues of Obamacare. In one panel, he boasts that “I was part of the team that came up with the reform that changed the way Massachusetts handles medical coverage for the uninsured.” Congress should investigate whether Gruber’s emails and comments as part of the Obamacare legislative team explicitly advocated deceptive packaging or expressed derision for the American public.

The real problem wasn’t voter stupidity — it was the systemic deceit at the highest level of the Obama administration. Gruber admitted that the Obamacare “bill was written in a tortured way to make sure CBO did not score the mandate as taxes. If CBO scored the mandate as taxes the bill dies.”

Gruber told his fellow economists that “if you had a law which … made explicit [that] healthy people pay in and sick people get money, it would not have passed.” So the Obama team covered the bill in smokescreens to hornswoggle people into acquiescing to the right-eous result. Thanks to sovereign immunity, neither Gruber nor other Obamacare authors need worry about being prosecuted for fraud.

Obamacare was enacted before the president’s supposed idealism became a laughingstock. Shortly before he signed the Affordable Care Act in 2010, Barack Obama told a University of Michigan audience, “When we don’t pay close attention to the decisions made by our leaders, when we fail to educate ourselves about the major issues of the day … that’s when democracy breaks down. That’s when power is abused.” Obama also declared that “we need an educated citizenry that values hard evidence and not just assertion.”

What we really need is a citizenry that recognizes that politicians are often far more devious than their friends in the media portray them. As comedian Lily Tomlin quipped, “No matter how cynical you become, it’s never enough to keep up.”

Obama sold his health-care bill by promising dozens of times that people would be allowed to keep their doctor and health plans. Millions of insurance cancellation notices later, no one believes the president. The mainstream media was far more gullible on Obamacare than average voters. The administration’s slippery assertions were perennially reported as “hard evidence” when they should have been portrayed as political spin.

While Mr. Obama’s “best and brightest” have openly derided average Americans, it wasn’t “stupid” voters who built the Obamacare enrollment website that crashed and burned last year. It wasn’t “stupid” voters who vastly overestimated Obamacare enrollment. (The administration conceded in November that enrollment in 2015 will be far less than forecast.) It wasn’t stupid voters who threw private health planning into chaos with a deluge of often senseless, politically motivated federal mandates.

The Brookings Institution’s Martha Derthick observed, “In the mythic construction begun in 1935 … Social Security was a vast enterprise of self-help in which government participation was almost incidental.” In 1979, Social Security Commissioner Stanford Ross conceded that “the mythology of Social Security contributed greatly to its success…. Strictly speaking, the system was never intended to return to individuals what they paid.” When the feds default on Social Security payments promised to current and future generations, citizens will learn too late that 10,000 political promises are worth less than one wooden nickel.

Democratic politicians and the so-called liberal media scrambled to curtail the damage from Obamacare architect Jonathan Gruber’s proclamations on stupid voters and deceitful legislative tactics. A New York Times editorial dismissed Gruber’s comments as “impolitic,” while The New Republic largely exonerated him as an “independent-minded professor” devoted to the public good. However, the “nothing to see here, move along” defense is doomed to fail.

White House spokeswoman Jessica Santillo responded to Gruber’s comments: “The Affordable Care Act was publicly debated over the course of 14 months, with dozens of congressional hearings, and countless town halls, speeches, and debates.” Obama exonerated the process by declaring that “we had a year-long debate” over the proposed law.

But to assume that the process was transparent because “hearings were held” is like claiming that political campaigns are honest because “speeches were made.” It doesn’t matter how many hearings occurred if the administration conned Congress and the American people on the key assumptions underlying the law. That is akin to prosecutors who withhold exculpatory evidence from a defendant and then insist that a wrongful conviction must not be overturned because “a trial was held.”

Gruber has been christened “the Oracle of Obamacare,” and he boasted in 2009 of the “black box” computer program he used to gin up the numbers to support the Obama legislative agenda. The Washington Post reported that one official involved in crafting the Obamacare legislative package “said Gruber and his staff of three could provide answers overnight, when it often took weeks to run the same questions through the Office of Management and Budget or the Congressional Budget Office.”

Gruber was hired to provide intellectual cover for one of the greatest power seizures of modern times. He was endlessly touted as a genius from the Massachusetts Institute of Technology — Senate Majority Leader Harry Reid labeled Gruber “one of the most respected economists in the world.” If he had hailed instead from Appalachian State University, politicians and pundits would have asked far more questions about the “black box” that spun out the numbers to make the Obamacare legislative proposal seem nondisastrous.

Invoking a secret computer model is more suasive in today’s Washington than the tricks Merlin the magician practiced in King Arthur’s court. Econometrics has long been a tool to sanctify almost any half-witted intervention politicians favored. For instance, the farm lobby has never lacked arcane models crafted by government agricultural economists proving that America benefits from paying farmers more than their crops are worth.

Unfortunately, contemporary Washington is calibrated to defer to experts who defer to politicians, providing an intellectual Praetorian Guard for the constant growth of Leviathan. As Denver University professor David Ciepley noted, “Starting in the First World War, and much more so during the New Deal and World War II, American social scientists became part of the autonomous state themselves, helping staff the mushrooming government agencies.” The closer intellectuals get to politicians, the more weaselly they usually become.

Playing off Gruber’s derision of average Americans, one wag suggested a new acronym — L.I.E. — for Low Information Experts. Gruber and many other professors have gotten rich by pretending that government is far more competent than it actually is. Economist Robert Skidelsky, writing about the history of modern socialism, observed that “the collectivist belief system existed independently of the facts of modern life.” The same is true of the academic cadre who profit by vindicating endless government interventions that breed chaos and dependency.

The shenanigans by which Obamacare was enacted vivify how far this nation has fallen from the Founding Fathers’ ideals. We increasingly have a caretaker democracy in which rulers dupe and punish citizens for their own good. Supposedly, voters still enjoy self-government because they are permitted a token choice in who will deceive and shackle them.

Politicians do not have a divine right to deceive those they intend to benefit — or at least to control. Unfortunately, there is no such thing as retroactive self-government. Laws are not nullified after the exposure of the deceits that led to their enactment. Will the new Congress have the courage and wisdom to repeal Obamacare before it further ravages Americans’ freedom and health care?