After Baltimore descended into chaos, remember that Gov. Martin O’Malley was so proud of the anti-gun law he got enacted into 2013.  We have seen that Baltimore police did not or could not defend people – and O’Malley’s law makes it far more difficult for citizens to acquire the means to defend themselves.

Baltimore Mayor Rawlings-Blake repents: 'We don’t have thugs in Baltimore. We have a lot of kids that are acting out."http://t.co/a11c7Om25v

And here’s a truly sad photo of what Baltimore is tonight – “boots on the ground” at Inner Harbor – in lieu of the throngs of baseball fans and usual customers. 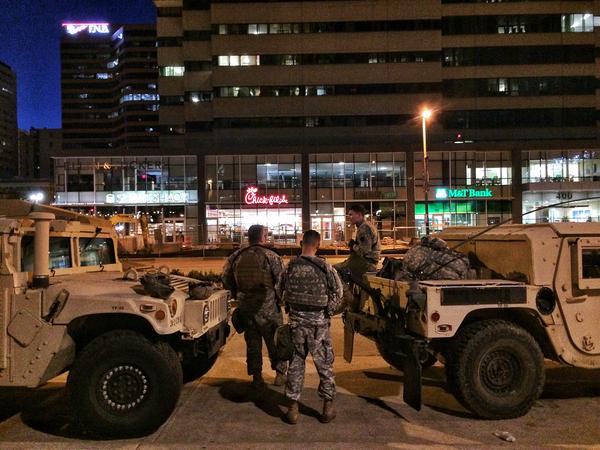