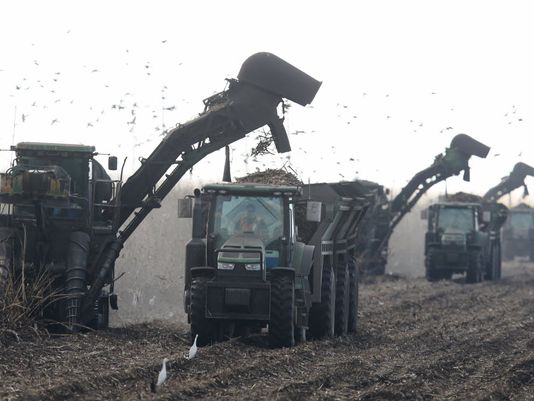 America would be more prosperous if not a single sugar beet or sugar cane were grown anywhere in the United States because bankrolling sugar production in Florida makes as little sense as growing bananas in Maine. So when Sen. Marco Rubio, R-Fla., walked into the Koch conclave earlier this month and defended his home state boondoggle in front of the most powerful enemies of corporate welfare, he became the bravest man in politics.

Rarely has such political daring been offered in a more worthless cause. Federal price supports and import quotas combine to force American consumers to pay more than $3 billion a year in higher prices, according to the Commerce Department.

Federal sugar policy has a long, sordid history. In 1816, Congress imposed high tariffs on sugar imports in part to prop up the value of slaves in Louisiana. In the 1890s, Congress abolished and then re-imposed the sugar tariff, spurring a boom-bust in Cuba that helped drag the U.S. into the Spanish-American War.

Sugar is perhaps America’s least efficient welfare program, costing consumers vastly more than it benefits farmers. Despite subsidies, the number of sugar growers has fallen by about half in the past three decades. The General Accounting Office estimated in 1995 that 1% of sugar growers captured almost half of all the benefits from the program.

As a result of the high prices, candy and other food manufacturers are shifting production to foreign nations (especially Canada). A study by Agralytica, an economic consulting firm, estimated the sugar program has cost over 120,000 jobs since 1997.

Because the U.S. mainland does not have a natural climate for sugar production, farmers have to compensate by dousing the land with fertilizer. As nearly 500,000 acres of the Everglades have been converted from swampland to sugar fields, phosphorous from the fertilizer has ravaged the region’s ecosystem. Politicians have launched hugely expensive efforts to curb the environmental harm but, as a New York Times 2010 exposé proved, the sugar industry benefited, not the Everglades.

The sugar program offers perennial confirmation of H.L. Mencken’s adage that every election is an “advance auction of stolen goods.” Congress shafts consumers because the sugar industry has directed millions to politicians, including almost $50 million in campaign contributions and lobbying between 2008 and 2013 alone. The economic arguments offered in defense of the program are merely camouflage for political plunder.

Food manufacturers, environmental groups and free-market activists are leading another assault on the program, and lawmakers are pushing a bill to limit the disruption the sugar program inflicts. That’s a first step, not a solution.