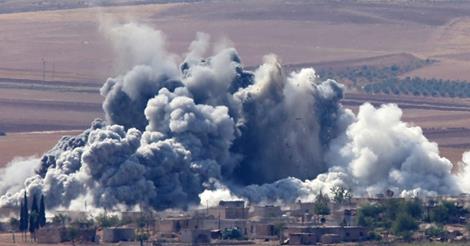 Will Trump launch another missile attack on Syria based on less evidence than required to issue a jaywalking ticket in New York City?  A New York City cop couldn’t get away with “somebody (who I won’t identify) told me you was on 7th Avenue yesterday afternoon – near where a jaywalking incident took place” to write up a citation.   But that might suffice for the Trump White House.

The White House last night claimed it heard the Assad regime will do a chemical weapons attack. This was a surprise to Pentagon and State Department officials who knew nothing about the latest rumor – perhaps courtesy of a Middle Eastern intelligence agency seeking to drag US deeper into this quagmire.

The American media cheered Trump’s April attack on Syria regardless that the White House put forward no independently verified investigation to justify its killing.  I am not naïve enough to expect a similar attack would not also be cheered.

If Trump admin. knows everything happening in Syria, why have US bombs mistakenly killed so many civilians there? https://t.co/u1Rb8W3kzH

Will Trump attack the Syria govt. again based on less evidence than cops need to write a jaywalking ticket? https://t.co/u1Rb8W3kzH