My Hill oped, “Do Trump’s liberal critics seem increasingly unhinged?,” has spurred more than 3000 comments on the Hill website,  where it was the most popular article mid-morning.  Here are some of the thoughtful feedback from readers, along with some humorous ones at the bottom. 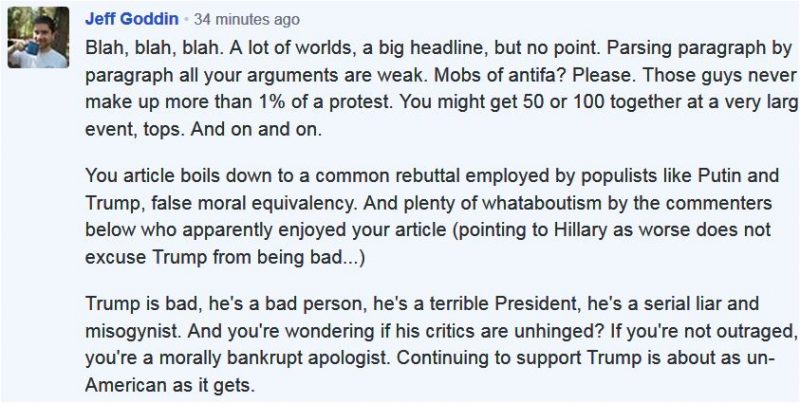