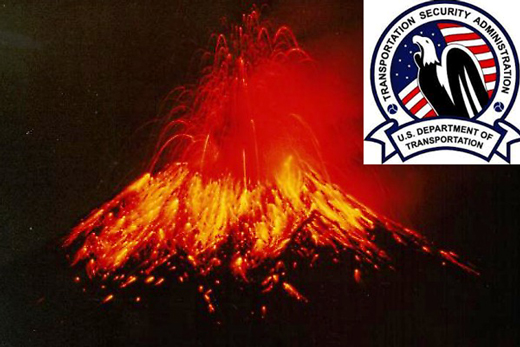 My USA Today oped yesterday,  “Thanksgiving travel: Trump’s holiday gift is more invasive airport security,”  enraged many Trump supporters and got me tagged as a pussy snowflake, part of the “HATE Trump agenda,” libtard, moron,  brain dead, clown, left wing bigot, dopey liberal, leftist loon, and “leader of the idiots.”  It is surprising to see how many people’s devotion to the president leads them to absolve an agency that has long abused Americans.

But the backlash at least balances out my record, since Tuesday’s article in The Hill (“Do Trump’s liberal critics seem increasingly unhinged?”) got me denounced – mostly by liberals and leftists –  as a   Nazi light ding dong, crypto-fascist, Russian agent, moron,  and “Trump cluck.”

The only point of agreement between the Trump supporters & the angry liberals is that I am a “moron.”  Well, that’s a start.

I am accustomed to sparks flying after my articles are published.  But I am surprised to see the scant concern for the decent Americans victimized every day by TSA screeners.  My article discussed the case of Jenna McFarlane, a 56-year old teacher; a TSA agent told her “to spread my legs wider” and proceeded to “touch my vagina four times with the side of her hand,” as she formally complained to TSA afterwards.  Here was one appalling retort:

Actually, USA Today has done far more to expose and oppose TSA abuses than has the editorial page of any other national newspaper. Here’s a link to an article I wrote for them in 2015 (“TSA Has No Excuse to Continue the Groping“) and another in 2016 (“My Too Intimate Relations with the TSA“) 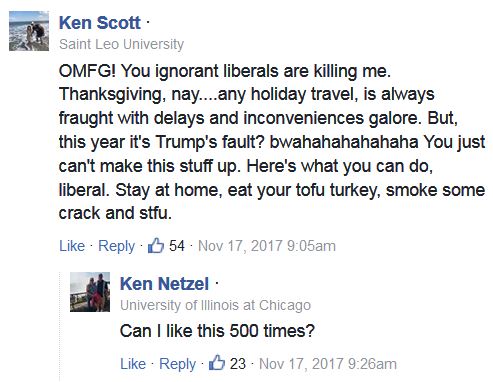 And other comments that likely made their authors burst with pride – 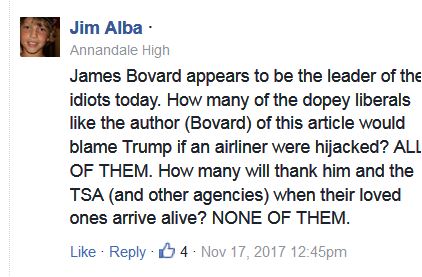 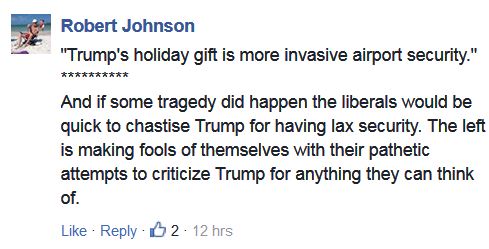 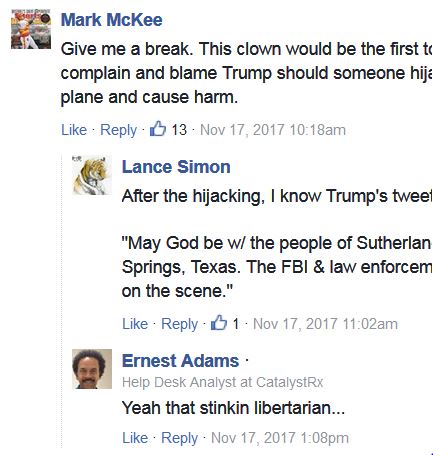 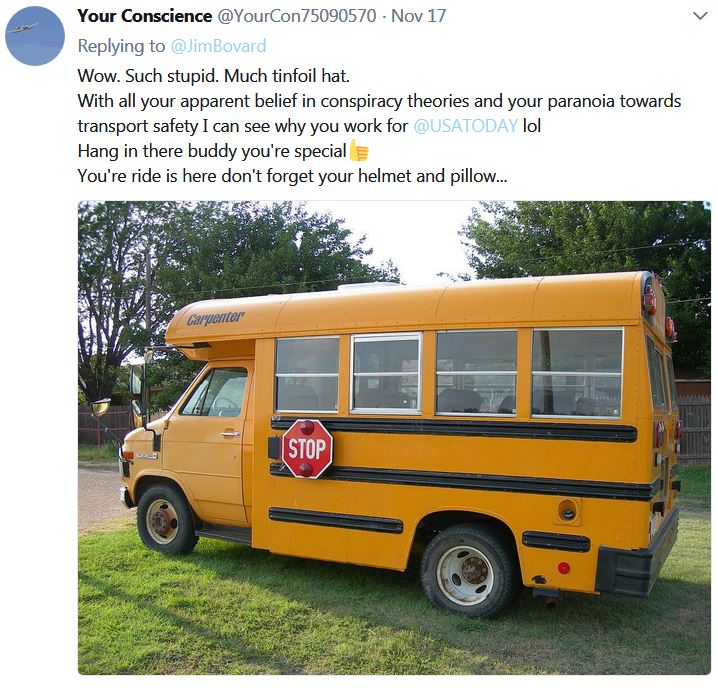