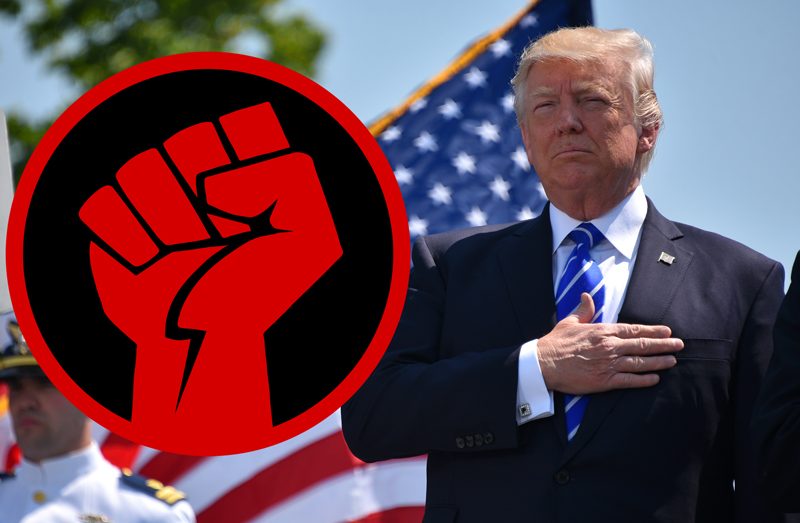 President Trump has said and done many things to appall the friends of freedom. From Trump’s pro-torture comments to his praise of police brutality to his cruise-missile barrage against Syria to his threat to annihilate North Korea, there are ample signs that he scorns a freedom-and-peace posture.

Unfortunately, many of Trump’s opponents are even more statist than the president. Marking the anniversary of Donald Trump’s election, the Washington Post Magazine presented “38 ideas for repairing our badly broken civic life.” Post Magazine editor Richard Just explained that “all of us … should be able to agree that some future-pondering about the state of our democracy is in order.” Many — if not most — of the Post’s recommendations from experts, artists, and writers were insipid or authoritarian. Some of the proposals provided chilling examples of liberal/leftist power-lust in the Trump era.

Some of these “democracy fixes” would destroy the tattered remnants of federal legitimacy. Sending in federal marshals or the National Guard to shut down private schools would be far more explosive than Eisenhower’s sending in the 101st Airborne to desegregate Central High School in Little Rock, Arkansas. Sending federal agents door to door to seize uninsured firearms would produce endless havoc and bloodshed. Forcing all young people to forfeit several years of their lives to AmeriCorps or the military would spur mass bitterness and pervasive resistance. Giving politicians and bureaucrats new pretexts to confiscate and redistribute paychecks would severely discourage “labor force participation” — i.e., working for a living.

Many Trump opponents are the same type of zealots who, in the late 1700s, proudly labeled themselves “Friends of Government.” In their eyes, Trump’s greatest sin is tarnishing the majesty of the presidency and the federal government. Trump is exposing the sham of a Leviathan Democracy which pretends that presidents will be philosopher kings — instead of merely talented vote catchers. However, Trump cannot be blamed for destroying Americans’ trust in Washington. That was already achieved by presidents such as George W. Bush and Barack Obama, whom the media — such as the Washington Post editorial board — occasionally exalted to the skies.

Unfortunately, many people, happy to believe the worst about Trump, will heave all their skepticism overboard when the next political savior is anointed. Such naivete is being encouraged at the highest levels of Democratic Party. For instance, in her recent book, What Happened?, Hillary Clinton claimed that, according to George Orwell’s Nineteen Eighty-Four, the goal of abusive regimes “is to make you question logic and reason and to sow mistrust towards exactly the people we need to rely on: our leaders, the press, experts who seek to guide public policy based on evidence, ourselves.” In other words, the most famous anti-totalitarian novel in history supposedly teaches people to defer to their masters. The fact that this bizarre passage was written, edited, proofread, and published exemplifies the blind power-lust of Clinton and her advisors.

Trump’s critics are correct that the president has too much arbitrary power. As French political philosopher Benjamin Constant wrote in 1815, “It is in fact the degree of force, not its holders, which must be denounced…. There are weights too heavy for the hand of man.” The sheer amount of punitive power possessed by the federal government is one of the best gauges of potential tyranny. We should strive to permanently reduce the power of the presidency to destroy liberty regardless of who is tweeting from the Oval Office.

Thanks to Pixabay for the royalty-free fist