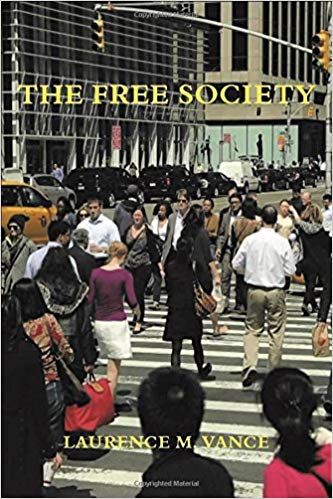 At the Mises Institute conference in Auburn in March, Laurence Vance kindly gave me a copy of his latest book, The Free Society. Laurence is one of the hardest working writers I know, and this is his 27th book.  Laurence is also the editor of the Classic Reprints series and the director of the Francis Wayland Institute. He holds degrees in history, theology, accounting, and economics. He has written for a wide array of libertarian and religious publications, including the Independent Review, Freedom Daily,  Liberty, Chronicles, the Journal of Libertarian Studies, the Journal of the Grace Evangelical Society, and the Review of Biblical Literature.

The Free Society is a 468 page collection of 127 hard-hitting libertarian pieces previously published by the Future of Freedom Foundation and LewRockwell.com.  He points out that Americans “are complacent when it comes to government edicts” and “ignorant as to what a free society really means.”

Laurence is a devout Christian and he gracefully explains why libertarianism should be embraced by people of faith.  His perspective is a welcome contrast to that of some freedom activists who sound as if they would like to cast all believers into Purgatory.  His Christianity and his libertarian beliefs combine to spur criticisms of U.S. militarism.  As Professor Paul Gottfried observed, “Vance is a staunch opponent of American military ventures and combines his religious opposition with carefully wrought arguments against the effects of the interventions that he criticizes. To his credit he lost an academic post at a Baptist college in Pensacola for being too vocal in his criticism of our Iraqi adventure.”

The book has a wealth of information on public schools, taxes, drug policy, freedom of association, prostitution laws, pornography bans, and a bevy of other topics. I have written about the idiocy of the Reagan administration dictate prohibiting people under the age of 21 from drinking alcohol, but I learned a lot from Laurence’s analysis of how that particular fiasco was hatched.  His article on “Beards and a Free Society” defends the New York Yankees’ ban on players with beards, explaining that freedom of association permits both players and team owners to reach agreements without federal meddling.  Given my feelings about both baseball and New York, I was not tempted to shave after reading his piece.

Paperback versions of The Free Society are available for $19.95 from Amazon. 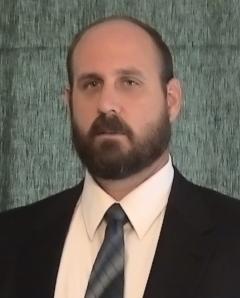 July 4 Lesson: Fighting for Freedom is Winning
Sedition 1996-Style: Speech on the Destruction of American Liberty