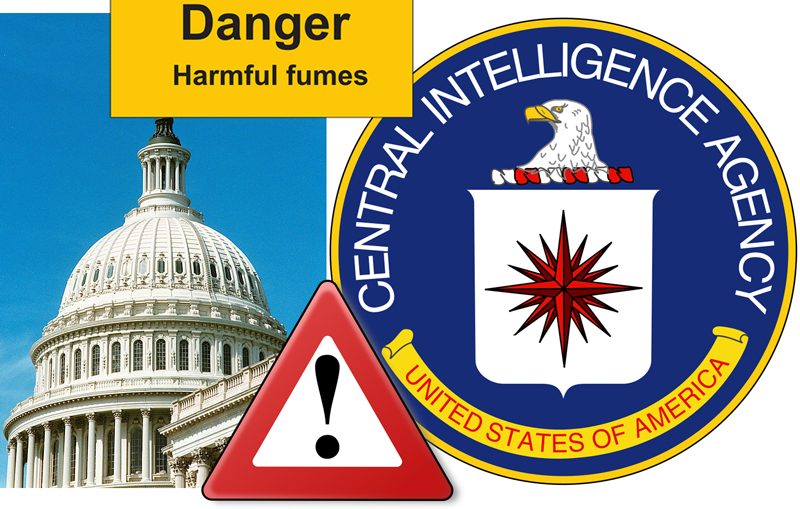 Lying and piety go together in Washington like ham and eggs. After 9/11, a profusion of government falsehoods on Iraq and other topics ravaged official credibility. The political class responded with an endless profusion of promises to “speak truth to power.” Unfortunately, there are far more Washingtonians praising honesty than there are honest politicians.

According to Wikipedia, “Speaking truth to power is a nonviolent political tactic, employed by dissidents against the received wisdom or propaganda of governments they regard as oppressive or authoritarian.” Ironically, that phrase has become one of the favorite accolades in the least trusted city in America.

When seven-term congressman and low-watt Republican functionary Porter Goss was nominated in 2004 to become CIA chief, Sen. Barbara Mikulski (D-Md.) endorsed him after he promised to “always speak truth to power.” Fat chance: after he was confirmed, Goss speedily sent a memo to CIA employees muzzling them, declaring that their job was to “support the administration and its policies in our work.” Goss bungled the CIA so badly that the Bush administration heaved him out less than two years later. Columnist Walter Shapiro observed, “Normally under Bush, promoted-above-your-abilities incompetence is not a firing offense unless, of course, you drown an entire city.”

“Speaking truth to power” had a starring role in the 2005 Senate coronation of John Negroponte, America’s first director of National Intelligence. While working as Reagan’s ambassador to Honduras, Negroponte perennially denied that the Honduran regime was committing vast atrocities, despite its killing of tens of thousands of its own citizens. (Honduras was aiding the Nicaraguan Contras at the time.)

Yet, when the Senate Intelligence Committee held his confirmation hearing, he was treated as if he were Diogenes waiting to carry his lamp into the White House. Sen. Jay Rockefeller (D-W.Va.) talked about Negroponte’s record breeding “a tough and disciplined man with self-esteem and with the willingness to make decisions and to tell truth to power, which I think is key in all of this.” Sen. Jon Corzine (D-N.J.) filibustered: “It seems to me that it is almost imperative that the director of national intelligence — what’s the term? — speak truth to power or whatever the phrase is will be absolutely a requirement.” Senator Mikulski also recycled the “speak truth to power” bromide while kowtowing to the nominee. The Democrats on the committee approved Negroponte at the same time they permitted Republicans to thwart their investigation into whether the Bush administration deceived the nation regarding intelligence on Iraq. (Negroponte was confirmed by the full Senate in a 98-2 squeaker.)

Mike McConnell, a retired admiral and prominent defense contractor, took Negroponte’s place in early 2007. McConnell never wearied of proclaiming in congressional testimony and TV interviews, “My job is to speak truth to power.” This claim was rarely challenged, allowing McConnell to preen to greater credibility. In reality, his job was to frighten Americans who sought the truth about government. McConnell helped frighten Congress into submission with bizarre tall-tales, as when the Bush officials falsely claimed that al-Qaeda could imminently attack Capitol Hill — coincidentally when Congress was considering legislation to expand and extend NSA wiretaps on Americans.

When Michael Hayden was nominated as CIA chief in 2006, Sen. Carl Levin (D-Mich.) vouched that Hayden would “speak truth to power.” But Hayden profoundly misled Congress regarding the CIA’s torture program, and his credibility was demolished in the 2014 Senate Intelligence Committee report on the enhanced-interrogation program.

From 2010 to 2016, James Clapper served as director of National Intelligence. He scored a “speaks truth to power” honorific when Defense Secretary Ash Carter awarded him the Distinguished Civilian Service Medal. He is much better known for his false 2013 congressional testimony denying that the National Security Agency collected data on millions of Americans. Legal experts marked the day earlier this year when the statute of limitation expired for indicting Clapper for perjury. Law professor Jonathan Turley observed, “The problem is not that the perjury statute is never enforced. Rather it is enforced against people without allies in government.”

When James Comey was nominated as FBI chief in 2013, the ACLU and Human Rights Watch protested his role providing legal buttressing for Bush-era torture. But Comey worked the media so well that people probably thought he copyrighted “speaks truth to power.” But, from misrepresenting the FBI’s ability to crack an Apple iPhone encryption, to falsely promising transparency after the Orlando Pulse nightclub massacre, to perpetuating often deceptive FBI interview practices, he failed to live up to his hype.

The “speaks truth to power” surge hit new high-water marks this spring with the nomination of Gina Haspel to be CIA chief. Haspel was notorious for her role in the Bush-era torture scandal. She was perhaps best known for sending out an order to destroy 92 videotapes of waterboarding. As an ACLU analysis noted, “In 2004, one year before the tapes’ destruction, a judge ordered the CIA to ‘produce or identify’ records relating to the treatment of detainees in CIA custody. That order came as a result of a legal challenge by the ACLU. One year later, a federal judge in a separate case ordered the government to search for video or audio recordings of detainee interrogations. In clear defiance of the courts, the CIA destroyed the tapes.”

As acting CIA chief, Haspel had discretion to determine exactly what details from her 33-year CIA career would be disclosed to Congress. The public heard about her meeting Mother Teresa but details on her linchpin role in the torture scandal were sparse.

Many of her supporters recited the “speaks truth to power” accolade as if they were trained seals waiting to earn a treat. At the brief Senate Intelligence Committee hearing to confirm Haspel, Sen. Roy Blount (R-Mo.) threw Haspel a soft ball: “Talk about your sense of obligation to present those facts and to speak truth to power at a moment when it matters.” Haspel replied, “Truth to power is one of CIA’s most important missions.” (She also assured senators and the television audience that “my parents gave me a very strong moral compass.”) Haspel initially dodged making criticisms of the torture program but eventually conceded that “the program ultimately did damage to [CIA] officers.” After the committee hearing, she sent a letter to senators assuring them, “I have spent my life speaking truth to power.”

Shortly before the vote on her nomination, the Senate Intelligence Committee “restricted access to a classified memo that Democratic staff put together, detailing Haspel’s role in advocating for torture and later destroying related evidence,” The Intercept reported. Sen. Ron Wyden (D-Ore.) complained of an “A to Z” coverup of Haspel’s torture record.

There was an uproar by liberal activists, libertarians, and others about the CIA’s withholding of Haspel’s record. That did not stop Sen. Richard Burr, chairman of the Senate Intelligence Committee, from announcing during the Senate confirmation vote, “Gina has also the courage to speak truth to power, and she has demonstrated that courage time and again.” Sen. Mark Warner (D-Va.), the ranking Democrat whose public support for Haspel clinched her confirmation, portrayed himself as an innocent victim of Haspel’s stonewalling: “I wish she had been more open with the American public during this process.” Then he declared, “Most importantly, I believe she is someone who … will speak truth to power.” Perhaps Haspel will speak truth after she finishes destroying all the evidence of federal criminality.

Praising nominees’ candor seeks to make Americans believe that honesty has a snowball’s chance in hell inside the Beltway. But people who speak truth to power tend to end up fired, exiled, shafted, or imprisoned:

The notion that some official will stalwartly tell the truth is supposed to spur Americans’ faith that Washington can be redeemed — as if we are only two or three nominations away from honest government. This is why “speaks truth to power” is lathered onto almost any nominee without multiple felony convictions. But it remains the political equivalent of a used-car dealer’s swearing a vehicle was previously owned by a grannie who only drove on Sunday afternoons.

“Truth delayed is truth defused” is a much better guide on how most political appointees will behave. But, as former New York City mayor Michael Bloomberg declared in a recent commencement address, “When we tolerate dishonesty, we get criminality.” Bloomberg labeled “our own willingness to tolerate dishonesty in service of party, and in pursuit of power” as “the greatest threat to American democracy.” Unfortunately, there is no reason to expect this threat to subside anytime soon.

Promising to “speak truth to power” encourages Americans to view political life as a fairy tale — or perhaps a variation of the old story of a young George Washington confessing to his father about axing a cherry tree. But this wishful storyline obscures the profound damage to the Constitution and to Americans’ rights and liberties that both parties have inflicted for decades. As Haspel’s case illustrates, political appointees receive far more career boosts from covering up atrocities than from speaking truth to power.

This article was originally published in the August 2018 edition of Future of Freedom.

MP3 of Knoxville Interview on the Lies that Fill Military Cemeteries
Podcast: Hitchhiking to an Antiwar Awakening