Millennials like Communism?!? I was vaccinated against it when I traveled to Romania, dodging secret agent hookers, surly clerks, and gullible guards with machine guns.  I avoided arrest and whacked hell out of the regime in the New York Times after I returned. Two years later, an uprising ended with the execution of the country’s dictator – the best Christmas present Romania ever received. Here’s the latest podcast –

And here’s the link to the audio version – http://freedomfrauds.libsyn.com/my-train-trip-to-communist-hell?tdest_id=838883 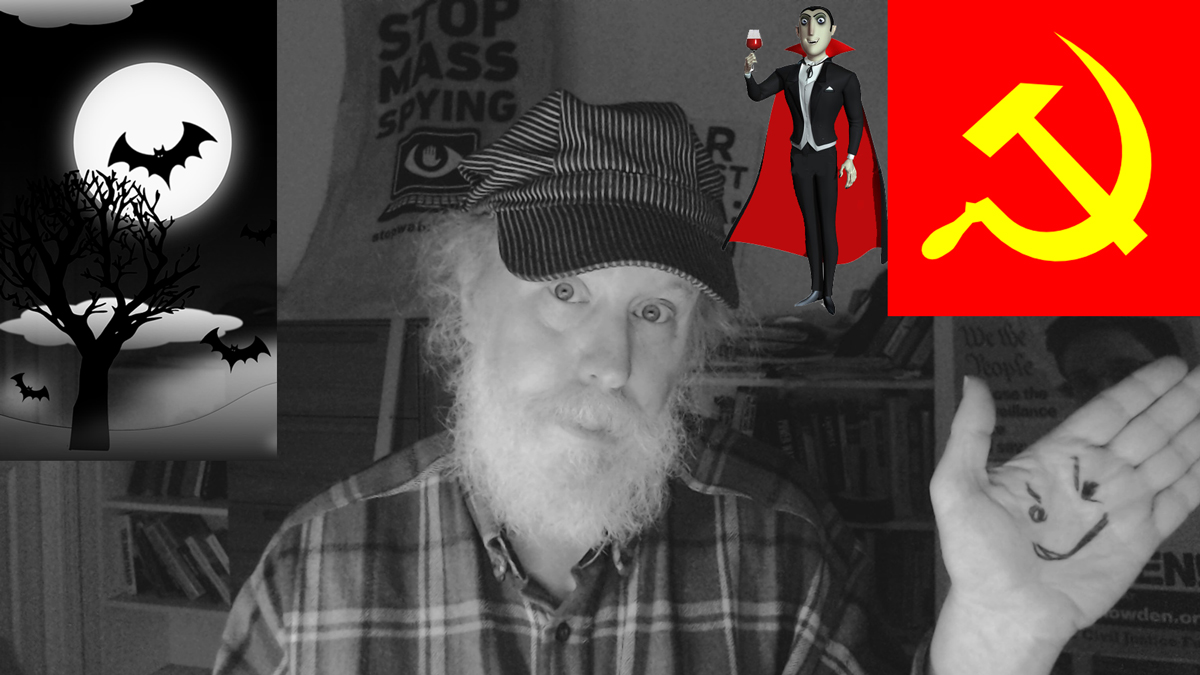 BODY: IN the wake of the summit talks between President Reagan and the Soviet leader Mikhail S. Gorbachev, there is profit to be gained from examining East European economic reforms. Most Soviet economic reforms are direct descendants of the earlier reforms in Hungary and Yugoslavia. Seeing what happened in East Europe provides insights into what we might expect to see in the Soviet Union.

Eastern Europe is much closer to economic collapse than most westerners realize. After hundreds of so-called market-oriented reforms, there are still no market economies in Eastern Europe.

While the newly industrialized countries of the third world are building factories with the most advanced technology, Eastern Europe is increasingly a museum of the early industrial age. From Czechoslovakia to Poland and Bulgaria, factories are old, equipment is obsolete, and infrasructure is collapsing. East Bloc governments responded to the economic crunch of the early l980’s by slashing Western capital imports and decimating investment. The result were temporary trade surpluses and long-term economic decay.

According to the Paris-based Organization for Economic Cooperation and Development, almost half of the export products of the East Bloc six – Bulgaria, East Germany, Hungary, Czechoslovakia, Poland and Romania – that were competitive on world markets in l980 were no longer competitive by l985. The market share and absolute dollar sales of the products that Eastern Europe can still export are plummeting.

East Europe is rapidly becoming part of the third world – and many third world countries are surpassing it economically. Comparing the export performance of the East Bloc and the so-called capitalist Gang of Four – Singapore, Hong Kong, Taiwan and South Korea – we see that in every area, both absolute and relative Eastern Bloc share in the Western countries’ markets have fallen in the l980’s while the exports from the Gang of Four have soared.

Until recently, the Eastern Bloc could rely on its solid industrial base and low-cost labor to fill the voids in Western markets. But, now, Singapore, an Asian city-state with only two million residents, exports 20 percent more machinery to the West than all of Eastern Europe.

Although Eastern Bloc exports are relatively inconsequential to the Western economies, they are a life-or-death matter for the Eastern Bloc. Without hard currency earnings, Eastern Europe can neither modernize its factories nor pay the interest on debts.

Instead of responding to these failures and finally allowing private ownership of the means of production and domestic competition, Eastern Bloc governments – sometimes with the help of the World Bank and the International Monetary Fund – are imposing brutal austerity programs to slash living standards and create more surpluses for government bureaucrats to invest.

In Hungary, on Jan. l, the Government will begin imposing what the people are calling ”Swedish taxes on Ethiopian wages,” a heavy value-added tax, plus huge price rises on basic necessities. In Poland, the Government is talking about saving the economy by doubling prices.

Throughout Eastern Europe, governments have tried to reform economies while retaining pervasive political control of the prices, businesses and production. Eastern Bloc economies cannot be reformed without the Communist Party voluntarily surrendering much, if not most, of its power. In Eastern Europe, as in the Soviet Union, this will not happen.

As the Hungarian economist Janos Kornai notes, the major change to have come from Hungary’s economic reforms has been the replacement of direct control by indirect bureaucratic control. But this has made little difference and cannot stem the economic decline.

Thanks to collapsing exports, a wave of loan defaults will sweep Eastern Europe. The O.E.C.D. reports that the Eastern Bloc’s total debt to export ratio soared from 1 1/2-to-1 in l984 to 2 1/4-to-1 in l986. Any ratio higher than 1-to-1 is considered dangerous. Hungarian economists estimate that debt service will soak up 92 percent of Hungary’s export earnings by l989, almost guaranteeing some kind of loan default. Poland has already effectively defaulted; Romania was forced to reschedule debt payments last year and repeatedly threatens to stop paying any interest on its debt; Bulgaria could easily go belly up soon, and Hungary was only saved in October by a billion-mark credit line from the West German Government.

The export decline is part of a general economic and social collapse in East Europe. As the Harvard University population expert Nick Eberstadt notes, life expectancy has declined in five of the six East European countries since l970. Population is stagnant or declining in many East Bloc countries, thus guaranteeing pervasive labor shortages. And pollution is far worse in East Europe than elsewhere in the industrialized world.

IN recent years, each Eastern Bloc economic reform has been judged by questions like, ”Does it increase the private sector’s share of the economy from 3 to 5 percent of the total, or does it trim subsidies to floundering factories by l0 percent?” Each East Bloc politician’s speech endorsing limited private activity is hailed as a major breakthrough – and sufficient justification for another billion dollars in I.M.F. or World Bank aid.

But such questions are now almost irrelevant. Today, the only real measure is, ”Does the reform make the East European country’s products competitive on world markets against the products of Taiwan, Singapore or Hong Kong?” With a crushing debt load and a huge technology gap, cosmetic changes are no longer meaningful. Any reform that does not increase competitiveness on world markets will not stem the decline in living standards.

The continuing export collapse and the eventual loan defaults could easily provoke mass uprisings. Already in Hungary, workers have set their own factories on fire – and prevented firemen from dousing the flames. In Romania, workers in the industrial city of Brasov recently battled for six hours with the militia, reportedly killing two militiamen. And Poland remains a powder keg awaiting only another price rise to explode.

We can see the Soviet Union’s future in Eastern Europe’s past. Cosmetic changes are not enough to resurrect a bankrupt system. As long as the economy remains the private fiefdom of the Communist Party politicians, Russia will continue reaping a bumper harvest of poverty.

Thanks to Pixabay  for the copyright-free icons.