In a bombshell report yesterday, the Justice Department Inspector General found that the Federal Bureau of Investigation made “fundamental errors” and persistently deceived a secret court to authorize surveilling a 2016 Trump presidential campaign official. Inspector General Michael Horowitz did not find that the FBI’s actions were spurred by political bias but that conclusion is not necessarily shared by Attorney General William Barr. Unfortunately, this is only the latest episode of decades of FBI misconduct before America’s most powerful secret court.

Perhaps the most jolting revelations in the IG report detail the FBI’s efforts to secure a Foreign Intelligence Surveillance Act (FISA) search warrant to use against the Trump campaign after suspicions were raised of Russian collusion. A FISA warrant is the nuclear bomb of searches, authorizing the FBI “to conduct, simultaneous telephone, microphone, cell phone, e-mail and computer surveillance of the U.S. person target’s home, workplace and vehicles,” as well as “physical searches of the target’s residence, office, vehicles, computer, safe deposit box and U.S. mails,” as a FISA court decision noted. The FISA court is extremely deferential, approving 99% of all search warrant requests.

A litany of missteps by the FBI

The IG report concluded FBI officials made 17 “significant inaccuracies and omissions” in its submissions to the FISA court to secure warrants to target former Trump advisor Carter Page: “FBI personnel fell far short of the requirement in FBI policy that they ensure that all factual statements in a FISA application are ‘scrupulously accurate.’ We identified multiple instances in which factual assertions relied upon in the first FISA application were inaccurate, incomplete, or unsupported by appropriate documentation, based upon information the FBI had in its possession at the time the application was filed.”

The FBI refrained from launching a FISA warrant request until it came into possession of a dossier from Christopher Steele, a former British intelligent agent. The Steele dossier played  “a central and essential role in the decision by FBI [Office of General Counsel] to support the request for FISA surveillance targeting Carter Page, as well as the FBI’s ultimate decision to seek the FISA order,” the IG report concluded. The FBI “drew almost entirely” from the Steele dossier to prove a “well-developed conspiracy” between Russians and the Trump campaign. The IG found that FBI agents were “unable to corroborate any of the specific substantive allegations against Carter Page” in the Steele dossier but the FBI relied on Steele’s allegations regardless. 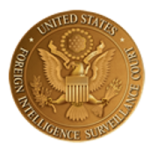 The FBI withheld from the FISA court key details that would have undercut the dossier’s credibility, including a warning from a top Justice Department official that “Steele may have been hired by someone associated with presidential candidate Clinton or the DNC [Democratic National Committee].” The FBI also deceived the FISA court by wrongly claiming that Steele’s prior informant work had been “used in criminal proceedings” by the Justice Department. The CIA disdained the Steele dossier as “an internet rumor,” one FBI official told IG investigators. The IG report obliterated the credibility of the Steele dossier.

Inspector General Horowitz’s conclusion that FBI abuses and failures were not the result of political bias has not swayed some officials. Attorney General William Barr commented, “The Inspector General’s report now makes clear that the FBI launched an intrusive investigation of a U.S. presidential campaign on the thinnest of suspicions that, in my view, were insufficient to justify the steps taken.” Barr complained that though the “the evidence produced by the investigation was consistently exculpatory… surveillance was pushed forward for the duration of the campaign and deep into President Trump’s administration.” U.S. Attorney John Durham, who is leading a criminal investigation into the origins of the Russian probe, also issued a stunning dissent, noting that “we advised the IG that we do not agree with some of the report’s conclusions as to predication and how the FBI case was opened.”

Instances of the FBI’s abuse of power

Yesterday’s IG report was only the latest in a long series of revelations about FBI misconduct at the FISA court:

*In 2002, the FISA court revealed that FBI agents had false or misleading claims in 75 cases and a top FBI counterterrorism official was prohibited from ever appearing before the court again.

*In 2005, FISA chief judge Colleen Kollar-Kotelly proposed requiring FBI agents to swear to the accuracy of the information they presented; that never happened because it could have “slowed such investigations drastically,” the Washington Post reported. So FBI agents continued to have a license to exploit FISA secrecy to lie to the judges.

FBI machinations at the FISA court are especially perilous to American democracy because that court is extremely docile to federal agencies. The FISA court “created a secret body of law giving the National Security Agency the power to amass vast collections of data on Americans,” the New York Times reported in 2013 after Edward Snowden leaked court decisions. FISA decisions have “quietly become almost a parallel Supreme Court…regularly assessing broad constitutional questions and establishing important judicial precedents, with almost no public scrutiny.” The court’s servility can boggle the imagination, such as its rubber-stamping FBI requests that bizarrely claimed that the telephone records of all Americans were “relevant” to a terrorism investigation under the Patriot Act, thereby enabling N.S.A. data seizures later denounced by a federal judge as “almost Orwellian.”

Ironically, the FISA court was created in 1978 to prevent Nixon-style political spying. Unfortunately, it took three years for Americans to learn that the FBI relied on bogus claims to snare a FISA warrant targeting a presidential campaign. The power of the FBI and the secrecy of the FISA court are both dangers to our democracy unless there are radical reforms at both the FBI and the FISA court, future elections may be plagued by similar travesties.