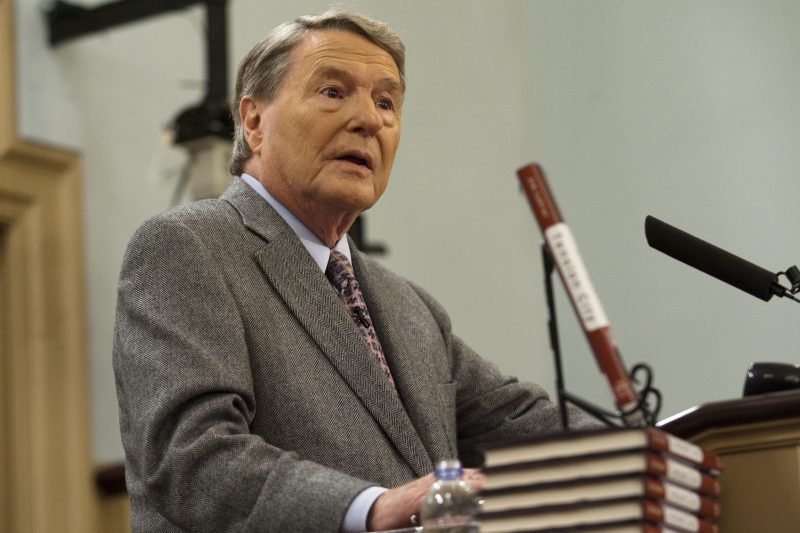 “Why is Mr. Bovard considered so out of it in other words?” PBS Newshour host Jim Lehrer asked the other panelists as a 1990 brawl on farm subsidies wrapped up.  Shocked, shocked that PBS considered me a radical….

Jim Lehrer passed away today.  He was a legend of Washington broadcast journalism – a gracious host in a city that often applauds rudeness. I was on his program a few times and came across like the skeleton at the pro-government feast.  What the heck – I enjoyed the chance to hammer Congressman Charlie Stenholm in 1990.  I slammed the Agriculture Department for paying farmers not to farm: “These programs are supposed to be a safety net but are actually a ball and chain on American farmers. The U.S. farm policy is like trying to compete against Japanese high tech industry by paying IBM not to make computers.” Stenholm, whose west Texan family had collected vast amounts of subsidy payments in the preceding years, whined, “As we say at home, that dog won’t hunt.” After another clash, Stenholm bemoaned: “Mr. Bovard’s not living in the real world….I can’t believe anybody pays his salary.” Nobody was paying my salary.  A couple weeks earlier, I had written in the New York Times:  USDA “will reward farmers for keeping idle almost 60 million acres this year – equivalent to shutting down all the crop land in California, Colorado, Kentucky, Louisiana, Montana and Wisconsin…. Every acre of Government set-aside land is an indictment of the failure of Federal planning.”

In 1993, I brawled with U.S. Trade Representative Mickey Kantor on the Clinton administration’s protectionist bullshit on the Lehrer Newshour.  You can see that video here.  Since I have few photos of me wearing a coat and tie from those years, here are a few screenshots from that show. 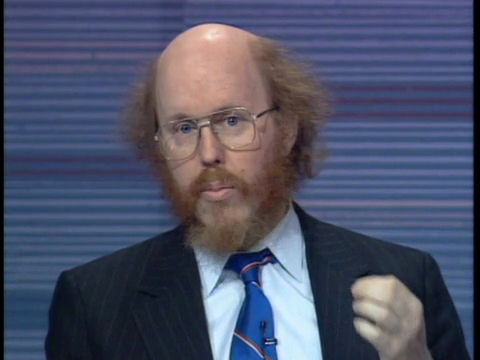 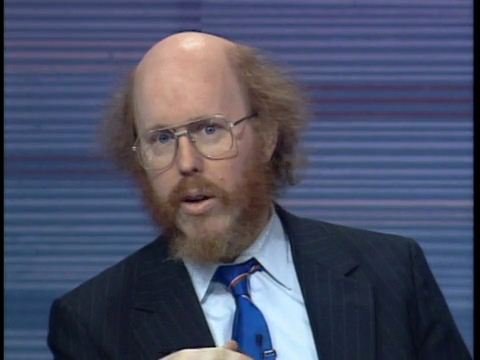 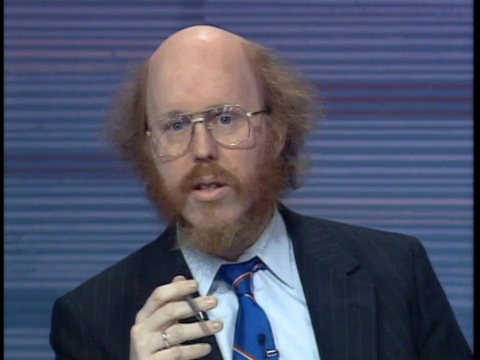 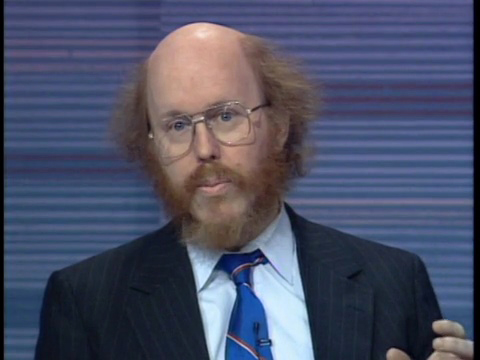 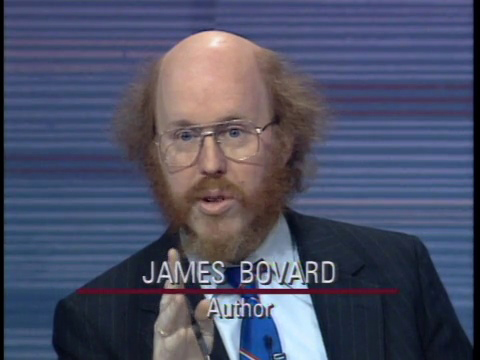 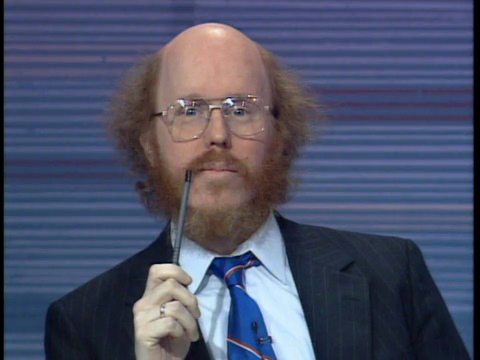 NATO: The Dangerous Dinosaur by Ted Carpenter
Washington is Ramming REAL I.D. Down Our Throats