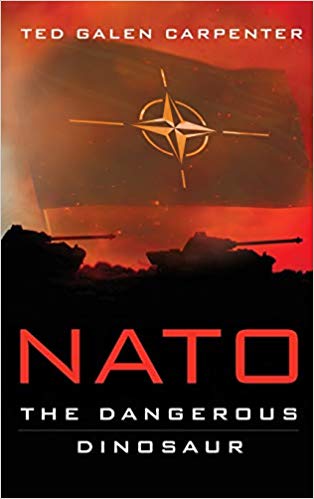 If you’re seeking to understand how NATO became a peril to keeping America at peace, check out an excellent new book by my friend Ted Carpenter, NATO: The Dangerous Dinosaur. NATO did superb work thwarting Soviet aggression in Europe. But NATO had no purpose after the Soviet Union dissolved. Unfortunately, NATO responded by continually expanding, bringing in new nations and the opportunity for the U.S. to get dragged into squabbles regardless of our national interest. In 1999, NATO led a bombing campaign against Serbian leader Slobodan Milošević – even though Serbia had committed no aggression against any NATO member. Killing hundreds of innocent Serb women and children was not a harmless error for NATO. In 2011, NATO carried out a bombing campaign against Libya to topple its ruler, Moammar Qaddafi. Chaos and mass killing followed, and Libya is now vexed by a civil war. Now President Trump wants to rename the organization as NATO-ME – to include Middle East nations and new pretexts for benevolent carnage. This is one of Trump’s worst ideas yet, about as smart about as boasting about seizing Syrian oil. Carpenter wisely concludes that NATO “is not only obsolete for the conditions of the 21 century, it has become a dangerous albatross around the neck of the American republic.”

One Response to NATO: The Dangerous Dinosaur by Ted Carpenter