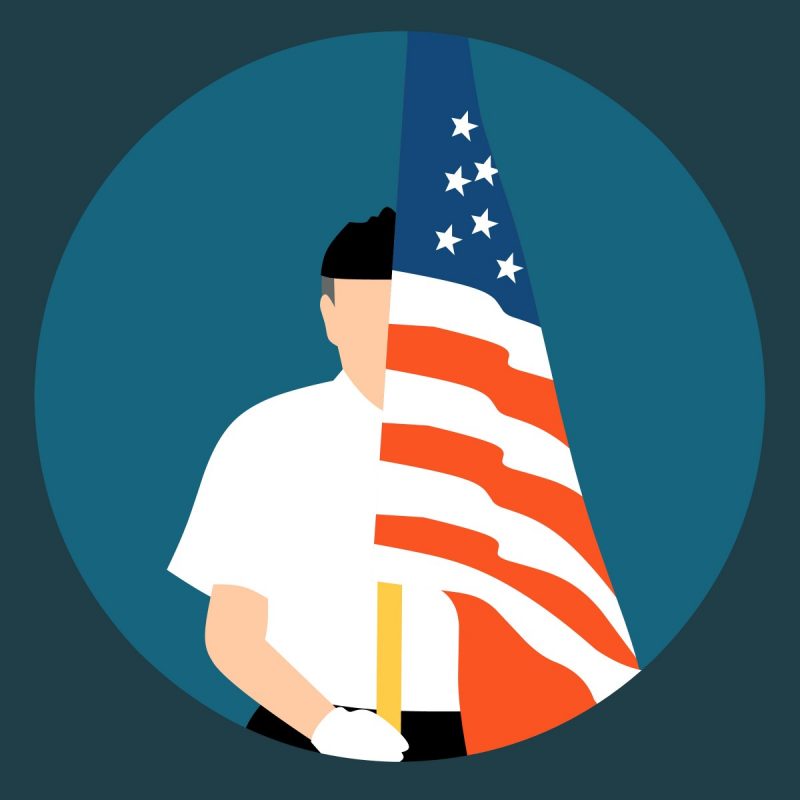 This week is the 70th anniversary of the start of the Korean War.  Here is my hat tip to a veteran of that war I met decades ago at the Baltimore Bus Station.

On Veterans Day, I remember ‘Bobie’ from Baltimore

Veterans Day is a time for parades and tributes to those who served in America’s armed services. But most celebrations ignore the human carnage that inevitably follows when politicians send their fellow citizens off to foreign wars. Considering the endless wars of the post-9/11 era, we need to remember those who fought and never recovered. I learned that lesson firsthand more than 40 years ago in a Baltimore bus station.

I was hitchhiking from southwest Virginia to New England in 1975 when my thumb ran out of luck. I ditched my hitchhiking sign and headed to the Trailways depot to buy a ticket. That station was overstocked with down-and-out types who looked like their luck had also expired long ago. On the other hand, with my scruffy red beard and battered railroad engineer cap, nobody mistook me for a Brooks Brother model.

I was a country boy who scoffed when I realized that almost everyone in that depot was avoiding eye contact with everyone else. Since I was not aloof, I soon had a guy with a brown bag and a bottle sitting next to me telling me his life story. He offered a swig from the bag, but I declined since I never drink anything I couldn’t see.

His name — as he printed it in my notebook — was “Bobie.” I didn’t quibble with his spelling, or with the four different names he called me over the next few hours. (He sat next to me on the bus ride to New York City.) He was a 40ish, gaunt white guy with sunken cheeks and tousled hair. Though he was haggard, he clearly had a solid build in earlier decades.

He was an Army veteran who talked of being pinned down for weeks in Korea after the North Korean Army launched a surprise attack in 1950 that threw American foreign policy into chaos. Bobie finally got a respite after Gen. Douglas MacArthur outflanked the North Koreans with a surprise landing at Inchon. He didn’t say much about the Korean War, which probably seemed a thousand years ago to him (and to most Americans nowadays).

But it was in Vietnam where Bobie’s soul got shredded. He was on patrol one day – part of the Johnson administration’s strategy to use U.S. troops as bait to flesh out the Viet Cong and North Vietnamese regulars into firefights. Bobie saw a young Vietnamese girl, maybe 10, standing knee-deep in a river. He feared she had a grenade behind her back so he cut her down with his M-16. He wept uncontrollably after his buddies searched the scrawny girl’s corpse and discovered she was unarmed. That girl achieved eternal life in Bobie’s nightmares.

He said that such incidents were commonplace in Vietnam and that his own actions “make Calley look like a Boy Scout.” (Lt. William Calley had recently been convicted for massacring Vietnamese civilians at My Lai.) I had no way to verify Bobie’s statements, but it wasn’t like people received prizes for confessing war crimes in bus stations. Almost 30 years later, David Hackworth, a retired colonel and the most decorated officer in the Army, declared, “Vietnam was an atrocity from the get-go…. There were hundreds of My Lais. You got your card punched by the numbers of bodies you counted.” American soldiers faced far more legal perils for reporting than for committing atrocities; whistleblowers could face criminal charges for exposing war crimes.

Bobie spoke as if every waking hour was a supreme torment. He passed out a couple times during the trip to New York but he didn’t vomit or die, so he was tolerable company.

The bus finally arrived in Manhattan’s Port Authority terminal, which then looked like a dumping ground for all the riff-raff on the East Coast. Bobie was wobblier in New York than in Baltimore — the pint of whiskey he chugged on the bus ride failed to improve his gait. He told me he was heading for a Veterans Administration treatment center in Albany so I tried to help him find his connection. Eventually, I had to bail to catch my bus to Boston. The last I saw Bobie, he was riding up an escalator slump-shouldered, looking utterly bewildered and forlorn.

Bobie was the first person I met who had been ravaged by a war that I had supported when I was a young boy. By the time I entered high school, my enthusiasm wanted as the travesties of that war became undeniable. In 1973, the Nixon administration ended military conscription — lucky timing, since I turned 18 the following year. When Nixon resigned, the Vietnam conflict looked like as big a con as Watergate.

Despite the horrors of Vietnam, politicians did not hesitate to inject American troops into foreign conflicts where it was impossible to distinguish friend from foe — what author Robert Jay Lifton labeled “atrocity-producing situations.” The agony that Bobie went through foreshadowed the horrors experienced by American soldiers who later fought in Iraq and Afghanistan.

I wonder if many of those vets plagued by Post-Traumatic Stress Disorder are doomed to perpetually ride escalators to V.A. hospitals that never quite expunge their demons.

Jim Bovard (www.jimbovard.com) is the author of “Attention Deficit Democracy” and nine other books.