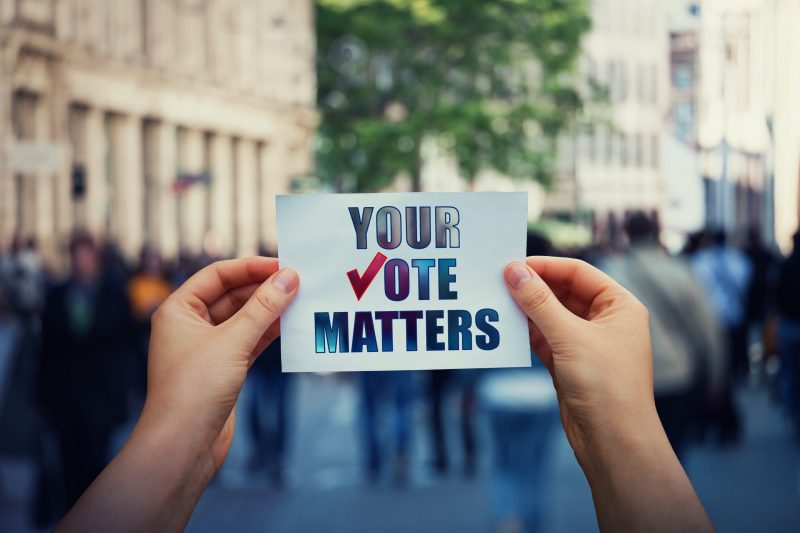 The most dangerous political illusion is that votes limit politicians’ power. Americans have been endlessly hectored in recent months to cast their votes in the presidential election. But trusting ballots to leash either Donald Trump or Joe Biden would be the ultimate triumph of hope over experience.

The Voting Rights Act of 1965 is the most venerated federal law of the last 60 years. When he signed the law, President Lyndon Johnson declared, “This right to vote is the basic right without which all others are meaningless. It gives people, people as individuals, control over their own destinies.” Johnson and generations of subsequent politicians assured Americans that possessing a vote was practically the only protection they needed against oppression. But the Voting Rights Act has failed to prevent politicians from ravaging voters of every race, creed, and color.

Early in 1965, before the Voting Rights Act passed Congress, Johnson declared in a phone call to Martin Luther King Jr., “I just don’t see how anybody can say that a man can fight in Vietnam but he can’t vote.” But expanding voting rights did nothing to nullify Johnson’s dictatorial power over draftees. Tens of thousands of conscripts died in an unpopular war that mushroomed because the president dispatched them to a pointless foreign conflict. Regardless of how many lies Johnson told about Vietnam, young Americans were still compelled to follow his orders to the death in the jungles and rice paddies.

Johnson also proclaimed that the Voting Rights Act grants “every American Negro his freedom to enter the mainstream of American life” but the FBI never got that memo. For most of the last five years of King’s life, he was “the target of an intensive campaign by the FBI to ‘neutralize’ him as an effective civil rights leader,” according to a 1976 Senate report. King’s home, office, and hotel rooms were frequently, illegally wiretapped by the FBI, seeking information to discredit King. The FBI even set up its own Klan organization that savagely attacked civil-rights protesters. In San Diego, the FBI instigated violence between black groups that helped spur several killings.

Voting rights expanded at the same time the federal government became far more oppressive. More blacks voting after 1965 did not prevent Congress from declaring a war on drugs and enacting laws that locked away legions of people for possessing politically incorrect substances. Thanks in part to crackdowns on narcotics, the incarceration rate of black high-school dropouts increased almost sevenfold between 1960 and 2000, according to a 2009 study by Harvard professor George Borjas and colleagues. Selma, Alabama Mayor George Evans told National Public Radio in 2015: “Even though we’ve gained so much through voting rights and Bloody Sunday, we’ve stepped backwards when it comes to crime and drugs and the jail system—things like that.” America’s sad trajectory was captured 20 years ago by country singer Merle Haggard: “In 1960, when I came out of prison as an ex-convict, I had more freedom under parolee supervision than there’s available to an average citizen in America right now … God almighty, what have we done to each other?”

Democratic presidential candidate Joe Biden declared in August, “The battle for the soul for America has many fronts; the right to vote is the most fundamental.” But when he was chairman of the Senate Judiciary Committee, Biden co-wrote the 1994 crime bill which TheNew York Timesnoted last year “contributed to the explosion of the prison population.” Biden had no sympathy for anyone who violated any law Congress decreed: “Lock the S.O.B.s up!” Biden boasted in 1994 that “every major crime bill since 1976 that’s come out of this Congress… has had the name of the Democratic senator from the State of Delaware: Joe Biden.” But Biden’s role in the arrest and jailing of hundreds of thousands of Americans has vanished into the Memory Hole during this campaign season.

The violent anti-police protests that proliferated nationwide after the killing of George Floyd is another testament to the failure of the Voting Rights Act. The fact that far more African Americans were enabled to vote did not prevent police unions from capturing the right to accost, abuse, and shoot who they pleased. Politicians prattled about their concern for oppressed minority groups and then refused to repeal laws that entitle government agents to kill with impunity.

Having a vote does nothing to prevent a person from being molested by the Transportation Security Agency, spied on by the National Security Agency, or harassed by the Internal Revenue Service. Casting votes has not prevented the federal government from creating trillions of pages of new secrets every year. At the state level, possessing the right to vote failed to stop governors from padlocking churches, bankrupting businesses, blighting education, and placing scores of millions of Americans under house arrest on the flimsiest epidemiological pretexts during the Covid-19 pandemic.

The worst violation of “voting rights” occurs when election winners capture unlimited power to abuse voters. Ballots failed to prevent every recent American commander-in-chief from expanding and exploiting the dictatorial potential of the presidency. Decades of court decisions have confirmed the de facto legal immunity of the nation’s highest elected official. The term “Pandora’s Box” is apparently not part of the playbook provided to federal judges.

Rather than safeguarding rights, elections nowadays usually merely designate who gets to trample them. Regardless of their rhetoric on the campaign trail, there is not a snowball’s chance in hell that either Trump or Biden will “make America constitutional again.” But presidents and members of Congress cannot violate their oath to uphold the Constitution without making a mockery of any election that they won.

Voting rights controversies are attractive to media outlets that seek to portray this election as a battle between good and evil. But the media almost completely ignores the perennial failure of voting to restrain government power. As long as it remains infinitely easier for politicians to bind citizens than for citizens to bind politicians, voting rights will continue to be mostly a dangerous mirage.

Voting can still be one way to make a statement of one’s principles and preferences. But don’t expect the political ruling class to pretend to pay attention after Election Day. Washington will remain a deadly peril to our rights and liberties regardless of the final vote counts.

3 Responses to The Voting Rights Mirage