Voting is dangerously overrated as a surefire safeguard to preserve liberty.

Vice President Al Gore is clearly the most dangerous candidate running for the Presidency. If Gore wins, the pernicious trends of the Clinton era will continue full throttle — and Gore will add his own policy abominations in the environmental area and elsewhere. And a Gore victory would make it far less likely that Americans will ever get to the bottom of Clinton administration scandals.

But voting against Gore is not enough. Far too many Americans lull themselves into believing that defeating Gore is all that is necessary to restore good government. The more that voting is glorified as a panacea, the more lackadaisical people become about knowing or defending their rights as citizens.

The greatly exaggerated powers of voting levers has been so thoroughly pushed on the citizenry that the majority seem to believe in the divine miracle of democratic engineering. The federal government is like a vast machine purportedly controlled by the 200,000,000 levers at one far end of the contraption. The machine has tens of thousands of different functions and moving parts, lathes, threshers, shredders, graders, post-hole diggers, etc. Merely by pushing a few levers in a voting booth every other year, the individual is somehow able to direct all the functioning of that machine — to automatically force the machine to follow the person’s will, and in the most affordable and efficient manner, even on the vast majority of issues on which he has no opinion.

But regardless of which levers he pushes, the machine is almost guaranteed to eventually shove, yank, shackle, pickpocket, blindfold, or gag the voter. The machine has vastly more opportunity to tyrannize the voter than the voter has to direct the machine.

While the voting lever the citizen flips can be counteracted by a hundred different sources: other voters, political agreements, judge’s edicts, outright fraud, etc. And government employees have such “levers” over the voter as seizing his bank account, destroying his job, or evicting him from his home. 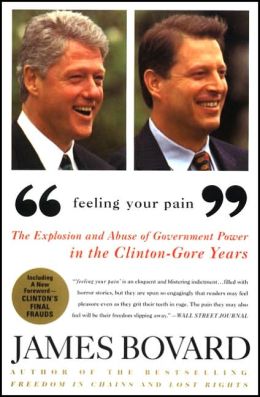 No matter how unhappy a person becomes with the machine, he is told that, since he had an opportunity to push a few levers in a voting booth, he has no right to resist the machine’s workings. He is told that he has only himself to blame for the machine’s defects — even if the lever he pulled was actually attached to nothing.

What does a vote mean? Whatever a winning politician says it means.

The larger the government becomes, the more that voting levers confer blank checks upon rulers. Voting has changed from a process by which the citizen controls the government to a process that consecrates the government’s control of the people. Delusions about voting are compounded by absurd expectations about those who win the elections.

The longing for a wiser, more honest leader often presumes that most of the problems in people’s lives can be solved by vesting the right person with power — as if the foremost challenge in life is to find a good master. People who expect their leaders to save them on a daily basis are already unfit for self-government.

Finding and electing a good leader cannot inoculate people against abuse by a government with millions of employees and scores of thousands of enforcement agents. The more fixated people become on one elected leader, the less attention they devote to all other government officials and bureaucrats, and the easier it becomes for government officials and bureaucrats to engage in petty oppression. Unfortunately, this year’s presidential campaign has done little or nothing to encourage citizens to actually use their intelligence at the voting booth.

Gore and George W. Bush have both run campaigns of the thinnest gruel. Neither has clearly and coherently explained what he would do with the vast power of the Presidency. The news media, for the most part, has worsened the problem by focusing heavily on Gore and Bush as individuals, husbands, fathers… just a couple of regular guys. 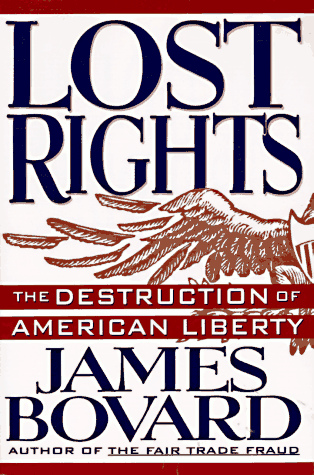 If Bush wins, his preeminent mandate will be to continue slobbering on voters. He has not come within a country mile of the principled campaign that Ronald Reagan ran in 1980. Bush has made no mention on the campaign trail of IRS abuses, or HUD-ruined neighborhoods, or the institutionalization of obstruction of justice at the Justice Department, or the ultimate four-letter word in this year’s race — Waco.

Instead, Bush perennially reminds voters that he is “a uniter, not a divider.” At best, Bush promises an era of political good feelings as a result of bipartisanship in Washington. But a grand coalition of Republicans and Democrats will likely respect Americans’ constitutional rights about as well as the Nazi-Soviet Non-Aggression Pact respected the sanctity of Poland’s borders. Someone should remind Bush that it was one of the great “bipartisan agreements” of the last decade — the 1990 tax hike deal — that destroyed his father’s political career.

Before voting on November 7, take the time to read the Bill of Rights. Voting is no substitute for the eternal vigilance that every friend of freedom must demonstrate towards government. If our freedom is to survive, Americans must become far better informed of the dangers from Washington — regardless of who wins the Presidency.

James Bovard is the author of the just published “Feeling Your Pain”: The Explosion & Abuse of Government Power in the Clinton – Gore Years (St. Martin’s Press).