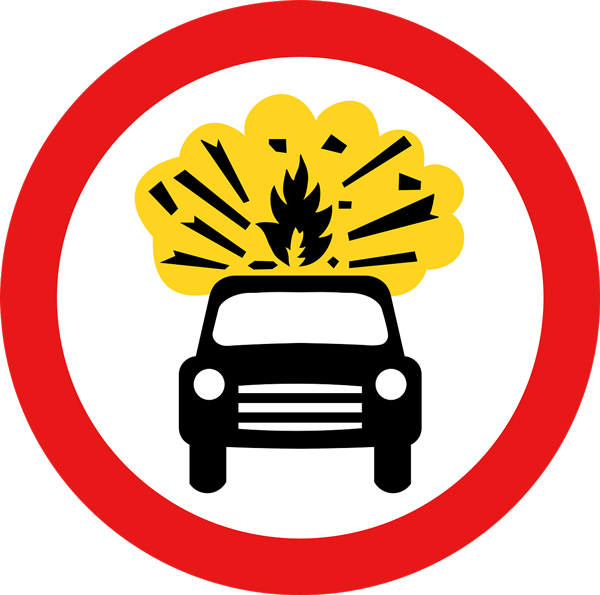 My friend, anarchist philosopher Bryan Baucom, helped my ol’ Ford Contour finally comply with Maryland’s Vehicle Inspection Emission Program.  VEIP is one of the most confounding and pointless regulations facing drivers in Maryland and other states under EPA decrees.  Its mandatory emission testing regime relies on the Onboard Diagnostic  system in car dashboards. Regulators presume an illuminated Check Engine light proves that there is an emission violation. But there are plenty of reasons why the check engine light would go on aside from excessive emissions — such as a loose wire, a faulty sensor, or a computer glitch. My cousin’s husband is an engineer for Ford Motor Company and their family owned a Contour for many years. He told me that the  Check Engine light in his Contour stayed on for years. My Check Engine light has been on for more than a decade.  But I make sure that my engine is running smooth as a top; I’ve had the same mechanic for a dozen years and he assures me that my engine is not the type of high-polluting vehicle purportedly targeted by VEIP.

But there is no “Contour exemption” in Maryland or anywhere else.  In 2016, in order to get that damn Check Engine light to go off, I drove the car hard on the interstate.  Voila! The light goes off – I go to the VEIP station  – and while I’m waiting, my fuel pump blows out.  The two hours waiting for a tow truck did wonders for refreshing my profanity in multiple languages.  (The story I wrote for the Washington Times, reposted below, didn’t even come close to covering the cost of a new fuel pump.

Two years later, Maryland summoned me for another VEIP inspection. I sought to solve the problem with some long drives, one of which ended un-fortuitously at a Fairfax County park.   When I pulled my car into a spot in an unpaved, uneven parking lot, I was chagrined to hear something tearing into the underside of my Contour. I stepped out of the car and saw that the concrete parking barrier was topped by an unmarked five-inch steel rebar that had ripped through my plastic bumper, tore loose my power steering hose, and doused the block with liquids from my engine. Most of the nearby concrete bars had no such spurs but Fairfax County apparently missed this one. I posted the spike photos on Facebook and a small business owner responded: “You’re lucky the county did not try to charge you for a hazmat clean up the hydraulic fluid you dumped on their property.” A Pentagon scientist quipped: “If you parked one foot from the spike, you probably would have gotten a ticket for parking outside the space.” Another commenter, paraphrasing a venerable legal principle, nailed the issue: “Ignorance of the spike is no excuse.”   What the hell – it gave me a chance to hear the jokes that had become popular with tow truck drivers in the two years since the fuel pump debacle.

I received another VEIP notice last year but, because of the pandemic, the compliance deadline was extended to last month. Naturally, my Check Engine is still on.  On the last day before I became a VEIP outlaw, I received new license plates in the mail. Bryan Baucom made me historic!  Well, not me – but my 1999 Ford Contour. I was unaware that cars that are 20 years old and are not driven to work (or driven much otherwise) are eligible for historic status.  And thanks to that classification, my Contour is exempt from VEIP. Bryan alerted me to that option and sent me information on applying. But VEIP or not, I’ll make sure the engine keeps running clean.

Bryan has given me lots of sage advice on autos over the years.   Bryan also creates some of the best freedom memes — check out his work on Facebook if you get a chance.

Blowup at the bogus checkpoint

As I recently sat in a seemingly endless line of cars at the Maryland vehicle emissions checkpoint, the engine in my 1999 Ford suddenly growled, shuttered and conked out cold. Maybe this was karma for my decades of scoffing at harebrained government regulations?

As I waited 90 minutes for a tow truck, I watched a stream of vehicles tarry up to half an hour to proceed through the Vehicle Emissions Inspection Program (VEIP) gauntlet. This test is touted as a golden shield for air quality, but the Maryland Department of Environment was unable to provide any data on its benefits after I sent them an inquiry.

Drivers in 31 states must comply with similar tests thanks to the Clean Air Act. States that displease the EPA, which dictates the compliance regulations, risk losing federal highway funds. The tests have been in the news lately thanks to Volkswagen’s software switcheroo that sent misleading signals when its diesel engines took government emission tests. But regardless of Volkswagen’s perfidy, do the tests, which began before revolutions in auto engine designs, make any sense?

Improved technology by auto manufacturers has probably done a hundred times more to reduce environmental harm than government emission tests. According to University of Denver research engineer Gary Bishop, emission inspections “costs lots of money” but “does absolutely nothing to clean up the air.” Mr. Bishop, who has pioneered new methods of roadside sensor tests, found that auto emissions in Tulsa, Oklahoma, which has no emission testing, were no worse than in locales with strict testing regimes.

I have been jaded on these tests since 2008 when a VEIP employee briefly hooked up a gizmo to my car dashboard and then announced that my Contour failed. I had four months to get it fixed or I would be banned from driving it — unless I spent at least $450 on repairs. My mechanic examined the car and was mystified because the engine and everything else was running smooth and clean. Then he suggested that the Check Engine light was the reason it failed. He made no repairs, but when I got retested, the attendant hooked up an apparatus to the tail pipe to measure actual emissions. My car passed with flying colors.

Maryland, like many other states, has a massive, mandatory emission testing regime that relies on the Onboard Diagnostic (OBD) system in car dashboards. Regulators presume an illuminated Check Engine light proves that there is an emission violation. But there are plenty of reasons why the check engine light would go on aside from excessive emissions — such as a loose wire, a faulty sensor, or a computer glitch. When Ontario switched in 2013 from measuring tailpipe emissions to checking OBD readings, the percentage of vehicles that failed the tests soared by 60 percent.

VEIP is my biannual regulatory dodge ball game. When I received my VEIP summons in April, my Check Engine light was on — as it has been for much of the past decade. I delayed getting tested, hoping the light would switch off — as it does periodically. Then Maryland warned that it would cancel my vehicle registration unless I got VEIPed within 30 days. I took my car onto the interstate and drove it harder, faster, and further than usual to get the Check Engine light to switch off. It worked — at least until my fuel pump gave up the ghost in the testing line. After spending $837 for a new fuel pump and a $29 inspection fee (including a $15 late charge), my Ford received another two-year reprieve from bureaucratic damnation.

Federal, state, and local policies cause more air pollution than VEIP deters. Driving to the VEIP site, I had ample opportunity to cuss the pointless delays on the county’s main six-lane business corridor. Red lights are one of the biggest sources of air pollution around. But Montgomery County is raking in $4 million a year in fines from red light cameras, a strong deterrent to synchronizing the lights.Maryland drivers are compelled to rely on fuel with 10 percent ethanol. Maryland has some of the worst smog problems in the nation and ethanol is notorious for increasing smog — especially in the summer. The Wisconsin Department of Natural Resources estimated that adding ethanol to gasoline does twice as much harm to air quality as auto emission testing prevents.

Anyone who scorns a VEIP summons runs into another government buzzsaw. Maryland leads the nation in surveillance of its citizens — or at least its drivers. Under former governor Martin O’Malley, the state snared federal Homeland Security grants to equip hundreds of police cars with license plate scanners that create almost 100 million records per year detailing exactly where and when each vehicle travels. The massive data bank, which mortifies the ACLU, has been almost a total failure at nailing violent criminals or car thieves or terrorists. Instead, almost all the license plate alerts involve VEIP violators.

Unfortunately, Maryland’s license plate scanners are unable to detect regulatory boondoggles. Will the state’s politicians admit the futility of emission testing before my old Ford receives another VEIP summons in 2018? Regardless of how much pollution government policies cause, bureaucrats are still entitled to unlimited power over drivers who might — or might not — inflict environmental harm.