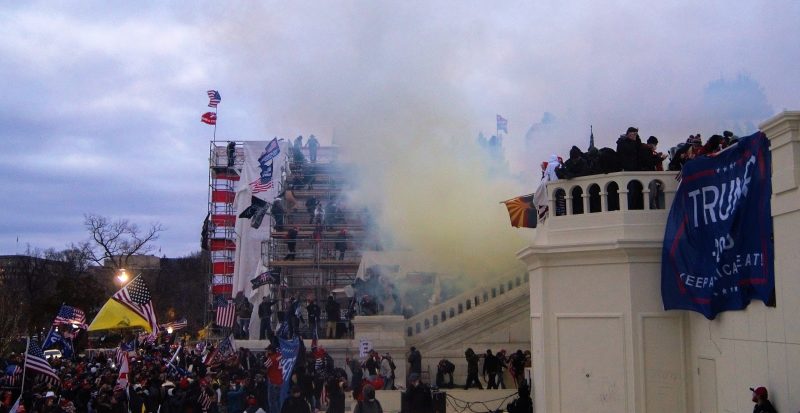 With the DOJ’s first sentencing, the legal realities are disappointing the left’s lust for blood.

The January 6 Capitol clash may be the gift that keeps on giving to cynics everywhere. In the coming months, Americans will likely see jaw-dropping bureaucratic debacles, stunning abuses by federal prosecutors, and appalling bloodlust by angry Biden supporters. Perhaps the least likely outcome is that the coming train wreck will restore faith in American democracy.

The Justice Department declared last week, “The investigation and prosecution of the Capitol Breach will be the largest in American history, both in terms of the number of defendants prosecuted and the nature and volume of the evidence.” The feds are sorting through “237,000 digital tips, 1 million Parler videos and images comprising 40 terabytes of data scraped from the Internet — roughly equivalent to 10 million photos, 20,000 hours of video, or 50,000 filing cabinets of paper documents,” theWashington Post reported. Investigators are also sorting through “cell tower data for thousands of electronic devices that connected to the Capitol’s interior distributed antenna system,” information provided by phone companies, Google, and other data aggregation companies. The problem will be compounded because many government employees are slow readers.

More than 500 protestors have already been charged in federal court, but their trials will likely be delayed at least until next year. Federal judge John Bates recently warned that evidence snafus could result in judges “going on the warpath.” If judges conclude that the Justice Department is unreasonably keeping January 6 defendants locked up (often in solitary confinement) too long, judicial edicts could unravel prosecutors’ long-term plans.

Federal cases against January 6 protestors are being built on what one savvy electronic evidence consultant called a “Tower of Babel nightmare.” While federal agents gloated at the 300,000 plus tips that poured into the FBI with regards to January 6 protestors, prosecutors are obliged to sift the hairballs and provide each defendant and their lawyers with potentially exculpatory evidence.  The biggest data dump on record will likely spur a deluge of inadvertent or intentional withholding of evidence. The Justice Department recently notified defense lawyers that they would have to “build a system to receive the data” the feds delivered. The prosecution is also whining because a federal judge prevented them from relying on a private contractor to organize secret grand jury evidence.

The Justice Department may be delaying release of the bulk of the more than 14,000 hours of video surveillance from inside the Capitol on January 6 in an attempt to preserve Biden’s “domestic terrorism” storyline of that day’s events. Even before Trump supporters poured into the Capitol that day, Democrats were accusing them of sedition for filing legal challenges to the 2020 election results, including popular Twitter hashtags such as  #GOPSeditiousTraitors and #TreasonAgainstAmerica. After the mob delayed congressional proceedings for six hours, congressional leaders compared the interruption to the 9/11 attacks, Pearl Harbor, and the War of 1812. The Justice Department may also be foot-dragging on releasing evidence because it is reluctant to disclose what role, if any, federal informants or undercover agents had in instigating or propagating violence that day.

For January 6 defendants, federal prosecutors are using a simple formula: Trespassing plus thought crimes equals terrorism. On Monday, Paul Hodgkins was sentenced to 8 months in prison, though the feds admitted he was guilty simply of taking selfies, wearing a Trump T-shirt, and carrying a Trump flag into the Senate chamber and “did not personally engage in or espouse violence or property destruction.” Though Hodgkins pled guilty only to one count of obstructing an official proceeding, Biden’s Justice Department demanded a lengthy prison sentence for Hodgkins to “deter…domestic terrorism.” This is akin to prosecutors seeking harsh punishment for a confessed jaywalker because his negligent behavior could have caused a school bus to crash.

At the same time the Justice Department is bumbling towards paralysis, many Americans are howling for the heads of January 6 defendants. In his Gulag Archipelago, Alexander Solzhenitsyn described the vast public outrage that went along with a prominent Soviet show trial of accused wreckers: “There were universal meetings and demonstrations (including even school-children). It was the newspaper march of millions, and the roar rose outside the windows of the courtroom: ‘Death! Death! Death!’”  The same spectacle has been stark on Twitter and in the comment section of the Washington Post, among other places.

One Washington Postcommenter declared that “the only effective way for the government to respond to an act of war by domestic terrorists is to be prepared to meet them with machine guns and flamethrowers and mow them down. Not one of those terrorists who broke through police lines [on January 6] should have escaped alive.”  Hodgkins’s sentence terrified and enraged Post readers. One wrote, “The pitiful 8 month sentence scares me badly… I’m afraid the government is losing its ability to protect us from madmen (consider the mentally ill and tweakers roaming our streets untreated) and right wing Q inspired terrorists.” Another commented, “He should have been given the death penalty for sedition.” As always, one commenter even reached back to the Nazis for an analogy, writing, “It is comparable to the 9 months that Adolf Hitler served after his participation in an attempted 1923 putsch against the German government. Remember how that turned out?”

Federal judge Randolph Moss, when he sentenced Hodgkins, declared that his action will make it “harder for all of us to tell our children and grandchildren that democracy stands as the immutable foundation of our nation.” Unfortunately, judges seem nonchalant when American democracy is subverted instead by federal agencies. After FBI Assistant General Counsel Kevin Clinesmith admitted falsifying key evidence to get a FISA warrant to spy on the Trump presidential campaign, federal judge James Boasberg gushed with sympathy at the sentencing hearing: “Mr. Clinesmith has lost his job in government service—what has given his life much of its meaning.” Scorning the recommendation of the federal prosecutor (who said the “resulting harm is immeasurable recommendation” from Clinesmith’s action), Boasberg gave Clinesmith a wrist slap—400 hours of community service and 12 months of probation. The Justice Department Inspector General documented many other abuses of power and deceit by FBI officials in the Hillary Clinton or Trump investigations, but not a single FBI official has spent a day behind bars.

Will Justice Department prosecutors be caught in a Catch-22, pressured by the White House to harvest as many scalps as possible but crippled by the lack of proof that most of the accused were guilty of anything besides trespassing or “willfully and knowingly parading” in the Capitol? Political pressure for high-profile convictions resulted in disastrous courtroom defeats for federal attorneys prosecuting Ruby Ridge, the Branch Davidian standoff at Waco, and other cases. If juries rebuff prosecutors on more than a few January 6 cases, then the entire political storyline could quickly collapse.

Federal prosecutor Mona Sedky is calling for harsh punishment for January 6 defendants because of “the need to preserve respect for the law.” But at this point, “respect for the law” is a loss leader in this process. That won’t be remedied when people realize that taking selfies can result in a federal sentencing enhancement.

UPDATE: Not everybody likes this article. Comments via FBook and TAC –