Hunter DeRensis is one of the most talented young political writers around. He has done superb work for American Conservative, RealClearDefense,  RealClearPolitics, and Responsible Statecraft, and was a senior reporter for National Interest.  Hunter is the editor at Libertarian Institute and is the Communications Director for BringOurTroopsHome.   He also has a superb collection of Americana and political art; his passion for history shines in what he has acquired.   Hunter is exiting Washington D.C., spurred in part by the oppressive vaccine passport regime the mayor imposed. I caught up with him before he le 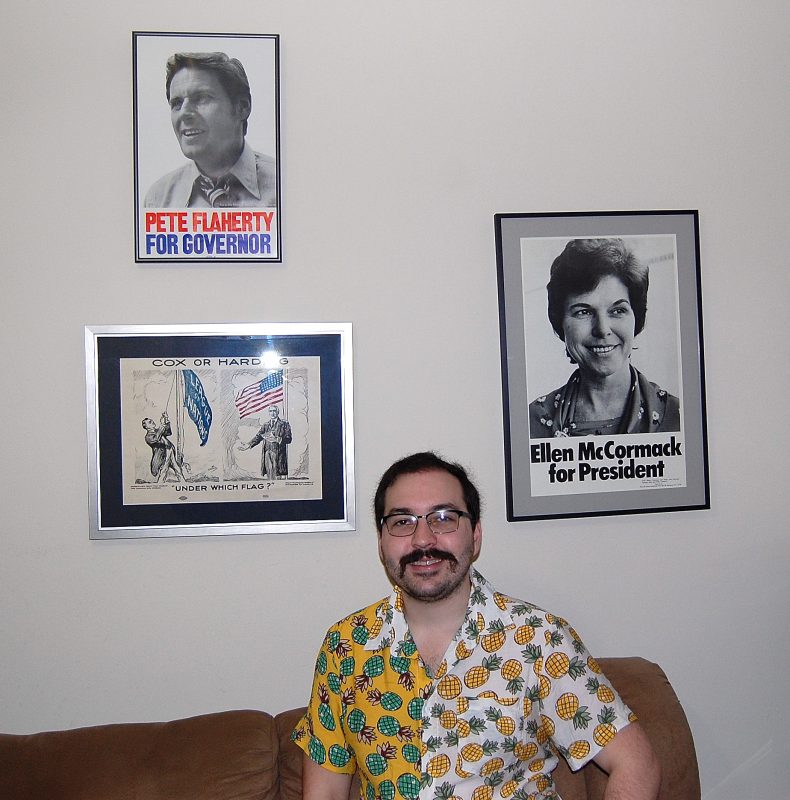 ft town. Here are some photos of Hunter and his art. 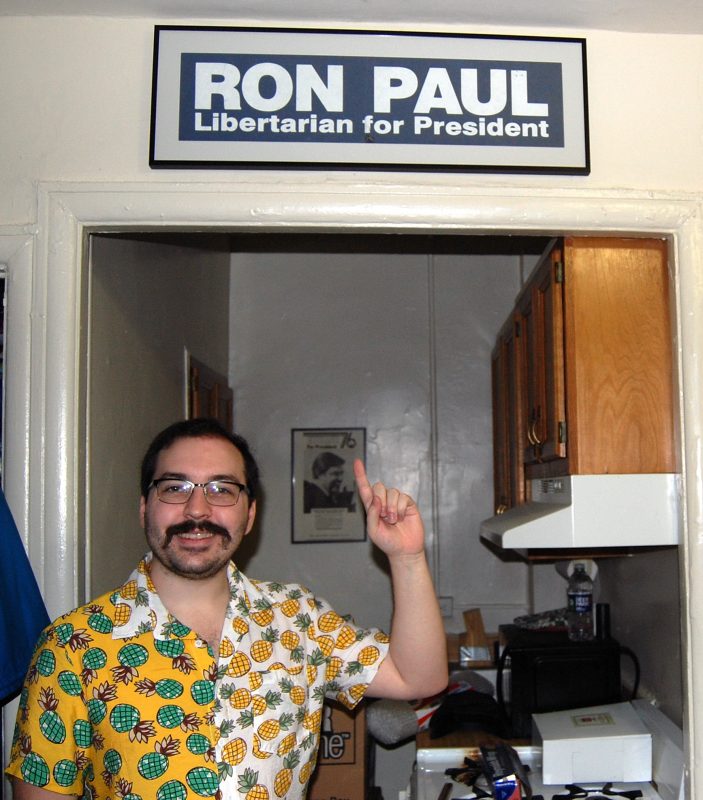 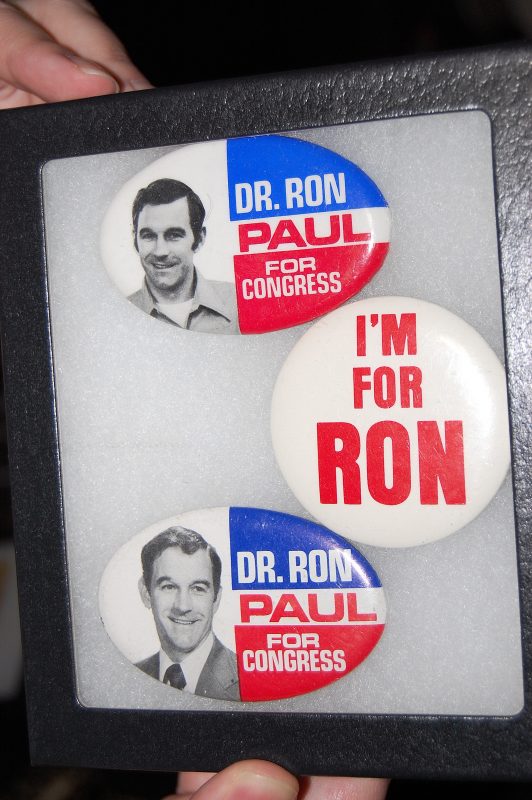 Hunter with the briefcase of Sen. Fulbright, one of the first & most effective opponents of the Vietnam War 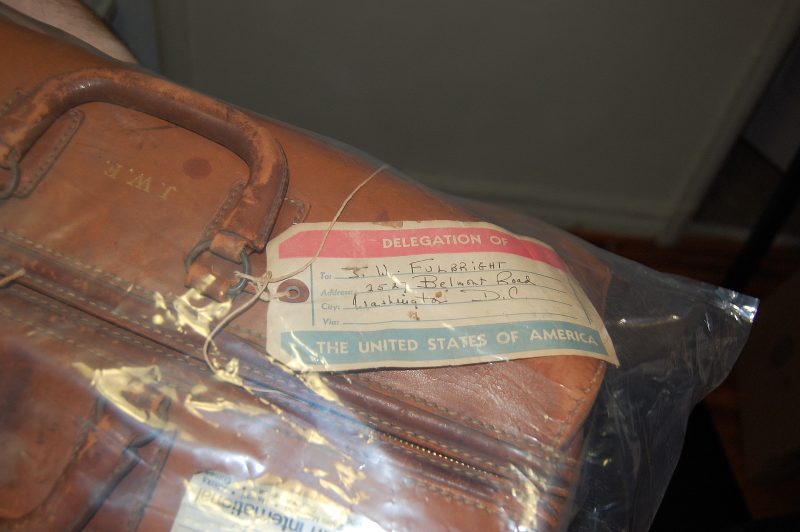 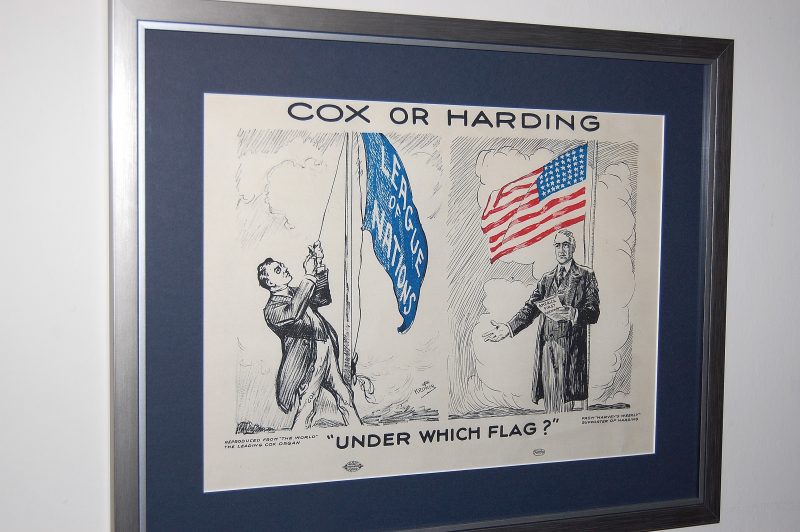 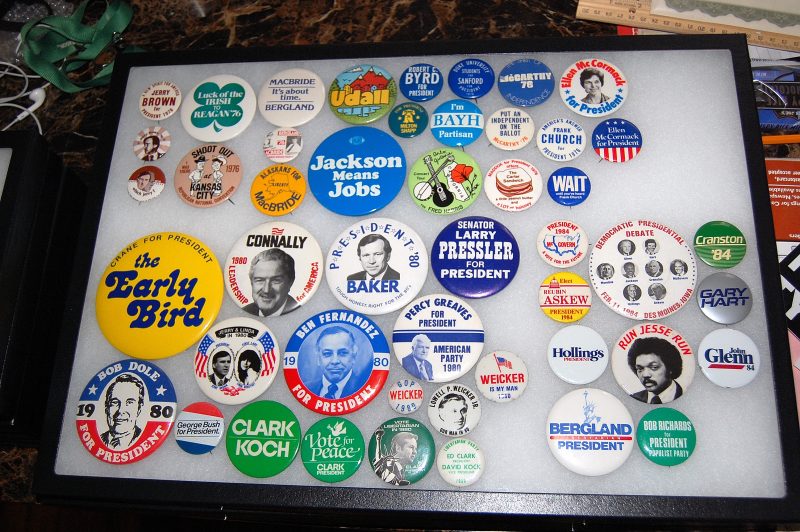 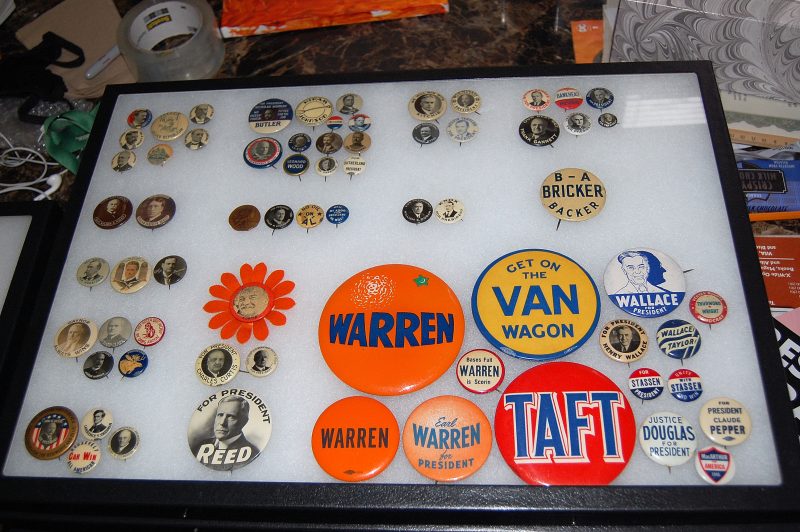 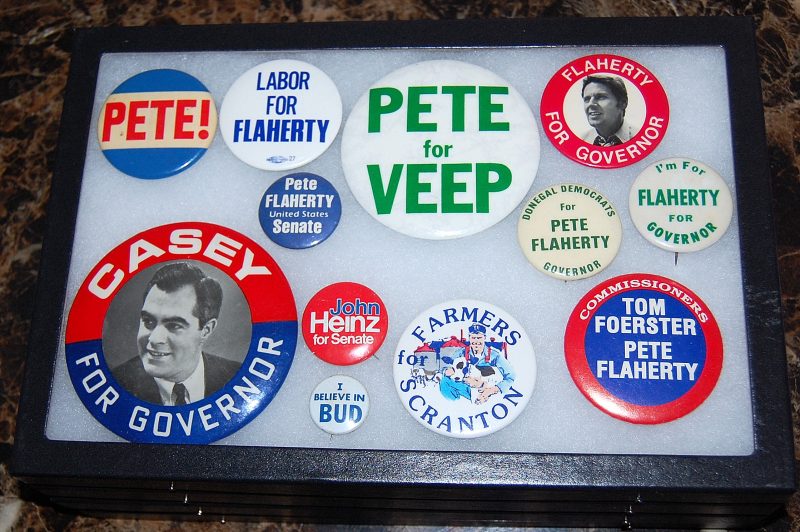 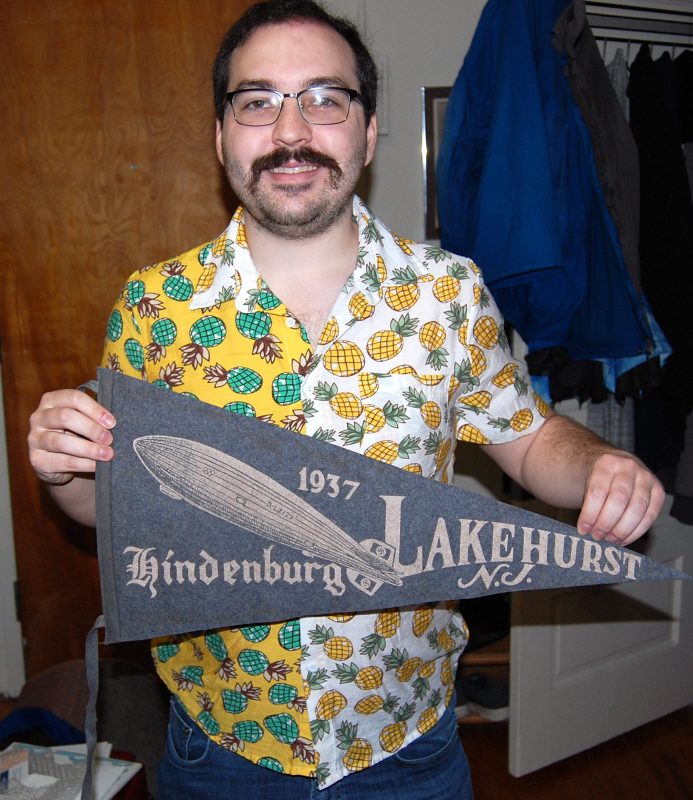 Hunter is an expert on the Hindenburg – ask him any question!