Did Federal Censors Swing the 2020 Election? 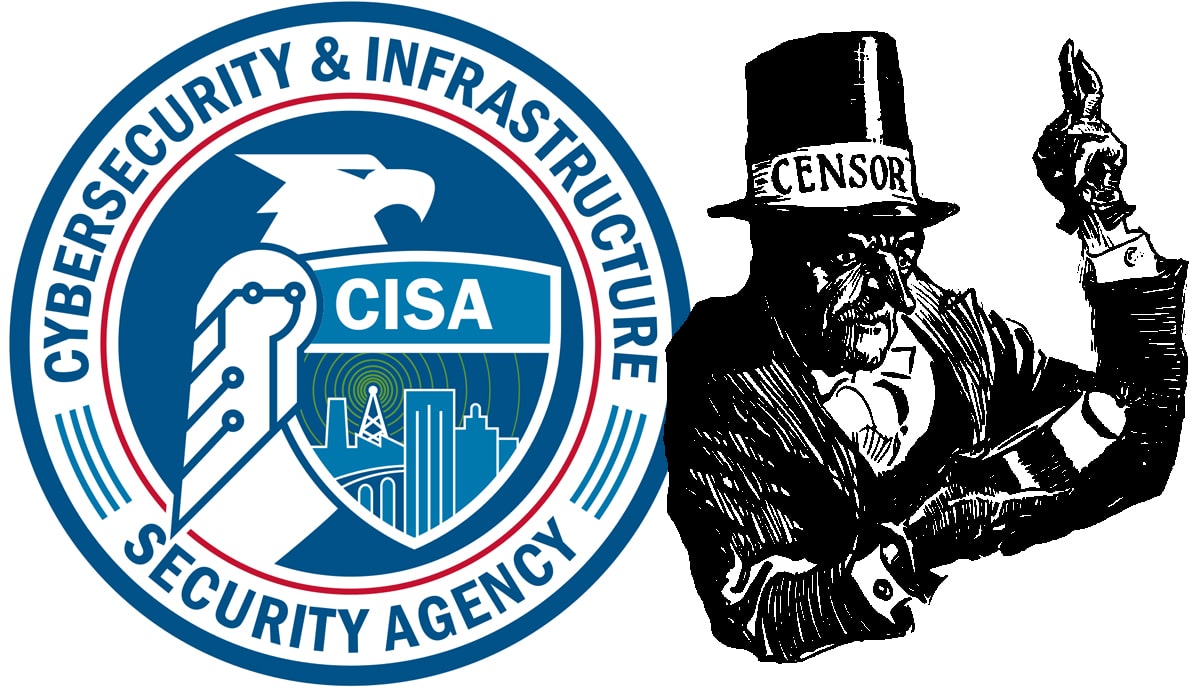 Did the Russiagate conspiracy entitle the federal government to censor Americans forever? Did federal shenanigans swing the 2020 election? A new report reveals how a new federal agency and federal grantees exploited a 2016 scam to launch the greatest covert censorship campaign in U.S. history.

In 2016, top FBI officials and the Obama administration fueled a conspiracy that the Trump presidential campaign was colluding with the Russian government. Numerous false FBI claims spurred a massive wiretapping operation approved by the Foreign Intelligence Surveillance Court. The allegations led to the appointment of Special Counsel Robert Mueller, who spent two years investigating before admitting that there was nothing to prosecute for his primary charge. But by that point, Trump had been irredeemably tainted and the Democrats had exploited the controversy to capture control of the U.S. House of Representatives in 2018.

Thanks to Russiagate, Congress created a new federal agency in 2018—the Cybersecurity Infrastructure Security Agency (CISA) in the Department of Homeland Security (DHS). CISA was purportedly intended to fight foreign threats to election security and U.S. infrastructure. But the agency quickly shifted its target to American citizens. As a report last week from the Foundation for Freedom Online (FFO) revealed, “Any U.S. citizen posting what DHS considered misinformation’ online was suddenly conducting a cyber attack against US critical infrastructure.”

CISA and DHS realized that they could not directly muzzle Americans so they colluded with a number of federal grantees who comprised the Election Integrity Project, a coalition formed in mid-2020. The result was “censorship by proxy,” as law professor Jonathan Turley observed, bludgeoning social media companies into submission. The DHS-spurred crackdown in 2020 resulted in the suppression of “22 million tweets labeled ‘misinformation’ on Twitter” and “hundreds of millions of individual Facebook posts, YouTube videos, TikToks, and tweets impacted” thanks to changes that would not have occurred without “‘huge regulatory pressure’ from government,” FFO reported.

Once the government claims a prerogative to censor “misinformation,” the definition of misinformation mushrooms to serve political purposes. The Election Integrity Partnership bragged about how social media posts were targeted that were merely purportedly guilty of offenses such as “exaggerate issue,” “misleading stats” and “out of context.” Many of those alleged factual infractions were piddling compared to the sweeping falsehoods continually uncorked by presidential candidates Trump and Biden.

Prior to the 2020 election, “the censorship focus was always and consistently foremost targeted at speech casting doubt on mail-in ballots,” FFO reported. Democrats exploited the COVID-19 pandemic to push through electoral changes that opened the floodgates to unverified mail-in ballots. Some states like Michigan sent absentee ballots to all voters, violating the Election Clause of the Constitution (which specifies that state legislatures make the rules for federal elections).

Election regimes that scrutinized mail-in ballots routinely had a high rejection rate.  New York City relied on mail-in ballots for a June 2020 primary that the New York Daily News derided as a “dumpster fire.” Up to 20% of ballots “were declared invalid before even being opened, based on mistakes with their exterior envelopes,” The Washington Post noted, thanks largely to missing postmarks or signatures. Trump claimed that the shift to mail-in ballots could result in “the most corrupt vote in our nation’s history.”

But federal string-pulling minimized controversies. FFO noted, “Pre-censoring U.S. citizen debate about mail-in ballots five months before an election has the impact of devastating the ability of concerned citizens to pressure their state representatives to take legal action on changing voting procedures.” Rather than the traditional scrutiny for mail-in ballots, many locales defaulted to accepting practically any piece of paper with a mark. Mail-in ballots determined the outcome of the 2020 election. Trump received more votes on Election Day but 43,000 mail-in ballots in three states sealed Biden’s victory—a minuscule portion of the tens of millions of mail-in votes he received.

In a July 28, 2020 article for the American Institute for Economic Research, I warned that the controversies over mail-in ballots could lead to “the death of political legitimacy…Deep State federal agencies are a Godzilla that have established their prerogative to undermine if not overturn election results.”

Until I read the new FFO report, I did not realize that “the biggest category for [2020] censorship was  ‘delegitimization’…defined to mean any speech that ‘casts doubt’ on any kind of election process, outcome or integrity issues [which] made all conservative and populist criticism of the administration of the election pre-banned at the narrative level, five months in advance of Election Day.” Damn, no wonder that article of mine got so little traction on Twitter and Facebook! “Delegitimization” resulted in “72% of its censorship tickets and targeted over 99% of the posts throttled by narrative during the 2020 election.”

The entire process looks like a Monty Python parody of democracy. As Mike Benz, the former State Department official who heads FFO, observed, “The same obscure DHS subagency tasked with election security also gained the power to censor any questions about election security.”

How much impact did federal censorship and suppression have on the most recent elections? The Election Integrity Project browbeat tech companies to accept that “that social media posts about the 2022 elections be censorable under a low bar of simply ‘misleading,’” according to FFO. For the midterm elections, “the Election Integrity Project is tightly monitoring and working to censor ‘discussions surrounding the delays in counting ballots’ being ‘framed as fraud,’” FFO reported. Damned convenient considering the debacle in Arizona—which was foreseen if not foreordained. In a Washington speech just before the election, President Biden told listeners that “in some cases we won’t know the winner…until a few days after the election. It takes time to count all legitimate ballots in a legal and orderly manner.” Biden stressed that citizens must be “patient. That’s how this is supposed to work.”

But it never consistently worked that way before in American history. Arizona’s voting machines dismally failed on Election Day and Democrats are vehemently resisting a hand recount of all ballots.

The real goal is to control Americans’ minds—and not just on Election Day. Jen Easterly, the NSA honcho who Biden chose to run CISA, declared that “the most critical infrastructure is our cognitive infrastructure, so building that resilience to misinformation and disinformation…is incredibly important.” And the most important cognitive “fix” is to train Americans to never doubt Uncle Sam. In a March 2022 meeting with top Twitter executives, FBI official Laura Dehmlow “warned that the threat of subversive information on social media could undermine support for the U.S. government,” The Intercept recently reported. The FBI has 80 agents on a task force to curb “subversive data utilized to drive a wedge between the populace and the government.”

“Disinformation” is often simply the lag time between the pronouncement and the debunking of government falsehoods. If the feds can censor most if not almost all of their online critics, their cons become almost irrefutable. Perhaps that is the only way that many federal policies can retain any shard of legitimacy. As Mike Benz warns, “DHS is carrying out an official state policy that if public trust is not earned, it must be installed.” That is a recipe for the death of democracy.

3 Responses to Did Federal Censors Swing the 2020 Election?