As part of the terms of my parole, I whittled up some memoir essays which are now available as an Amazon ebook titled Public Policy Hooligan. It’s the story of going from Helltown to Washington – lots of mischief (and police encounters) along the way. There is a chapter about my clashes with the FBI over Waco and Ruby Ridge, chapters about my wars on agriculture and trade policies, and plenty of reminiscences about editors, authors, and women along the way.

For those (like me) who do not own a Kindle, Amazon offers free apps to read Kindle books on your personal computer, iPad, or just about anything else.

You can also read 10 % of the book on-screen at that site as a free sample. I think the sample cuts off right around the point where I explain the mystery of the Lawnmower Lady. 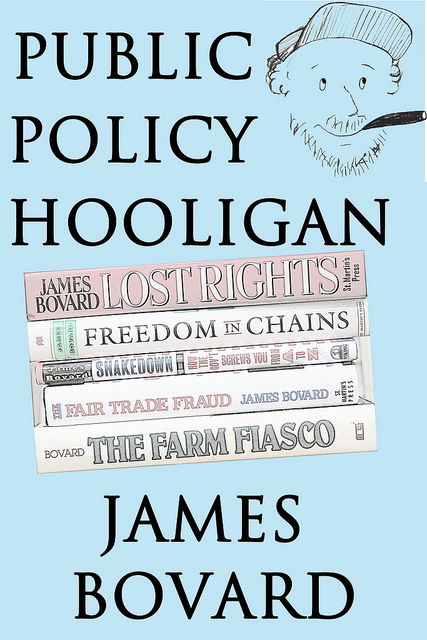