Where’s the Body Count from Shootings by the Police? 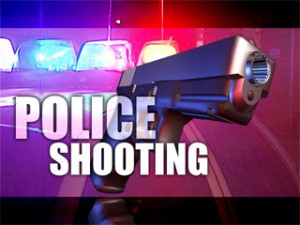 President Barack Obama, calling for new gun control legislation earlier this year, appealed to “all the Americans who are counting on us to keep them safe from harm.” He also declared, “If there is even one life we can save, we’ve got an obligation to try.” But some perils are not worth registering on Obama’s scorecard.

While the president frequently declaims on the dangers of privately-owned guns, his administration is scorning a mandate to track how many Americans are shot and killed each year by government agents. The same 1994 law that temporarily banned the sale of assault weapons also required the federal government to compile data on police shootings nationwide. However, neither the Justice Department nor most local police departments have bothered to tally such occurrences.

Instead, the Justice Department relied on the National Crime Survey of citizens to gauge the police use of force. But as Prof. James Fyfe, one of the nation’s foremost experts on police shootings, observed in 2001, that survey relies on “questions about how often the respondents have been subjected to police use of force. Since dead people can’t participate in such a survey, this work tells us nothing about how often police kill.”

Many police shootings involve self-defense against violent criminals or protection of people against dangerous culprits in the act of wreaking havoc. However, killings by police are not a negligible proportion of the nation’s firearms death toll. Shootings by police accounted for almost 10 percent of the homicides in Los Angeles County in 2010, according to the Los Angeles Times.

Jim Fisher, a former FBI agent and criminal law professor, compiled a database of police shootings and estimated that in the United States in 2011 police shot more than 1,100 people, killing 607. Fisher relied on the Internet to track the casualties, and the actual toll may be significantly higher. (Many police departments are secretive about their shootings and succeed in withholding either numbers or key details from the public.) Fisher’s numbers do not include cases of off-duty police who shoot acquaintances, such as the recent case of the married veteran D.C. policeman convicted of murdering his girlfriend and leaving their 11-month-old baby to die in an overheated SUV to avoid paying child support.

According to the FBI, 323 people were killed nationwide by rifles in 2011 — less than 4 percent of the total deaths by firearms. The official statistics are not broken down by the type of rifle, so it is impossible to know how many of the victims were slain with the type of weapons that Sen. Dianne Feinstein and presumably Obama classify as assault weapons. Nationwide, 10 percent of the killings with rifles were committed by law enforcement officers, according to the FBI. Ironically, the raw numbers of killings by police are tossed into the firearm-fatality totals that some politicians invoke to drum up support for confiscating privately owned guns.

Not only do government agencies fail to track official violence against Americans; they also sometimes preemptively exonerate all such attacks. A 2001 Justice Department report, “Policing and Homicide, 1976–1998,” labeled everyone in the nation who perished as a result of a police shooting as “felons justifiably killed by police.” There were hundreds, if not thousands, of people shot unjustifiably by the police in those decades, but their innocence vanished in the flicker of a federal label. The Justice Department was so embarrassed by the report’s “lack of distinction between justifiable police shootings and murders, that it did not send out its usual promotional material announcing the report,” according to the New York Times.

The odds of an honest, thorough investigation of a police killing are the same as the odds that a politician’s campaign speech will be strictly assessed for perjury. At the state and local level the deck is often stacked to vindicate all police shootings. Police unions have strong- armed legislation that guarantees their members sweeping procedural advantages in any post-shooting investigation.

For instance, Maryland police are protected by a Law Enforcement Officers’ Bill of Rights that prohibits questioning a police officer for 10 days after any incident in which he or she used deadly force. “A lawyer or a police union official is always summoned to the scene of a shooting to make sure no one speaks to the officer who pulled the trigger,” the Washington Post noted in an exposé of the Prince George’s County, Maryland, police. “Between 1990 and 2001 Prince George’s police shot 122 people…. Almost half of those shot were unarmed, and many had committed no crime.”

Forty-seven people were killed by the P.G. police in that time. Among the shootings the P.G. police department ruled as justified: “An unarmed construction worker was shot in the back after he was detained in a fast-food restaurant. An unarmed suspect died in a fusillade of 66 bullets as he tried to flee in a car from police. A homeless man was shot when police mistook his portable radio for a gun. And an unarmed man was killed after he pulled off the road to relieve himself.”

The situation in Clark County, Nevada, which had one of the highest rates of police-committed homicides in the nation, is equally perverse. An excellent Las Vegas Review-Journal series in late 2011 noted, “In 142 fatal police shootings in the Las Vegas Valley over a little more than the past 20 years, no coroner’s jury has returned a ruling adverse to police.” But that nonconviction rate actually convicts the entire system. “The deck is stacked in favor of police well before the case gets to the [coroner’s] jurors. That’s because the ‘neutral arbiter of the facts’ is the deputy district attorney who already believes that no crime has been committed. In a comparison of inquest transcripts, evidence files, and police reports dating to 1990, the Review-Journal found that prosecutors commonly act more like defense attorneys, shaping inquest presentations to cast officers in the most positive light.”

Another problem is that, as Nevada lawyer Brent Bryson observed, “Frequently in fatal shootings, you just have officers’ testimony and no other witnesses. And most people just don’t want to believe that a police officer would behave wrongly.”

Investigations of shootings by police in Las Vegas were stymied in 2010 and 2011 because “police unions balked at inquest reforms, first by advising members not to testify at the hearings and then helping officers file a lawsuit challenging the new system’s constitutionality,” according to the Review-Journal. Las Vegas is so deferential to police that, in cases “where an officer shoots but only wounds or misses entirely … the district attorney looks at the case only if the shooting subject is being prosecuted,” the Review-Journal noted.

Federal agents who kill Americans enjoy similar legal privileges. The Justice Department’s view of the untouchability of federal lawmen is clear from its action in the Idaho trial of FBI sniper Lon Horiuchi. Horiuchi gained renown in 1992 after he shot and killed 42-year-old Vicki Weaver as she stood in the door of her cabin holding her 10-month-old baby. Horiuchi had shot her husband in the back moments earlier, though Randy Weaver posed no threat to federal agents at the time. The FBI initially labeled its Ruby Ridge operation a big success and indicated Vicki Weaver was a fair target; later the agency claimed that her killing was accidental.

Boundary County, Idaho, prosecutor Denise Woodbury filed manslaughter charges against Horiuchi in 1997. FBI Director Louis Freeh was outraged that a local court would attempt to hold an FBI agent legally responsible for the killing. He declared that Horiuchi had an “exemplary record” and was “an outstanding agent and continues to have my total support and confidence.” Freeh added, “The FBI is doing everything within its power to ensure [Horiuchi] is defended to the full extent and that his rights as a federal law-enforcement officer are fully protected.” Justice Department lawyers persuaded a judge to move Horiuchi’s case from a state court to a federal court, where federal agencies have far more procedural advantages. Although a confidential Justice Department report concluded that Horiuchi acted unconstitutionally, Justice Department lawyers argued vigorously that he was exempt from any state or local prosecution because he was carrying out federal orders at the time he gunned Vicki Weaver down.

Federal judge Edward Lodge found in 1998 that the state of Idaho could not prosecute Horiuchi for the killing, in a ruling focusing on Horiuchi’s “subjective beliefs”: As long as Horiuchi supposedly did not believe he was violating anyone’s rights or acting wrongfully, then he could not be tried.

The judge blamed Vicki Weaver for her own death, ruling that “it would be objectively reasonable for Mr. Horiuchi to believe that one would not expect a mother to place herself and her baby behind an open door outside the cabin after a shot had been fired and her husband had called out that he had been hit.” Thus, if an FBI agent wrongfully shoots one family member, the government somehow becomes entitled to slay the rest of the family unless they run and hide.

The greater the automatic presumption that government shootings are justified, the more arbitrary power police will have over Americans. And this growing sense of legal inferiority to officialdom will naturally make gun owners ever more attached to their own firearms. According to Obama and other anti-gun politicians, this is simply evidence of paranoia — and another reason to take away people’s guns before they do harm.

The federal government has no credibility condemning vast numbers of private gun owners as long as it refuses to compile the casualty count from government agents. Washington has deluged state and local law-enforcement agencies with billions of dollars in aid in recent years but will not even ask the recipients for honest body counts. No amount of political tub-thumping can change the fact that Americans are far more likely to be killed by police than by assault weapons.

James Bovard, a policy advisor to the Future of Freedom Foundation, is the author of author of Public Policy Hooligan, Attention Deficit Democracy, The Bush Betrayal, Terrorism and Tyranny, and other books. On Twitter – @jimbovard

5 Responses to The Continuing Coverup of Police Killings Nationwide