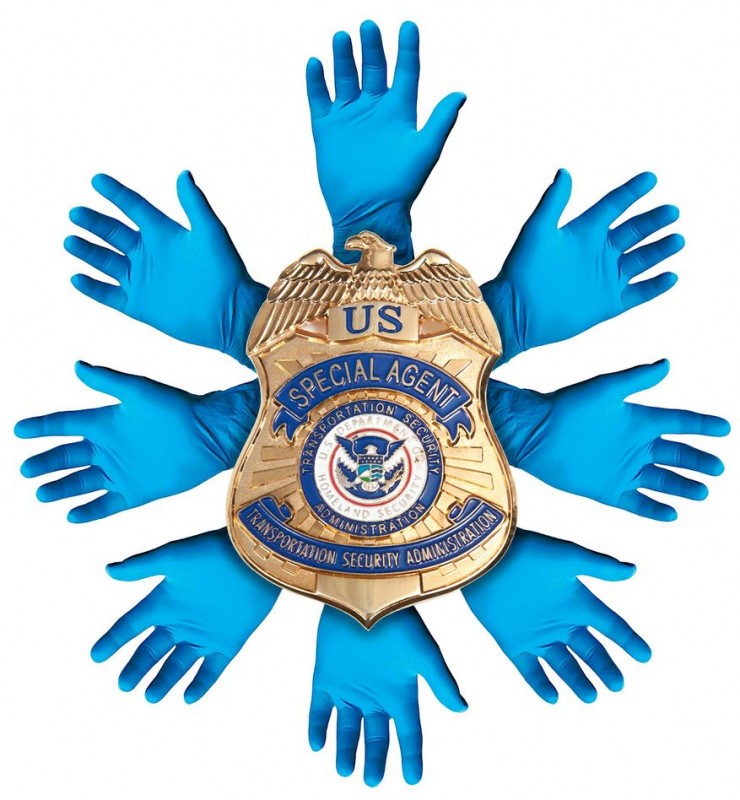 A cure for the common queue at the airport

The Transportation Security Administration (TSA) is legendary for not giving a hoot about the convenience or dignity of travelers who must pass through its airport gantlets. TSA is trying to improve its image by offering $15,000 in prizes for the best suggestions on how to provide better service to premium passengers. Regardless of its resorting to crowdsourcing ideas, there is no sign that TSA could soon succumb to common sense.

TSA is seeking “Next Generation Checkpoint Queue Design” proposals to speed along people who have enrolled in its PreCheck program. Travelers who pay $85 and submit ample personal information and their fingerprints can bypass semi-strip-downs, routine groping and the nudie X-ray whole-body scanners. More than 400,000 people have paid up, providing TSA with a windfall of more than $30 million.

However, even a political scientist could recognize TSA PreCheck’s perverse incentive. The worse the TSA abuse of average travelers, the more people will pay $85 to avoid degradation at airport checkpoints. TSA can thereby profit every time a video showing it mauling innocent passengers goes viral on the Internet. Since the TSA is a federal agency, charging extra for PreCheck cannot be considered extortion.

If the TSA honestly wants to improve its performance, here are a few simple steps:

Stop giving badges and power to criminals: While the feds once promised that the TSA would hire the “best and brightest,” the agency employs people who no prudent person would trust for a shoulder rub. More than 400 TSA agents have been fired for stealing from travelers. A slew of TSA agents have been busted for aiding drug traffickers, and a handful have been handcuffed for smuggling illegal aliens.

A TSA manager at Washington Dulles International Airport was convicted in 2012 for running a prostitution ring out of a hotel in Silver Spring, Md. A priest who was officially defrocked after being accused of sexually abusing young girls was hired to supervise TSA screeners in Philadelphia.

Stop blaming victims: TSA spokesmen have repeatedly derided travelers for not instantly obeying its latest prohibitions. A few years ago, the TSA decreed that no one could bring containers holding more than three ounces of liquids on board. The agency never clearly explained why this made any sense. Last month, the TSA announced that it would block people traveling back to the United States from bringing along their cellphones or laptops if their electronic devices had dead batteries. Keeping gizmos charged up abroad, though, can be a nightmare even without the TSA’s latest edict.

Stop hiring illiterates: Several folks have complained recently that TSA agents have refused to accept a District of Columbia driver’s license as a valid form of identification — apparently because they were not aware that the District is part of the United States. This is reminiscent of an actual TSA hiring exam that included a multiple-choice question on why TSA screens passengers’ bags for IEDs (improvised explosive devices): a) The IED batteries could leak and damage other passengers’ bags; b) the wires in the IED could cause a short to the aircraft wires; c) IEDs can cause loss of lives, property and aircraft; d) the ticking timer could worry other passengers.

The TSA did not disclose how many applicants were hired despite giving the wrong answer.

Stop lying to the American people: Passing through TSA checkpoints is far more aggravating because of all the hokum the agency has heaved. When the TSA was spawned, Transportation Secretary Norman Y. Mineta promised “no weapons, no waiting” and set a goal that no passenger would be delayed more than 10 minutes in TSA lines. However, queuing delays continue to be wildly erratic. Americans respond by arriving at airports far earlier — a dead loss of time that costs the agency nothing. The TSA has also been caught repeatedly lying about the perils to travelers from its whole-body scanners.

Stop blocking airports from shifting to private screening companies: Many airports are fed up with TSA’s inanities and have sought to replace them with private screeners — an option allowed under federal law. Still, the TSA has thrown endless roadblocks in front of airports seeking to eject its screeners from their premises.

Stop violating the Freedom of Information Act: The TSA is notorious for illegally stonewalling requests by journalists, bloggers and others for its internal documents. The TSA figures that what the public doesn’t know cannot hurt the agency’s budget appropriation.

It is difficult to expect the agency to repent when most congressmen are as craven as the TSA. Sen. Richard Blumenthal, Connecticut Democrat, whose lies about serving in the Vietnam War were exposed during his 2010 election campaign, is promoting the Honor Flight Act to require “TSA to codify a process to expedite screening services for veterans traveling to memorials.” Will Mr. Blumenthal next propose a bill mandating favored TSA treatment for senior citizens carrying stuffed animals to give to their grandchildren? Mr. Blumenthal shows no interest in ending TSA abuses of any group that does not provide politically helpful photo ops.

Friday is the deadline for submitting “queue cure” suggestions to the TSA. However, no one should expect the agency to adopt any suggestions that make life easier for the typical traveler. The TSA has long presumed that its own arbitrary power is the key to public safety, and there has been too little backlash to force the agency to cease violating Americans’ constitutional rights.

* Thanks to Alexander Hunter for the excellent artwork.