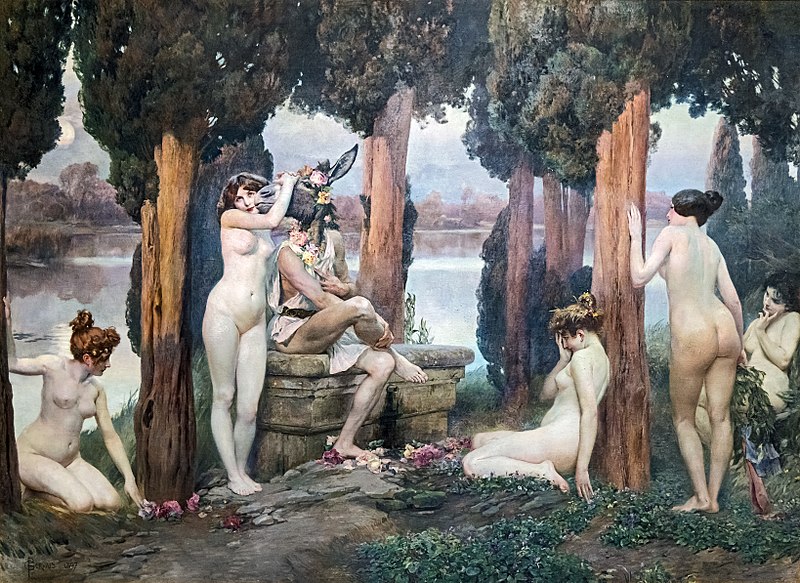 A Silenced Shakespeare in Washington

Shakespeare without puns is like French cooking without butter.

In Act 5 of “Love’s Labor Lost,” one character scoffs at pedants: “They have been at a great feast of languages, and stolen the scraps.” The latest Shakespeare fashion, at least in the Washington area, is to invite people to a feast of language and serve nothing but grunts, grimaces and grins—with a few gyrations thrown in for dessert.

The Synetic Theater has harvested a bushel of Helen Hayes Awards (the local version of the Tony Awards) for its Silent Shakespeare shows in the past dozen years. The company (whose name blends “synthesis” and “kinetic”) is run by a husband-and-wife team who were raised in Soviet Georgia and pride themselves on making Shakespeare “very accessible.” Paata Tsikurishvili, described in a Synetic video as a “visionary director,” explains: “Why I do Shakespeare, like this with less text, is because we have that vocabulary to express without the words—like crying and laughing; I take it to the next level.”

Omitting words allows Synetic to finish Shakespeare plays in barely half the time they often require. The company has received numerous grants from the National Endowment for the Arts and its state affiliate, the Virginia Commission for the Arts. Synetic is known for high-energy performances relying on acrobatics, pantomime and special effects.

But flips and twists cannot suffice for nouns and verbs. John Dryden said of Shakespeare: “When he describes anything, you more than see it; you feel it too.” Shakespeare’s depictions often penetrate both the mind and the heart. The Washington Post whooped up one Synetic production: “You don’t understand this ‘Hamlet’—you feel it in your gut.” If viewers don’t understand the inner turmoil that propelled Hamlet, their takeaway will be little more than “helluva show!”

Silent Shakespeare viewers can distinguish the good guys from the bad guys (thanks to Nazi-style salutes and other flourishes) but are unlikely to recognize the depravity that perennially accompanies power lust throughout history. No fervent gesture can explain contemporary politicians half as well as Lady Macbeth’s outburst: “What need we / fear who knows it, when none can call our power to / account?”

Without the words, Shakespeare will not mesmerize audiences for hours on end. The Macbeth I saw at Washington’s Folger Theatre in 2008 riveted with perfect acting, deft humor, and just enough special effects to catapult the drama forward. It was so good that attendees forgot they were seeing a play and that Shakespeare’s preposterously pro-English rendition of Scottish history would have gotten him tarred and feathered in Edinburgh.

Shakespeare has retained his popularity for more than 400 years in part because many of his sentences both dazzle and enlighten. In the final act of “Richard II,” the main character utters his own epitaph: “I wasted time, and now doth time waste me.” Having a deposed monarch do a Keystone Kops-style slap of his own forehead doesn’t do justice to either Shakespeare or the audience.

The king who murdered Hamlet’s father bemoans his ineffectual prayers: “My words fly up, my thoughts remain below: / Words without thoughts never to heaven go.” In the same way, pantomime is unlikely to spur epiphanies about life and humanity. Even the most expressive body language cannot compete with the power of words to provoke thoughts decades after a performance ended.

Silent presentations inevitably hit the mute button on almost all of Shakespeare’s humor. Without words, Falstaff and his minions can swagger and strut but forfeit their cavalcade of insults, jests and double-entendres. Shakespeare without puns is like French cooking without butter.

There has never been a shortage of bad Shakespeare productions in America, yet the Bard’s works leave ample room for fruitful, innovative interpretations. Shakespeare’s “Romeo and Juliet” has been beautifully adapted by Prokofiev, but that presentation succeeds thanks to magnificent music and viewers’ familiarity with the characters and storyline. “A Midsummer Night’s Dream,” which Synetic will perform beginning on July 15, is another example of a play that could be entertaining in a dance/music format. (Happily, Synetic eschews the once-fashionable 1960s bestiality-themed interpretation of that play.)

Still, Silent Shakespeare is akin to mental nouveau cuisine with more flourishes than calories. The fact that many Washingtonians consider Silent Shakespeare an improvement rather than an oxymoron reflects unkindly on the capital’s cultural pretensions. But perhaps we should not be surprised that the city that pioneered obfuscation is now exalting expunging English altogether.

Mr. Bovard is the author of ‘Public Policy Hooligan’ and a member of the USA Today Editorial Page Board of Contributors.