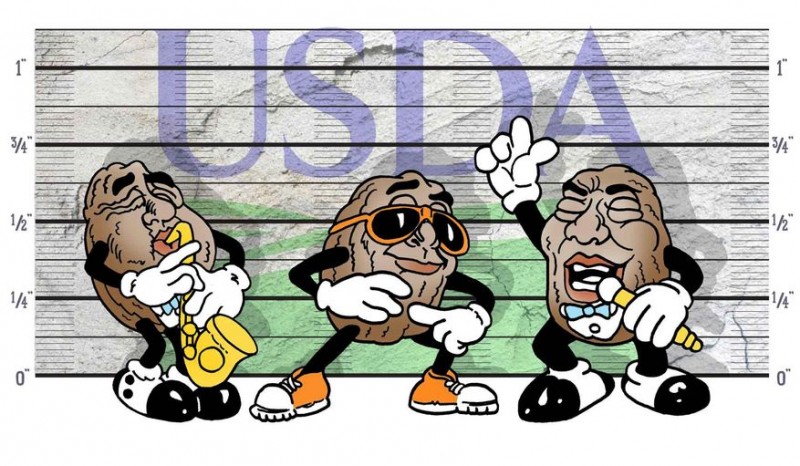 Supreme Demolition for the Raisin Racket
by James Bovard

The December 2013 Future of Freedom contained my article “A Supreme Rebuff for USDA’s Ruinous Raisin Regime.” The legal case surrounding that controversy kept percolating in the courts for another 18 months. The Obama administration won a big victory in federal appeals court last year before getting squashed by the Supreme Court this past June. The Supremes put an end to federal raisin racketeering, but private-property rights remain in political crosshairs across the nation.

This case began in 2002, when the Agriculture Department’s Raisin Administrative Committee prohibited producers from selling 47 percent of their raisin harvest in order to drive up raisin prices as part of a “reserve” scheme. The following year, the Raisin Committee decreed that producers must forfeit 30 percent of their harvest to the Raisin Committee. Marvin and Laura Horne, raisin growers in Kerman, California, refused to submit, and the U.S. Department of Agriculture (USDA) slapped them with more than $700,000 in fines. The Raisin Administrative Committee was empowered by a 1930s-era law that permitted seizing farmers’ harvests to protect them from gluts.

When the Supreme Court first heard this case in 2013, even liberal justices were amazed at the heavy-handed, archaic nature of the regulatory regime. During oral arguments, Justice Stephen Breyer declared, “I can’t believe that Congress wanted the taxpayers to pay for a program that’s going to mean they have to pay higher prices as consumers.” Justice Elena Kagan suggested that the statute authorizing the raisin cartel could be “the world’s most outdated law.”

Perhaps inspired by Justice Kagan’s quip, a Ninth Circuit federal Court of Appeals decision in May 2014 reached back a hundred years to justify perpetuating federal control of the raisin business. The decision declared, “Raisin prices rose rapidly between 1914 and 1920, peaking in 1921 at $235 per ton. This surge in prices spurred increased production, which in turn caused prices to plummet back down to between $40 and $60 per ton.” Crop prices skyrocketed during those years in large part because the World War I-era U.S. Food Administration cornered markets and vastly inflated demand by providing cheap credit to European allies to purchase boatloads of harvests. Federal intervention spurred a boom and bust that ravaged American farmers in the early 1920s.

The Ninth Circuit decision quotes a 1943 Supreme Court ruling justifying regimenting raisin farmers because the industry became “compelled to sell at less than parity prices.” But the parity index was concocted by government agricultural economists in the 1920s to justify federal aid to farmers. “Parity” was based on a set ratio of farm prices to nonfarm prices, in correlation with the ratio that prevailed in 1910–14, a boom time for farmers. Because production costs for both farm and nonfarm goods radically changed, it never made any economic sense to rely on “parity” but it was a popular political ploy.

The Ninth Circuit judges’ curiosity seemingly never extended beyond reading USDA press releases. Their decision declared that “the Marketing Order ensures ‘orderly’ market conditions by regulating raisin supply.” But the Raisin Committee’s sweeping powers have failed to prevent vast swings in prices farmers receive. Many California farmers have shifted their land to other crops; the acreage devoted to raisin production has plunged since 2000. The Ninth Circuit effectively declared that a taking is not a taking if the government intends to benefit the victim, regardless of how much damage the government inflicts.

The judges noted that “the Hornes can avoid the reserve requirement … by planting different crops” that are not subject to federally authorized commandeering. Supreme Court Justice Antonin Scalia captured the reality far better when he said in oral arguments in March 2013 that the USDA in effect offers farmers a choice: “Your raisins or your life.”

The Hornes appealed the ruling of the Court of Appeals, and the Justice Department urged the Supreme Court to uphold the Ninth Circuit’s decision. The Obama administration continually shifted its legal defense and claimed earlier this year that there are no “takings” because of arcane paperwork shuffles regarding raisin ownership built into federal law. Apparently, federal action should not count as a seizure of property unless a SWAT team storms into the farm’s packing shed and commandeers the raisins at gunpoint. The Justice Department also asserted that federal dictates do not violate raisin farmers’ rights because they “can avoid the reserve requirement of the Marketing Order by … planting different crops” or, presumably, by going to law school and becoming a federal lawyer who champions seizing farmers’ crops.

In the same way that the Obama administration denied that Obamacare would penalize individuals without health insurance, it is now claiming that the Agriculture Department’s seizures of raisins do not harm farmers. The Justice Department’s brief asserted that “the net effect of the reserve-pool requirement is to raise the value of a producer’s raisins as a whole, by stabilizing the market price of raisins and increasing revenues from the sale” of the remainder of the crop. But for that to be true, the regulatory scheme would have to double the price of raisins in some years.

In its brief filed with the Supreme Court, the Obama administration claimed that the “marketing order’s fair and proven measures for stabilizing the raisin market” are overwhelmingly supported by raisin growers. However, the brief failed to disclose that the super-heavyweight of the raisin industry, Sun-Maid, formally requested on November 17 that the secretary of Agriculture end all volume controls on raisin sales. Sun-Maid, whose 650 farmers account for almost 30 percent of California raisin production, concluded that “producers will suffer economic harm” from perpetuating archaic restrictions on marketing.

The Agriculture Department’s controls are sowing chaos. Sun-Maid points out that “there is no short-term or long-term predictability regarding the marketing of a [raisin] crop because of the potential volume regulation provisions. Producers have great difficulty in projecting potential future revenue,” which makes it more difficult “to obtain credit financing to cover production expenses.”

But the Supreme Court thwarted the Obama administration effort to redefine property rights into a meaningless vapor. Chief Justice John Roberts, writing for an 8-1 majority, declared, “The Government contends that the reserve requirement is not a taking because raisin growers voluntarily choose to participate in the raisin market. According to the Government, if raisin growers don’t like it, they can ‘plant different crops,’ or ‘sell their raisin-variety grapes as table grapes or for use in juice or wine.’ ‘Let them sell wine’ is probably not much more comforting to the raisin growers than similar retorts have been to others throughout history.”

The Obama administration claimed the raisin grab was justified because the farmers benefited from federal regulation of their industry. Roberts retorted, “The Government cites no support for its hypothetical-based approach, or its notion that general regulatory activity such as enforcement of quality standards can constitute just compensation for a specific physical taking.”

Roberts scoffed at the notion that the government deserved deference because it permitted farmers to sell their crops: “Selling produce in interstate commerce … [is] not a special governmental benefit that the government may hold hostage, to be ransomed by the waiver of constitutional protection.”

The Obama administration, carrying water for the USDA, sought to throw a bureaucratic smokescreen over the Raisin Administrative Committee’s processes, pretending that it did not actually commandeer the raisins. But Justice Clarence Thomas, in a concurring opinion, noted that the government committee “takes the raisins of citizens and, among other things, gives them away or sells them to exporters, foreign importers, and foreign governments.”

The Supreme Court smashed the Obama administration’s implication that the Fifth Amendment takings clause was meant only to protect land, not other property. Roberts declared, “The government has a categorical duty to pay just compensation when it takes your car, just as when it takes your home.” The Obama team’s attempt to effectively obliterate constitutional protection for the vast majority of property in the nation should have been far more controversial.

The only justice who swallowed the administration’s line was Sandra Sotomayor, who insisted that a taking occurs only “where all property rights have been destroyed by governmental action…. It is not a per se taking if it does not result in the destruction of every property right.” Her standard would provide an engraved invitation for a vast increase of government ravaging.

In response to the decision, Carrie Severino of the Judicial Crisis Network declared, “The Court struck a blow for all Americans today by tossing out the administration’s nonsensical argument that it doesn’t have to compensate people for seizing their personal property. That argument is well past its expiration date.”

After the Supremes announced their ruling, the Wall Street Journal reported that the USDA was “studying the Court’s decision.” A USDA spokesman declared, “The federal marketing order provides the industry in California with the ability to establish and modify handling regulations meant to improve global marketing opportunities for producers and handlers.” Perhaps USDA bureaucrats mistakenly believed that they could appeal the Supreme Court’s decision.

This article was originally published in the September 2015 edition of Future of Freedom.

2015 A Great Year for Ruckuses – Thanks for Comments!
Washingtonian Tags my WSJ Silent Shakespeare Piece as “Defining” D.C. in 2015