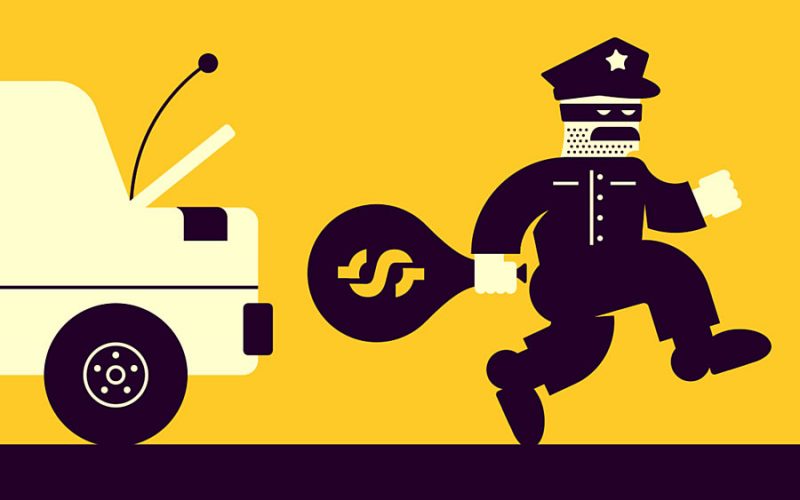 The Justice Department has resumed racketeering with the “equitable sharing” racket – helping local and state police agencies plunder innocent citizens who are stripped of their property.  The Washington Post condemns the revival with an editorial aptly headlined: “The Feds Get Back in the Stealing Business.”

For over 20 years, reformers have exposed horrendous abuses; several times, it appeared that asset forfeiture thieving would be finally curbed.  Below is a piece I wrote in 2001 after an earlier betrayal of reform efforts.  My final sentence was an exercise in pretended wishful thinking: “If the Bush  administration wants to set a loftier tone in Washington, ending forfeiture abuses is one of the best places to start.”

An End to Federal Plundering?
ASSET FORFEITURE: When the Feds arrest your property, innocence is no defense

Seizure fever continues to infect law enforcement across the nation. Last
August, the Albuquerque City Council passed a new ordinance empowering the
police to confiscate houses where they catch 20-year-olds drinking beer. Many
states and localities already have laws authorizing police to confiscate the
autos of people accused of drunk driving-regardless of whether a person is
convicted of the offense. In Minnesota, police confiscated a $ 40,000 sports
utility vehicle because the owner was sitting in the driveway testing the new
vehicle’s audio system after he got liquored up.

Roughly 70 percent of all U.S. currency has sufficient cocaine or other
narcotics residue to trigger a positive alert from a drug-sniffing dog,
according to numerous federal court cases. Yet the Wayne County, Michigan police
department confiscates the cash that people bring in to bail out friends or
relatives after dogs predictably alert-thus making it easy for police to pad
their own coffers. Federal agents continue to use this pretext to seize cash
despite numerous court rulings that the method is both unsound and unjust.

The Justice Department confiscated 42,454 cars, boats, houses, stacks of
cash, and other items of private property in 1998-booty valued at $ 604,514,
733. Federal agents can seize a person’s house, car, boat, or other property by
invoking more than two hundred different federal statutes involving everything
from wildlife to carrying cash out of the country to playing poker for cash with
friends and relatives. The vast majority of people whose property is seized by
federal agents are never formally charged with a crime. Some ninety percent
never get their property back.

How is that possible? Criminal charges against persons require proof beyond
reasonable doubt. But federal law, based on common law precedents reaching
back to medieval England, holds that when property suspected of use in a crime
is seized, the action amounts not to a criminal punishment of the owner- which
would require a trial on the reasonable doubt standard-but to an arrest of the
property itself, which enjoys no such protection. The owner’s attempts to get
his property back are then waged not under criminal rules, but under civil or
even administrative procedure dauntingly favorable to the government.

With accelerating forfeiture cases a national scandal at least since the
early 1990s, Congress last April finally passed a law purporting to curb some of
the worst abuses. Authored by House Judiciary Committee chairman Henry Hyde
(R-Ill.), renowned for his tendency to kowtow to law enforcement, the new law in
some ways tilts the playing field even further against innocent citizens.

Under the Civil Asset Forfeiture Reform Act, federal agents continue to have
the power to confiscate citizens’ assets without a court order and with no proof
of criminal wrongdoing. Federal agents merely need to claim ” probable
cause”-including rumor or hearsay evidence-before confiscating property. Only if
some citizen challenges the seizure must the government show by a “preponderance
of evidence” that the seizure was justified. ” Preponderance of evidence,” the
civil standard, means essentially that the government must show that there is a
51 percent chance that property was wrongfully used.

Since the vast majority of seizures are not challenged-tangling with federal
prosecutors is costly and beyond the skills of the sorts of lawyers available to
most victimized property owners-the new standard of evidence means little or
nothing to most forfeiture victims. The new law further intimidates challenges
by imposing a requirement that citizens who file suit to recover their property
must swear their claim is not “frivolous.” Any citizen who files an allegedly
frivolous suit can face three years in prison simply for filing it. Federal
agents suffer no penalties for frivolous seizures of private property; the
“punishment” for such behavior has in the past been outstanding performance
evaluations.

Will the Bush administration make federal agencies obey the law on
forfeiture? A good place to start would be the Customs Service, which scorns a
Supreme Court ruling that sought to limit their power to plunder travelers. The
1970 Bank Secrecy Act made it a federal crime for anyone to exit or enter the
United States with more than $ 10,000 in cash without filing a report with the
U.S. Customs Service. Customs agents pick out individuals heading for
international flights or bus trips and ask them if they are carrying more than $
10,000 in cash. If the person does not answer honestly, the agents routinely
seize the person’s money. In addition, the person faces several years in federal
prison for lying to a federal agent. Customs officials use the threat of prison
to persuade many people to forgo challenges to the seizure.

In 1998, Justice Clarence Thomas, writing for a 5-4 majority, struck down the
Customs Service’s confiscation of $ 357,144 from a Syrian immigrant who was
searched at Los Angeles International prior to heading back to Syria. The money
consisted of profits from his two gas stations and loan repayments for Syrian
relatives. Both a federal district court and an appeals court concluded that the
money had been honestly acquired and ordered most of it returned to the man.

Thomas declared that “a punitive forfeiture violates the Excessive Fines
Clause if it is grossly disproportional to the gravity of a defendant’s
offense.” The crime in question “was solely a reporting offense.” The maximum
fine under federal sentencing guidelines was $ 5,000. Thomas also noted that the
forfeiture of the cash “bears no correlation to any injury suffered by the
government.”

Customs’ response to the Court? It sharply escalated its efforts to
confiscate travelers’ cash, launching a crackdown called Operation Buckstop. In
April 1999, Customs Chief Ray Kelly bragged to Congress: “Outbound currency
seizures experienced a 59 percent increase in the amount of currency seized
compared to the same time period in FY 1997.” At Houston International Airport,
100,813 passengers were searched in 1998, though customs inspectors were able to
find pretexts to strip only eight people of their cash, including a Mexican
mother with a baby and $ 18,924.

The Feds apparently took another blow in court on January 17 when federal
judge Charles Sifton ruled that the federal government could seize cash in a
civil proceeding after it failed to challenge a finding by the court probation
department that the money was lawfully acquired. The case involved Cesar Castro,
who was arrested after he told a Customs agent at JFK International that he had
$ 2,000 with him; a search revealed that he actually had almost $ 120,000.
Castro was sentenced to two years probation and fined $ 2, 500.

After Castro’s conviction and sentencing, the government undertook a civil
action to confiscate Castro’s cash, though no evidence had ever been offered
that Castro’s money had any illegal taint. Castro had by then been through a
full criminal trial and sentencing procedure. Steve Kessler, Castro’s lawyer and
one of the nation’s foremost experts on forfeiture, told the New York Law
Journal that “the government has brought hundreds of forfeiture cases after
acquiescing to findings in pre-sentencing reports that the seized cash was
unconnected to any criminal activity.” In other words, after the government had
already tacitly admitted there was no basis for the seizure.

The greatest failing of last year’s forfeiture reform act was that it did
nothing to curb law-enforcement profiteering from forfeitures. Law enforcement
agencies routinely keep seized assets for their own uses-one of the most brazen
conflict-of-interests around. Forfeiture policies continue to be a grave blot
on the integrity and credibility of the federal government. If the Bush
administration wants to set a loftier tone in Washington, ending forfeiture
abuses is one of the best places to start. 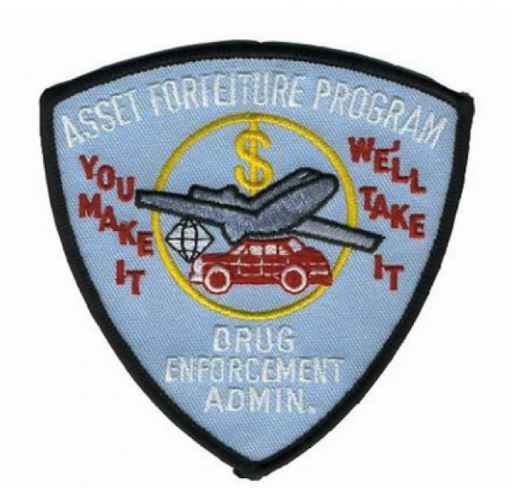