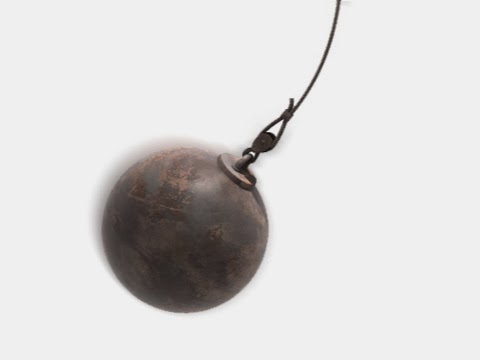 “Wrecking Ball Benevolence” describes a lot of things that federal agencies do. I used that phrase in a 2004 Barron’s article (happily, editor Tom Donlan did not consider the phrase overwrought) and in the Bush Betrayal to capture how federal housing policy was disrupting markets and paving the way to a collapse in housing values. The Federal Appeals Court for the Federal Circuit issued a ruling today in a case regarding lawsuits against Fannie Mae and Freddie Mac, two government sponsored enterprises that dominated and helped derail the housing market.

One critic has called it “wrecking-ball benevolence,” James Bovard, Editorial, Nothing Down: The Bush Administration’s Wrecking-Ball Benevolence, BARRON’S, Aug. 23, 2004, http://tinyurl.com/Barrons-Bovard; while another, dismissing the compassionate rhetoric, dubs it “crony capitalism,… But whether the road was paved with good intentions or greased by greed and indifference, affordable housing turned out to be the path to perdition for the U.S. mortgage market. And, because of the dominance of two so-called Government Sponsored Entities (“GSE”s) — the Federal National Mortgage Association (“Fannie Mae” or “Fannie”) and the Federal Home Loan Mortgage Corporation (“Freddie Mac” or “Freddie,” collectively with Fannie Mae, the “Companies”) — the trouble that began in the subprime mortgage market metastasized until it began to affect most debt markets, both domestic and international.

By 2008, the melt-down had become a crisis. A decade earlier, government policies and regulations encouraging greater home ownership pushed banks to underwrite mortgages to allow low-income borrowers with poor credit history to purchase homes they could not afford. Banks then used these risky mortgages to underwrite highly-profitable mortgage-backed securities — bundled mortgages — which hedge funds and other investors later bought and sold, further stoking demand for ever-riskier mortgages at ever-higher interest rates. Despite repeated warnings from regulators and economists, the GSEs’ eagerness to buy these loans meant lenders had a strong incentive to make risky loans and then pass the risk off to Fannie and Freddie. By 2007, Fannie and Freddie had acquired roughly a trillion dollars’ worth of subprime and nontraditional mortgages — approximately 40 percent of the value of all mortgages purchased. And since more risk meant more profit and the GSEs knew they could count on the federal government to cover their losses, their appetite for riskier mortgages was entirely rational.

Here’s the text of that Barron’s editorial:

Barron’s, August 23, 2004
Nothing Down
The Bush administration’s wrecking-ball benevolence

ONE OF THE PROUDEST ELEMENTS of President Bush’s “compassionate conservative” agenda has been government financial support to home buyers for down payments. Bush is determined to end the bias against people who want to buy a home but don’t have any money. But he is exposing taxpayers to tens of billions of dollars of possible losses, luring thousands of moderate-income families into bankruptcy, and risking the destruction of entire neighborhoods.

Bush began pushing his down-payment plan in 2002. The administration’s rhetoric echoed the grand works of President Lyndon Johnson’s Great Society. A White House Fact Sheet issued June 17, 2002, declared that Bush’s agenda “will help tear down the barriers to homeownership that stand in the way of our nation’s African-American, Hispanic and other minority families. … The single biggest barrier to homeownership is accumulating funds for a down payment.”

If true, the comment shows how much times have changed. The biggest barrier to homeownership for minorities used to be racial prejudice and unequal access to credit. Now, it’s just the same lack of thrift that afflicts people of all races.

Nevertheless, Congress passed Bush’s American Dream Downpayment Act last fall. It authorizes federal handouts to first-time home buyers of up to $10,000 or 6% of the home’s purchase price, whichever is greater, to anyone with income 20% less than their local median income. In San Francisco, where the median income is more than $113,300, a family of four with an income of up to $90,500 is eligible for this freebie.

The president is also urging Congress to permit the Federal Housing Administration to begin making zero down-payment, low-interest loans to low-income Americans. The administration forecast that zero down-payment mortgages could be given to 150,000 home buyers in the first year. Federal Housing Commissioner John Weicher said in January 2004 that “the White House doesn’t think those who can afford the monthly payment but have been unable to save for a down payment should be deprived from owning a home,” National Mortgage News reported. While zero-downpayment mortgages have long been considered profoundly unsafe (especially for borrowers with dubious credit history), Weicher confidently asserted: “We do not anticipate any costs to taxpayers.”

So down-payment handouts are now part of building up the American character. Bush proclaimed on June 16, 2003: “Homeownership is more than just a symbol of the American dream; it is an important part of our way of life. Core American values of individuality, thrift, responsibility, and self-reliance are embodied in homeownership.”

Is individuality something that the Feds have any competence to try to mass produce?

Is thrift something which can be fertilized with billions of additional dollars of deficit spending?

Is responsibility something which can be maximized through political grandstanding?

Is self-reliance so wonderful that the government should subsidize it?

The Bush “American Dream” act and the zero down-payment plan are modeled after down-payment assistance programs that have proliferated in recent years. These programs, often engineered by nonprofit groups, routinely involve a home builder giving a “charitable contribution” to the nonprofit, which then provides the home buyer with money for the down payment. The price of the house is sometimes increased by the same amount as the builder’s “gift;” in other words the builder gets a tax deduction on some of his profit.

Almost all the mortgages created with down-payment assistance end up being underwritten or guaranteed by either the Federal Housing Administration or by Ginnie Mae (the Government National Mortgage Association).

Free down payments carry catastrophic risks. The default rate on mortgages from the largest downpayment-assistance organization, Nehemiah Corp., is 25 times higher than the nationwide mortgage-delinquency rate, according to department of Housing and Urban Development Inspector General. The default rate on Nehemiah mortgages quadrupled between 1999 and 2002, reaching almost 20%. HUD currently has no idea how many of the loans that the FHA is underwriting are closed with down-payment gifts. It appears that the department does not want to know.

President Bush’s policies are pouring fuel on a fire that is already ravaging many neighborhoods in the U.S. While the percentage of Americans who own homes has risen in recent years, the foreclosure rate is rising much faster, tripling since the early 1980s. The percentage of FHA single-family home loans that have defaulted rose 54% between 1999 and 2002, reaching 4.25%. Payments on roughly 12% percent of all FHA mortgages are past due.

Millions of American homeowners are at risk of sustaining collateral damage from this debacle. We should recall the role of a similar program launched in 1968 to provide federally insured mortgages to poor people. The result was a disaster, and not just for the poor people who could not actually afford the mortgages they were given. Since most families in the program had almost no equity in their homes, they had nothing to lose if they ran into financial difficulty. It was often cheaper to abandon the houses than to repair them. Neighbors who were not in the program found themselves surrounded by abandoned homes, and their property values — built over years of individual effort, thrift, responsibility, and self-reliance — vanished.

National Journal said in 1971 that the Federal Housing Administration was “financing the collapse of large residential areas of the center cities.”

The National Housing Institute, a non-profit research group, noted in 2002 that concentrations of FHA defaults in cities have “turned the American dream of homeownership into the neighborhood nightmare. Community organizations around the country have witnessed firsthand the devastating effects of abandoned housing and the ensuing crime, drug trafficking, prostitution, child abuse and disinvestment.”

Homeownership carries far more financial rude surprises (such as the cost of major repairs) than does renting. If people get into a house they cannot financially handle and they go bankrupt, they are worse off than if they had never received down-payment assistance.

Bush administration officials stress how the new policies especially benefit minorities and often imply that the homeownership gap between races is caused by bias. But federal studies prove otherwise. A 1995 Federal Reserve Board study examined more than 200,000 mortgage loans and found that “blacks defaulted about twice as often as white borrowers.” Blacks are almost twice as likely as whites to have bad credit ratings among people of the same income class, according to a 1999 survey by Freddie Mac.

These down-payment initiatives are key planks in the Bush re-election campaign. Bush will get the applause and political credit now, while the defaults from the program will not surge until sometime after November 2004.

Transferring the risk of homeownership from buyers to taxpayers does not endow virtue in America. Giving people a handout that leads them to financial ruin is wrecking-ball benevolence.

Rather than boosting the number of people dependent on government for a roof over their heads, the Bush administration should devote its energy to dismantling HUD, the fountainhead of foolish housing policies, and the biggest single blight on urban America.

JAMES BOVARD is the author of the just-published The Bush Betrayal (Palgrave) and Feeling Your Pain: The Explosion and Abuse of Government Power in the Clinton-Gore Years (Palgrave, 2000).