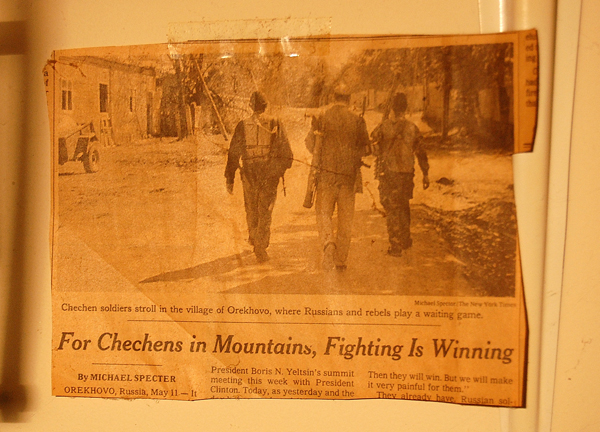 On Independence Day, I salute all those folks who have fought and are fighting for liberty and refusing to submit to oppression in their daily lives. I also salute everyone who makes the effort and often the sacrifices to secure their own personal independence. Government has become far more oppressive and intrusive in recent decades. But we still have enough freedom to left to make it hot – at least sporadically – for politicians who trample the Constitution. I am encouraged to see so many folks refusing to tolerate official BS and trampling of their rights.

The photo shows a New York Times headline I taped to my office wall in 1995, where it still remains. “For Chechens in Mountains, Fighting is Winning” is a reminder that fighting for freedom, by itself, is a vindication of freedom. It is not so important what the current Congress or this president does or fails to do. What matters is that people continue fighting for their own freedom and standing up for their rights. (I am no apologist for Chechen terrorists, but the long history of the Chechens being oppressed by the Czars, the Soviets, and by the Russians after the fall of the Soviet Union does a lot to explain Chechens’ resistance.).

“Come Back with a Warrant” is now a popular doormat – as well as rallying cry by the Electronic Freedom Foundation (which does great work against illegal surveillance) and other groups.

As long as we keep fighting for freedom, we are winning.  Politicians will never be able to outlaw the spirit of liberty. 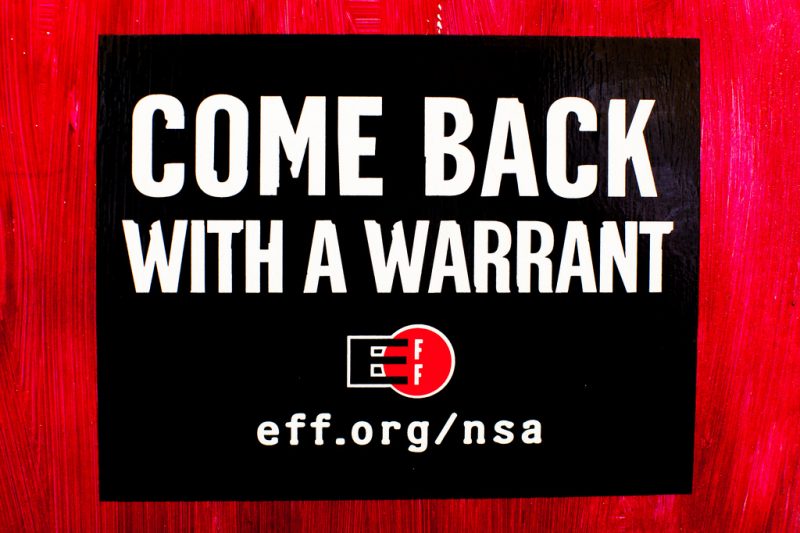 July 4th is my Independence Day, regardless of how depraved the government has become. Thirty-seven years ago, the New York Times printed a satire I wrote on the failure of the All-Volunteer Congress. Some congressmen wanted to revive the military draft in order to have a higher quality army. I showed that the same argument could be used for drafting members of Congress because “it is only the ego-starved who volunteer for Congressional duty now. These people are forced into Congress by their psychological or mental poverty, as no real alternative or treatment exists for their condition.” “Contempt of Congress” is the right attitude for Independence Day, especially considering how much more oppressive and reckless Congress has become since ’79.