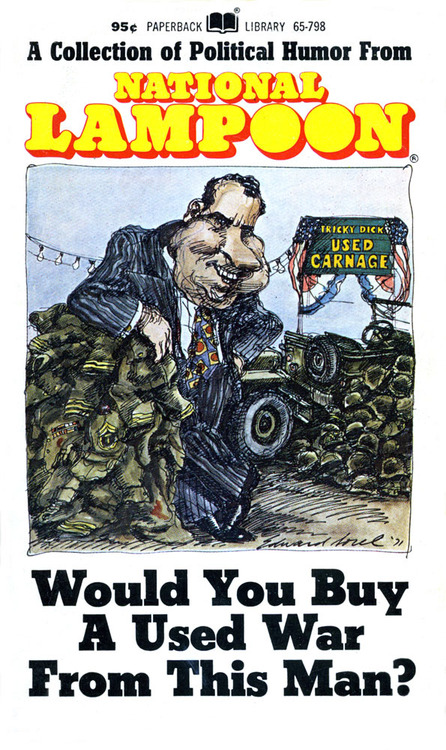 Trump’s speech on Afghanistan this evening reminded me of this book cover from the early 1970s.  This was probably some of the first political humor which I relished.  National Lampoon was much more reliable on Nixon’s foreign policy than was the Washington Post.

So Trump will speak in a few minutes on his solution for Afghanistan. I am on the edge of my chair, waiting to see if he forever banishes my cynicism about politicians. It’s always a bad sign when a speech is given to a military audience – nobody can hoot or jeer without ruining their career.