Facebook is no longer blocking my post after I changed headline to "Janet Reno, American Saint" & added new photo https://t.co/uT0f7mPF9n

** This is the same article as the prior blog post – except for the headline & featured photo. Facebook blocked me from crossposting a full link to the “Janet Reno, Tyrant or Saint?” article. After I retitled it “Janet Reno, American Saint” and substituted an official Janet Reno portrait shot instead of Waco in flames, I had no problem posting on FB. I sent an inquiry to the Facebook Press office seeking an explanation – or at least some insight – into why the original article URL was “blocked” (as mentioned in this screen shot from a Facebook software page when I sought to fix the glitch). 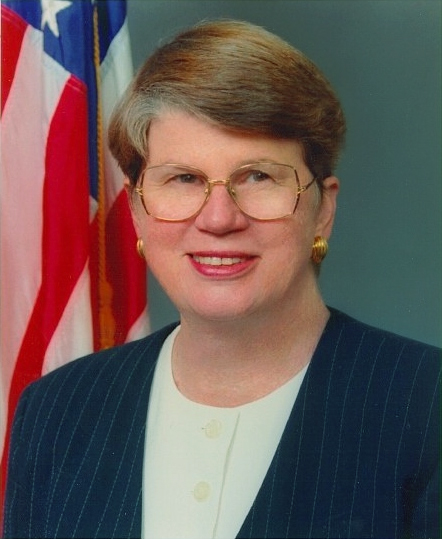 That terrorist attack helped propel congressional hearings on Waco — the first time that Congress had seriously examined the carnage (thanks to the Republican takeover of Congress in the 1994 elections). Reno testified on August 1, 1995. In response to a specific question about why the FBI tanks began destroying the building before the fire, Reno responded, “I share your frustration when you have such a tragedy as this, and you try to figure out what to do in the future to avoid the recurrence of it, not in an experiment, but in a thoughtful way.”The confidential FBI report that Reno received before approving the attack stated that the impact of the CS gas on “infants and children cannot be ignored because gas masks are not available for infants and younger children.” When Rep. John Mica (R-Fla.) presented Reno with a gas mask to illustrate the point that it could not have fit children, Reno casually tossed the gas mask onto the floor and announced that “it’s not very helpful, in terms of trying to understand what happened there, to just show gas masks. We’ve got to show the people what went into the process.” And Reno continued ensuring that damning information did not come out.The highlight of Reno’s testimony was her revelation that the 54-ton tanks that smashed through the Davidian ramshackle home should not be considered as military vehicles — instead, they were “like a good rent-a-car.” When she was challenged on this, she added, “These tanks were not armed. They were not military weapons. And I think it is important, Mr. Chairman, as you deal with this issue, not to make statements like that that can cause the confusion.” Reno later added that it would be wrong to focus on the “menacing quality” of the tanks, since “those tanks had been around. People [inside] knew about the tanks. I think they were very accustomed to the tanks, at that point.” But the Davidians were not accustomed to the tanks’ flattening their home.
Trashing free speech and privacy
In October 1993, Reno, upholding a long tradition of attorney generals in the forefront of sabotaging the Constitution, called for government censorship of television violence. In Senate testimony, she warned, “If immediate voluntary steps are not taken [by television producers] and deadlines established, government should respond and respond immediately. We must move forward to set a schedule for compliance with proper standards, or government should set those standards.” Reno did not say when she would be sending in the SWAT teams to take down Beavis and Butthead. But her intimidation tactics ensured her a tidal wave of positive press as a person who truly cared about children.In 1996 Congress passed and Bill Clinton signed the Communications Decency Act. The measure would have effectively curtailed all sexual expression on the Internet, imposing a two-year prison sentence and a $250,000 fine for anyone who engaged in speech that was “indecent” or “patently offensive” on the Internet if his words might somehow be viewed by children. A three-judge panel found the law “profoundly repugnant” to the First Amendment. Despite the setback, Reno defended the law. She declared in early 1997,

But one of the points we have to remember is, if you have an absolutely incredible technology that … provides new and incredible opportunities for learning, for communication, and for understanding, it also has incredible opportunities to put stuff on there that can be damaging, harmful, and hurtful, particularly to children. We have seen the problem that exists in this country of children who are unsupervised for many hours of the day…. We have got to design a system that can ensure the availability of this marvelous tool without damaging the children that will have access. And I think that there are ways and effective means, and I think that this will be the basis of the argument.

Reno was referring to the argument that Justice Department lawyers made before the Supreme Court to defend the law’s draconian penalties. NewsBytes summarized the government’s argument before the Supreme Court: “In the brief, the government asserts that a fear of encountering ‘indecency’ online could deter potential users from exercising their First Amendment interest in accessing the new medium.” An ACLU lawyer commented, “It is supremely ironic that the government now says it is protecting the First Amendment rights of Americans by threatening people with jail for engaging in constitutionally protected speech.” The Supreme Court trounced the Justice Department, ruling the law unconstitutional.

Reno was the chief law-enforcement officer of an administration that vastly expanded illegal government spying on private citizens. In 2000, controversy erupted over “Carnivore,” the FBI’s email wiretap software that allowed the agency to vacuum up vast amounts of private email — regardless of whether the feds had a search warrant. FBI officials “explained” the program’s ominous name by stressing that they never thought the public would learn of the program’s existence. Janet Reno took charge by announcing she would require the FBI to change Carnivore’s name.

The highlight of Reno’s final year in power was an immigration raid by 130 federal agents in Miami’s Little Havana section on April 22. The raid went pretty much as planned — the agents seized six-year-old Elián Gonzalez and left shattered doors, a broken bed, roughed-up Cuban-Americans, and two NBC cameramen writhing in pain from stomach kicks or rifle-butts to the head. The only problem: Associated Press stringer Alan Diaz snapped a photo of a Border Patrol agent pointing his submachine gun towards the terrified boy being held by the fisherman who initially rescued the boy out of the Atlantic Ocean.

Reno called a press conference a few hours after the raid and, when asked about the photo, replied, “One of the beauties of television is that it shows exactly what the facts are. And as I understand it, if you look at it carefully, it shows that the gun was pointed to the side, and that the finger was not on the trigger.” Yet, the photo clearly shows a gun pointed towards the fisherman; admittedly, the muzzle of the gun was not in the boy’s mouth. The Heckler and Koch MP-5 submachine gun sprays 800 rounds a minute — and a finger a half-inch away from the trigger means nothing. The agent did not even have both hands on the machine gun: if the weapon had fired, he would have had no control over where the bullets sprayed. Two days later, during a puff-piece interview on NBC Today, Reno declared, “One of the things that is so very important is that the force was not used. It was a show of force that prevented people from getting hurt.” That would be news to the NBC cameraman who was hospitalized after the raid after being smashed in the head with a rifle-butt.

The reaction to the raid epitomized the media’s coverage of Reno’s term as Attorney General. The Washington Post ran a laudatory article on how Reno had supposedly personally ensured that not all journalists would be beaten during the raid. New York Times columnist Thomas Friedman, in an article headlined, “Reno for President,” declared that the machine-gun photo “warmed my heart” and that it should be put “up in every visa line in every U.S. consulate around the world, with a caption that reads: ‘America is a country where the rule of law rules. This picture illustrates what happens to those who defy the rule of law and how far our government and people will go to preserve it.’” But the feds’ mandate to seize Elián and send him back to Cuba was legally shaky and they pretty much ignored the “knock and announce” rule for carrying out a search warrant.

For Reno, government was always the good guy. In a 1996 speech to government prosecutors, she declared, “All of you public lawyers are but little lower than the angels, and I salute you.” Reno showed her belief in angels in 1994 when she decreed that federal prosecutors would no longer be bound by the ethics guidelines issued by state bar associations prohibiting lawyers from contacting adverse parties directly without their lawyers’ being  present. Reno’s power grab for federal prosecutors was unanimously condemned by the Conference of Chief Justices, representing all the state supreme courts.

Reno’s greatest achievement was to teach Americans that “Justice Department” is an oxymoron. She proved that the federal government cannot be trusted to police itself. Unfortunately, that seems to be the same lesson that every attorney general teaches — and the media and most Americans ignore.