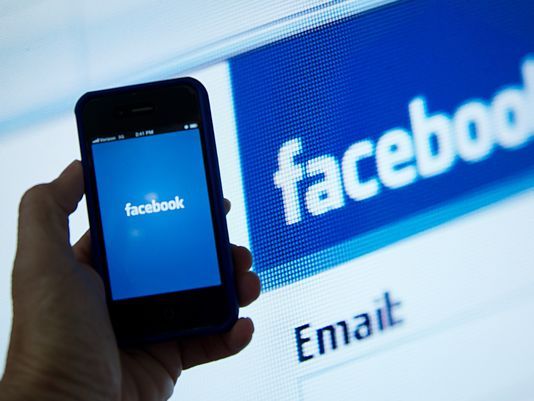 Facebook said my post’s image of a violent FBI raid ‘incorrectly triggered our automation tools.’ But it wasn’t the first time an iconic image vanished.

Responding to Russian-funded political advertisements, Facebook chairman Mark Zuckerberg declared last month that “we will do our part to defend against nation states attempting to spread misinformation.” But Facebook is effectively sowing disinformation by kowtowing to foreign regimes and censoring atrocities such as ethnic cleansing in Myanmar. In the name of repressing fake news and hate speech, Facebook is probably suppressing far more information than Americans realize.

Facebook blocked a post of mine last month for the first time since I joined it nine years ago. I was seeking to repost a blog article I had written on Janet Reno, the controversial former attorney general who died last year. I initially thought that Facebook was having technical glitches (no novelty). But I checked the page and saw the official verdict: “Could not scrape URL because it has been blocked.”

“Pshaw!” I said, or some other one-syllable epithet. I copied the full text of the article into a new blog post. Instead of using “Janet Reno, Tyrant or Saint?” as the core headline, I titled it: “Janet Reno, American Saint.” Instead of a 1993 photo of the burning Branch Davidian compound in Waco, Texas, I substituted an irreproachable official portrait  of Reno. Bingo — Facebook instantly accepted that crosspost. I then added a preface detailing the previous blockage and explaining why I sainted Reno. The ironic headline attracted far more attention and spurred a torrent of reposts by think tanks and other websites.

I contacted Facebook’s press office to learn why the initial post was blocked. Facebook spokeswoman Ruchika Budhraja checked into the matter and notified me that I would be permitted to post that link. “But why was it blocked?” I replied. She responded: “There was an image in the post that incorrectly triggered our automation tools. That issue has been corrected.”

So when did showing the home of more than 70 people engulfed in flames after a FBI assault become beyond the pale? Facebook presumably blocked everyone who sought to share that image from the most vivid law enforcement debacle of the 1990s.

This was not the first time Facebook erased an iconic image that the U.S. government would be happy to see vanish. Facebook likely deleted thousands of postings of the 1972 photo of a young Vietnamese girl running naked after a U.S. plane dropped napalm on her village.  After coming under severe criticism last year, Facebook announced that it would no longer suppress that image. Unfortunately, Facebook is unlikely to disclose a list of the images it bans. Because most Americans are clueless about current events and recent history, they will have little idea of what vanishes into the Memory Hole.

Zuckerberg also promised last month to continue working “to ensure our community is a platform for all ideas and force for good in democracy.” But the Facebook vision of democracy does not include freedom of information. Facebook instructs its employees that “we will not censor content unless a nation has demonstrated the political will to enforce its censorship laws.” But in such cases, Facebook happily teams up with heavy-handed politicians to crush dissent and suppress heretical notions.

In Turkey, India, Pakistan and Morocco, Facebook routinely suppresses comments from regime opponents. Facebook cooperates closely with the Israeli government and “Palestinian groups are blocked so often that they have their own hashtag, #FbCensorsPalestine.”

In June, German police raided dozens of homes across the nation suspected of offensive social media postings and “conducted home searches and interrogations,” according to the New York Times. Facebook is deleting 15,000 posts a month in Germany but the government is threatening a $50-million-plus fine unless Facebook suppresses far more comments. Judith Bergman of the Gatestone Institute commented on the German mandate: “When employees of social media companies are appointed as the state’s private thought police … free speech becomes nothing more than a fairy tale. Or is that perhaps the point?” Other European nations are jumping on the suppression bandwagon. British Prime Minister Theresa May last month called on Facebook to remove purportedly extremist content within two hours of a government demand.

Facebook is massively deleting posts from the victims of the ongoing slaughter of ethnic minority Muslims (known as Rohingya) by Myanmar’s military. Facebook spokeswoman Budhraja explained to The Daily Beast: “We work hard to strike the right balance between enabling expression while providing a safe and respectful experience.”  What is the “right balance” regarding a brutal campaign that is creating hundreds of thousands of refugees and spurring denunciations all over the world?

Facebook last May announced plans to hire an additional 3,000 content reviewers to scrutinize and delete offensive or improper postings or false information. But catch-all notions of “fake news” can abet government coverups. Condemnations of Congress’ 1964 Gulf of Tonkin Resolution were often considered “fake news” (or communist propaganda) until Americans learned how the Johnson administration deceived them into the Vietnam War. Allegations that the feds had any role in that Waco fire were labeled conspiratorial nonsense until 1999, when the Justice Department admitted that the FBI fired pyrotechnic devices into the ramshackle building before the conflagration. Assertions that foreign governments had any role in the 9/11 attacks were summarily condemned until recent disclosures about Saudi financing of the hijackers.

Unlike its role in many foreign nations, Facebook is not functioning as an official censor in the U.S. But the company’s nonchalance about engaging in the electronic equivalent of book burning abroad should spur wariness about its conduct here. There are far too many American politicians who would be happy to browbeat Facebook into silencing their critics.

James Bovard, author of Attention Deficit Democracy, is a member of USA TODAY’s Board of Contributors. Follow him on Twitter @JimBovard.