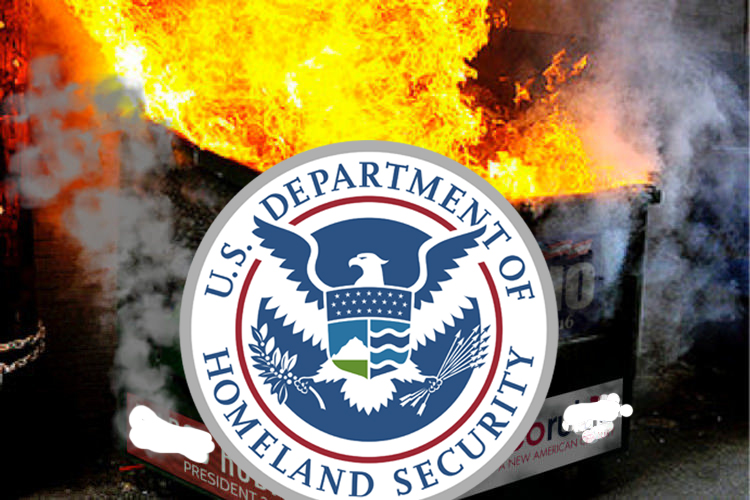 After the 9/11 attacks, Congress and the Bush administration pretended that unlimited federal spending was one of the best ways to thwart terrorist threats. In 2002, Congress created the Homeland Security Department (DHS), sweeping some of the most inept federal agencies, such as the Secret Service and the Federal Emergency Management Agency (FEMA), into the new mega-department. Congress also created numerous programs — some run directly by FEMA — to shovel out more than $30 billion in anti-terrorism funding to local and state governments.

As Sen. Tom Coburn (R–Okla.) observed a few years ago, “FEMA’s lax guidelines and oversight made the agency a virtual rubberstamp for most anything that grant recipients creatively justified as related to homeland security — regardless of how loosely related.” Louisiana Homeland Security grant recipients spent $2,400 for a lapel microphone and $2,700 for a teleprompter. Fort Worth, Texas, spent $24,000 of a federal anti-terrorism grant on a latrine-on-wheels. Other Texas local governments spent Homeland Security grants on “a hog catcher for Liberty County, body bags, garbage bags, Ziploc bags and two 2011 Camaros at $31,000 apiece,” as a Senate report revealed.

DHS approved a Michigan police department’s spending $6,200 of its grant on 13 sno-cone machines. The Senate report noted that local officials “defended the sno-cone purchases saying the machines were needed to treat heat-related emergencies.” DHS also asserted that the machines were “dual purpose” because they “could be used to fill ice packs in an emergency.”

The Jacksonville Urban Area Security Initiative used a DHS grant to produce an 8-minute film entitled “Domestic Terrorism: The First Line of Defense.” The film urged viewers to report any suspicious activity and to be especially wary of people are “alone or nervous” or people “of average or above average intelligence” (unlike the people who made the film). People were also told to be on the lookout for residents who displayed “increased frequency of prayer or religious behavior.” As a Techdirt analysis pointed out, “Broadly defined ‘suspicious behavior’ is a great way to make every citizen a suspect … and justify every violation of personal privacy. If you need warrantless wiretaps or a reason to indefinitely detain U.S. citizens, all you have to do is start listing everyday activity as ‘suspicious.’”

Anti-terrorism funding has proven to be a boon for the travel industry. Many DHS grant recipients paid to send their employees to the HALO Counter-Terrorism Summit in 2012, which took place at the Paradise Point Resort & Spa on an island near San Diego. Invitees were told that “this luxury resort features over 460 guestrooms, five pools, three fantastic restaurants overlooking the bay, a world-class spa and state-of-the-art fitness center. Paradise awaits.” The highlight of the conference was a “zombie apocalypse” show featuring “40 actors dressed as zombies getting gunned down by a military tactical unit…. Conference attendees were invited to watch the shows as part of their education in emergency response training,” as a Senate investigation reported. This type of federally subsidized mass-shooting rehearsal did not spur any protests from anti-gun groups.

DHS handouts make state and local law-enforcement agencies more intrusive and punitive. DHS has given a number of grants to purchase license-plate readers for police patrol cars. One California urban area spent $6 million on the readers, which were used to detect vehicles with “excessive traffic violations.” Two years ago, DHS solicited proposals for private companies to create a national database on license-plate data that could disclose exactly when and where citizens drive. The subsequent firestorm caused DHS to temporarily back off from its proposal but it was rolled out again in 2015.

Maryland used federal Homeland Security grants to equip hundreds of police cars with license-plate scanners that create almost 100 million records per year detailing exactly where and when each vehicle travels. The grants also paid for stationary cameras that recorded license plates passing on nearby roads. The massive databank, which mortifies the ACLU, has been almost a total failure at nailing violent criminals or car thieves or terrorists. Instead, almost all the license-plate alerts involve scofflaws who failed to take their cars in for mandatory vehicle-emissions tests.

Local governments and agencies in the Chicago area spent $45 million in Homeland Security grants to set up a network of surveillance cameras known as “Project Shield.” The system was justified as an anti-terrorist measure but was shut down after it was recognized as a boondoggle. A Chicago Tribune editorial derided the program as “Project Sieve.” Some of its equipment failed to function in hot or cold weather. Almost 20 percent of the equipment was misplaced or stolen. Idiotic decisions were made in where to place the surveillance cameras — in police-station lobbies for example. Congressman Michael Quigley (D–Ill.) denounced Project Shield as “corruption which makes us less safe.”

After the heavy-handed police response to protests in Ferguson, Missouri, in August 2014, Barack Obama publicly fretted about the militarization of police. But many of the worst abuses have long been funded by DHS. A Senate report noted, “‘Militarized’ vehicles and bomb detection robots top the list of ‘must have’ equipment being purchased by law enforcement teams around the country.”

Police departments are also using DHS grants to buy drones to conduct surveillance over their entire domains. As the Senate report explained, “Given the proliferation of military drones used in war operations, local police now want similar equipment in their arsenal of crime-fighting tools.” Senator Coburn warned, “The deployment of these types of surveillance machines raises important questions about American citizens’ constitutional rights and the appropriate balance between improving security and freedom. Federal, state, and local policymakers must carefully consider whether new law-enforcement tools and strategies protect freedom or threaten civil liberties.” But few members of Congress have shown any interest in reining in federally funded abuses.

Federal grant money is enabling local police to buy other military-style devices. As a Senate report noted, “Long-Range Acoustic Device (LRAD) machines were originally developed for use by the military as a nonlethal way to repel adversaries, including Iraqi insurgents or pirates, by making a loud and intense sound that is capable of damaging hearing.” Pittsburgh used $88,000 of DHS grant money to buy a “long-range acoustic device” and used it on protesters at a 2009 international summit in Pittsburgh, leading to at least one lawsuit from a victim claiming permanent loss of hearing.

Federal anti-terrorism grants are also spurring pointless intrusions around the nation. The Washington, D.C., subway system has been plagued by high-profile violent attacks by riders (as well as horrendous service which occasionally kills passengers). The feds’ solution? Special grants of $10 million or more per year to bankroll police to accost travelers before they enter the subway system and search their purse, briefcase, backpack, or whatever. Metro officials insisted that the searches were no big deal because they would be very brief — unless, of course, police found a reason to arrest someone or detain him for questioning. Police rely on hand-held explosive-detection devices which are well known to be ludicrously inaccurate (and can be triggered by hand sanitizer or soap). A Washington Post reporter noted that “many of those transit commuters still have the option of traveling by car, where their property is likely to be safe from police search as long as they don’t commit a crime, a distinction no longer available to Metro riders.” The police search teams are not deployed in response to any credible threat; instead, they are simply sent out to establish police presence. This is akin to the “security theater” that TSA has made famous. But news that police conduct warrantless searches of passengers entering subway stops quickly spreads on social media. If someone wants to avoid the hassle (or the discovery of the nuclear bomb in his suitcase), he merely needs to go to a different metro station a mile or two away.

Federal anti-terrorism grants have been a great political success regardless of pervasive waste, fraud, and abuse. As author and New York Times reporter James Risen (who was targeted for years by both the Bush and Obama Justice Department for national-security leaks he received) observed, the “homeland security–industrial complex” has been a windfall for Washington. Politicians have “learned that keeping the terrorist threat alive provides enormous political benefits…. A decade of fear-mongering has brought power and wealth to those who have been the most skillful at hyping the terrorism threat,” enhancing the “financial well-being of countless federal bureaucrats, contractors, subcontractors, consultant, analysis and pundits.”

The Trump administration has proposed curtailing some anti-terrorism grants to state and local governments but it remains to be seen whether Congress gets on board. What does the United States have to show for tens of billions of dollars of Homeland Security antiterrorism spending by local and state governments? Michael Sheehan, former New York City deputy commissioner for counterterrorism, observed, “I firmly believe that those huge budget increases have not significantly contributed to our post–9/11 security.” But the war on terrorism has been an unmitigated victory for Leviathan and politicians at every level of government.

Tagline: Bovard is a USA Today columnist and has written for The New York Times, The Wall Street Journal, The Washington Post, New Republic, Reader’s Digest, Playboy, American Spectator, Investors Business Daily, and many other publications. He is also the author of ten books.