My Hill oped, “Fed’s misconduct in Cliven Bundy case stems from Ruby Ridge,” has spurred more than 600 comments.   Some commenters mistakenly asserted that the Bundys or their supporters had fired upon the feds.  Didn’t happen – but that assumption sufficed to justify advocating preemptively killing many people.  Some commenters believe the federal snipers should have slain any private citizen touting a gun at the 2014 Bundy Ranch standoff.  That was the Rule of Engagement that the FBI used at Ruby Ridge, where an FBI sniper gunned down all of the adults before any surrender demand was issued. These following comments do provide insight into how some political activists view reality and the American people.

I don’t know where commenters are employed but it is striking to see the level of misinformation in some posts. For instance, InsurgentInMin justifies the killing of Vicki Weaver as she held her baby in the cabin door because “An FBI agent was shot.”  No shots were fired at FBI agents before or after Vicki Weaver was slain.

InsurgentInMin also justifies the FBI because they were “serving a bench warrant for Weaver on a firearm charge.”  But the FBI had no warrant – only shoot to kill orders that were later condemned by a Justice Dept. Task Force and two separate federal appeals court rulings.   Nor did the U.S. marshals have a warrant when they trespassed on the Weavers’ land on August 21, 1992.

I may have missed some of the edgiest comments.  Quite a few comments have been deleted and I noticed that a Hill moderator added a timeout warning to the following commentor:

The illustration in the thumbnail for the article is by Amy Crehore, created for an article I wrote on Ruby Ridge for the June 1995 issue of Playboy.

++++ And here’s words of wisdom in a graphic created by my Facebook friend Joe Eldred: 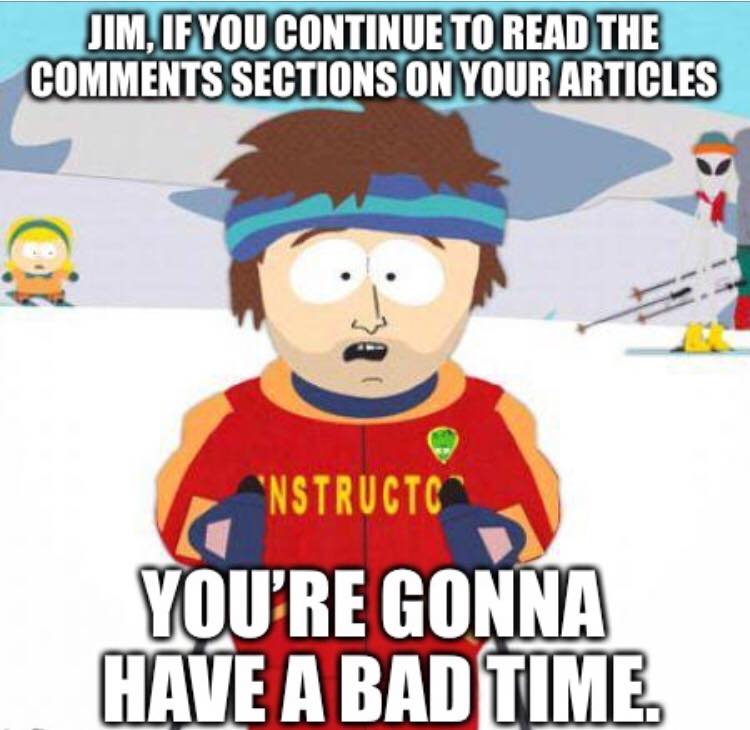