More than a thousand comments came in on my Hill oped on how the U.S. government conned more voters in 2016 than the Russians did. Once again, my efforts were not fully suasive with all readers.  Maybe next time?   Among the accolades:  freakin’ jerk, hapless klutz, rightwingnut-Republican-posing-as-libertarian,  “this Brovard dude is so not right,” troll,  libertarian hack,  bullshit, one of Putin’s fav buttbuddies, cockamamie, stupidest opinion piece yet, lunacy, blowhard,  garbage, Russian propaganda, right-wing shill…..   And the most piercing comment: “This guy is not even good at deflection.”   But at least some folks are recognizing my stuff, as shown by the “ew. Not this moron again” review. 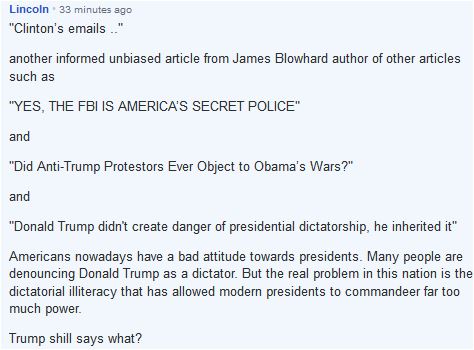 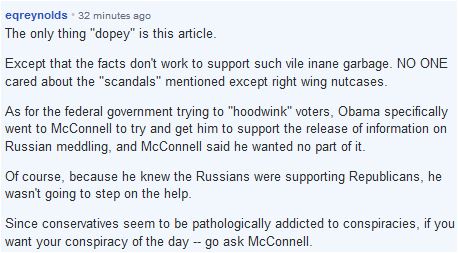 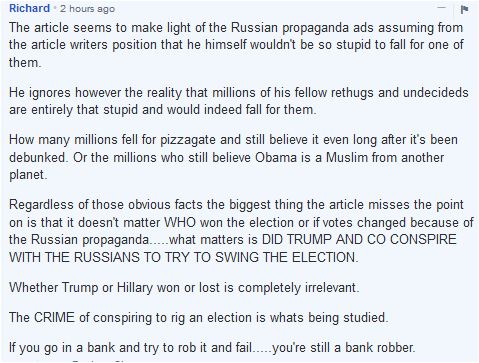 And, from Joe Pike, the funniest comment on the piece:

The Hill: U.S. Government Conned More Voters in 2016 Than Russian Trolls Did
25 Years Ago: Feds Attack at Waco in Name of Gun Control