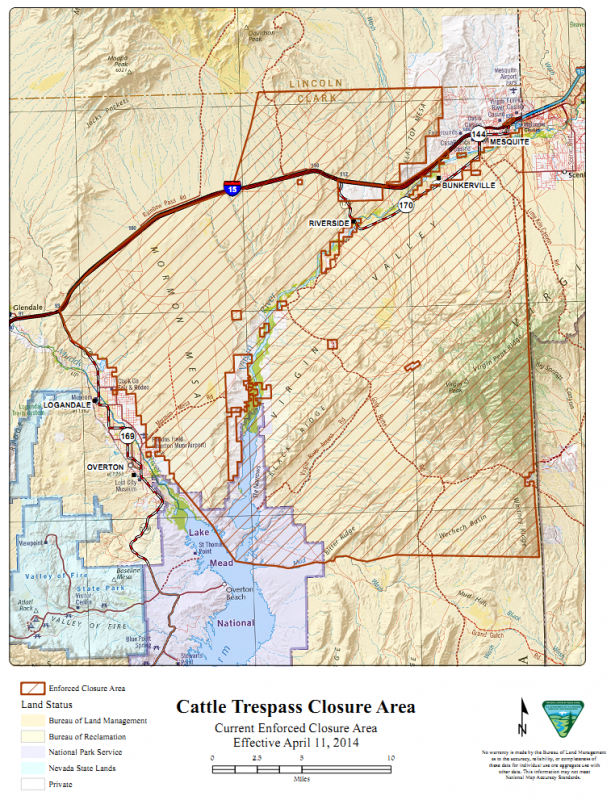 The Justice Department was caught in January in another high-profile travesty of due process. On December 20, federal judge Gloria Navarro declared a mistrial in the case against Nevada rancher Cliven Bundy and others after prosecutors were caught withholding massive amounts of evidence undermining federal charges. Two weeks later, she dismissed all charges against Bundy and his sons. Navarro slammed the FBI and Justice Department prosecutors for “outrageous” abuses and “flagrant misconduct.” Navarro also condemned the “grossly shocking” withholding of evidence from defense counsel in a case that could have landed the Bundys in prison for the rest of their lives.Cliven Bundy, a 71-year old Nevada rancher, and his sons were involved in an armed standoff with the Bureau of Land Management (BLM) beginning in 2014 stemming from decades of unpaid cattle grazing fees and restrictions. The Bundys have long claimed the feds were on a vendetta against them, and 3,300 pages of documents the Justice Department wrongfully concealed from their lawyers provided smoking guns that clinched their case.

A whistle-blowing memo by BLM chief investigator Larry Wooten charged that the BLM chose “the most intrusive, oppressive, large scale and militaristic trespass cattle [seizure] possible’’ against Bundy. He also cited a “widespread pattern of bad judgment, lack of discipline, incredible bias, unprofessionalism and misconduct, as well as likely policy, ethical and legal violations” by BLM officials in the case. BLM agents even “bragged about roughing up Dave Bundy [Cliven’s son], grinding his face into the ground and Dave Bundy having little bits of gravel stuck in his face’’ while he was videotaping federal agents. As the Oregonian noted, “Wooten said he learned from other agency supervisors that [the lead BLM agent in the case] had a ‘Kill Book’ as a ‘trophy,’ in which he essentially bragged about ‘getting three individuals in Utah to commit suicide,’ following a joint FBI-BLM investigation into the alleged trafficking of stolen artifacts.” Wooten also stated that anti-Mormon prejudice pervaded BLM’s crackdown. After Wooten complained to his superiors about the agency’s abuses, he was taken off the case and his computer hard drives, emails, and text messages were confiscated. In his whistle-blowing memo, Wooten declared, “These items were taken because they contained significant evidence of misconduct and items that would potentially embarrass BLM Law Enforcement Supervision. I am convinced that I was removed to prevent the ethical and proper further disclosure of the severe misconduct.’’ 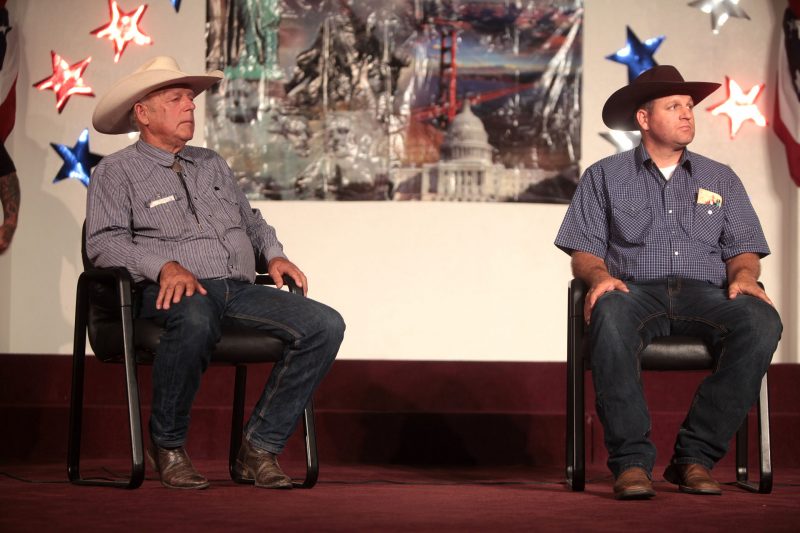 The feds charged the Bundys with conspiracy against the government, in large part because the ranchers summoned militia to defend them after they claimed that FBI snipers had surrounded their ranch. Justice Department lawyers scoffed at this claim in prior trials involving the standoff, but the belatedly released documents confirmed that snipers were in place prior to the Bundys’ call for help. The FBI spent three years covering up or lying about the role of their snipers in the 2014 standoff.

The feds also belatedly turned over multiple threat assessments that revealed that the Bundys were not violent or dangerous, including an FBI analysis that concluded that the BLM was “trying to provoke a conflict” with the Bundys. As an analysis in the left-leaning Intercept observed, federal missteps “fueled longstanding perceptions among the right-wing groups and militias that the federal government is an underhanded institution that will stop at nothing to crush the little guy and cover up its own misdeeds.” As the case collapsed, the feds “seemed to succeed most in lending support to the various conspiracies the Bundy family and their supporters believed to be true — that a land-hungry, out-of-control federal government was victimizing Western ranchers,” the Intercept noted.

Steven Myrhe, the lead federal attorney, cast “the 2014 standoff as an armed uprising, not a peaceful protest over federal control of vast stretches of land in the U.S. West, as the Bundys claim,” the Associated Press reported. Myrhe’s opening statement of the trial stressed “that the case centered on the need to respect the rule of law,” the Oregonian noted. But the government itself was somehow exempted from both the law and the Constitution in its crusade against the Bundys. 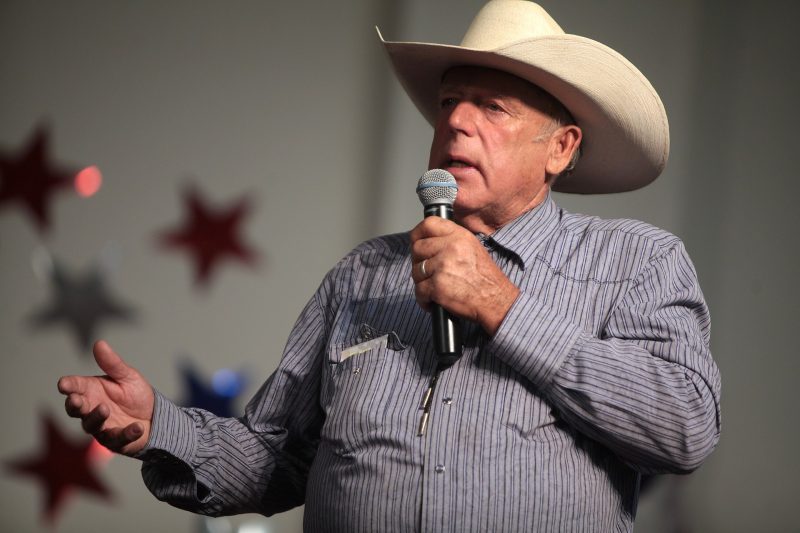 As their case began unraveling, federal prosecutors insisted that, regardless of withholding evidence, the judge must prohibit the Bundys from claiming the feds provoked the confrontation or that the Bundys acted in self-defense. Myrhe declared, “The Court needs to put a stop to these illegal theories and defenses in order for the government to receive a fair trial. The government, too, is entitled to a fair trial.”

But fair trials are the last thing that high-profile federal targets such as the Bundys are likely to receive. In the early 1990s, the federal government decided to take down Randy Weaver, an outspoken white separatist living on a mountaintop in northern Idaho. After Weaver was entrapped by a federal agent, U.S. Marshals trespassed on his land and killed his son. An FBI sniper killed his wife, Vicki. The Justice Department claimed that Weaver conspired to have an armed confrontation with the government. Bizarrely, the feds claimed that his moving from Iowa to an area near the Canadian border in 1983 was part of that plot. After a jury found Weaver not guilty on all major charges, federal judge Edward Lodge issued a lengthy catalog of the Justice Department’s and FBI’s misconduct and fabrication of evidence in the case. A top FBI official was later sent to prison for destroying key evidence in the case.

When Boundary County, Idaho, sought in 1998 to prosecute the FBI sniper who killed Vicki Weaver, the Clinton administration torpedoed their lawsuit by invoking the Supremacy Clause of the Constitution (which blocks local and state governments from challenging federal power). Seth Waxman, the solicitor general of the United States, absolved the FBI agent because “federal law-enforcement officials are privileged to do what would otherwise be unlawful if done by a private citizen.” Federal judge Alex Kozinski was dumbfounded by Waxman’s claim, asking, “If the Constitution does not provide limitations for federal agents’ actions, then what does?” Waxman did not have a good answer but, despite Kozinski’s eloquent dissent, the federal appeals court rode to the rescue of the FBI killer.

Thanks in part to Ruby Ridge, many of the heavily armed activists who flocked to the Nevada ranch venue feared that the FBI snipers had a license to kill the Bundys. After the case was thrown out of court, Ammon Bundy told a television interviewer, “They basically came to kill our family; they surrounded us with snipers. And then they wanted to lie about it all like none of it happened. And they were caught.” The mission of the federal snipers around the ranch was unclear but it is understandable that their targets did not assume they had benign intent. And the years of federal falsehoods after the confrontation ended did nothing to build confidence.

The Justice Department legal strategy in the Bundy case may have been shaped by the 1993 drubbing it took at the hands of an Idaho jury that was appalled at federal conduct at Ruby Ridge. A Justice Department brief in the Bundy case submitted days before the judge declared a mistrial showed that prosecutors feared jurors’ passing judgment on federal conduct. Prosecutors dreaded jury nullification — “not guilty” verdicts due to government abuses. Their brief stressed that “jury nullification is illegal” — but the Founding Fathers did not think so. The Justice Department told the judge,

To the extent defendants seek to offer evidence of surveillance cameras, uniforms, number of officers, weapons carried, and training the officers receive, none of that is relevant to show excessive force or a reason to assault officers. This type of evidence amounts only to nullification arguments — putting the victims [federal officials and prosecutors] in this case in the position of having to justify their every move when no force was used. The defendants’ intention to state that they believed they had a good reason for their conduct is not admissible evidence — it is jury nullification.

The specter of enraged jurors spurred prosecutors to withhold key evidence from both the judge and the defense counsel. “They feared jury nullification, they got judge nullification,” as one online commenter quipped.

The dismissal of charges was only the latest Justice Department disaster in a series of clashes involving the Bundy ranchers. Last August, a Nevada jury, in what the Associated Press labeled a “stunning setback to federal prosecutors,” found four supporters of Cliven Bundy not guilty for their role in the 2014 confrontation. Even though Judge Navarro had, acceding to prosecutors’ demands, muzzled defendants, and prohibited them from invoking their constitutional rights, jurors scorned federal claims that the men were part of a militia conspiracy against the government. The feds lost even though they had gone to bizarre lengths to get the defendants. The FBI even created a fake documentary film company which used false pretenses to interview key participants in the standoff. But the key targets skated.

Attorney General Jeff Sessions ordered a formal investigation into how the Justice Department went awry in Nevada. If the Trump administration cannot rein in renegade federal prosecutors, the president should cease and desist any and all claptrap about “draining the swamp.”

A key question is whether reforms can compel federal agencies to cease withholding information that defendants are legally entitled to. Unfortunately, that seems to be standard procedure for the FBI in their investigations — including those of both the Donald Trump and the Hillary Clinton presidential campaigns, as well as the Las Vegas shooter who slaughtered concert goers last October. (An FBI official said that Americans would have to wait until next October for the FBI’s report on the killings.) FBI officials have also been caught routinely twisting the truth to burnish prosecutions. False FBI trial testimony may have helped sentence 32 innocent people to death, as the Washington Post reported in 2015. How many other innocent people have been put behind bars because of federal misconduct? As Cato Institute vice president Clark Neily tweeted, “97% of federal convictions are obtained through plea bargains. Can you imagine the sh*t that would come to light if more cases went to trial?”

Judge Navarro rightly declared that “a universal sense of justice has been violated” by federal misconduct in the Bundy trial. Americans’ trust in the FBI and Justice Department will not be restored until those agencies are compelled to obey the law and the Constitution. Until that happens, federal prosecutors should continue fearing verdicts from Americans who refuse to convict those whom the feds wrongfully vilify.

This article was originally published in the April 2018 edition of Future o Freedom.