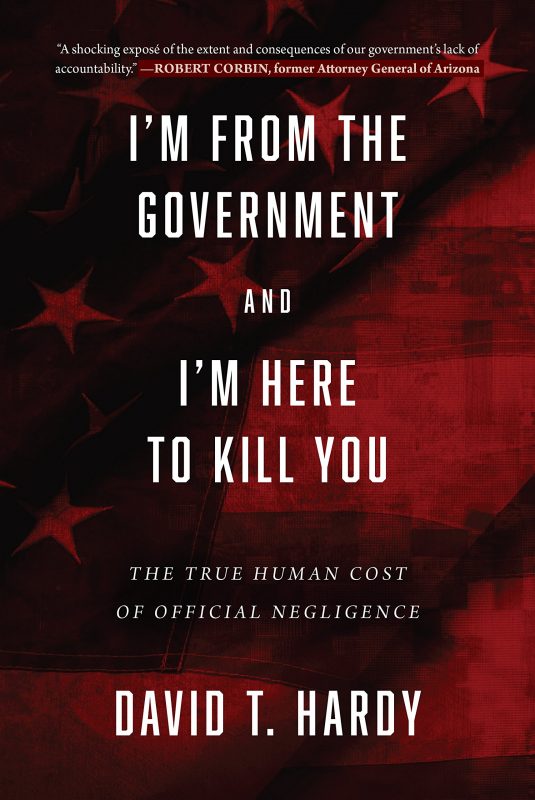 It’s hard not to like a savvy ex-federal lawyer who blows the whistle on the feds. David Hardy has been doing that for decades – often with explosive results. Hardy, along with the late Mike McNulty, helped blow open the coverup of the federal assaults at Waco. Hardy’s dogged Freedom of Information Act requests turned up the biggest smoking gun on the ATF:  a memo revealing that, nine days before the raid, two undercover ATF agents (recognized as such by Koresh) knocked on the door of the Davidian residence and invited Koresh to go shooting. Koresh, two other Davidians, and the two agents had a fine time shooting AR-15s and Sig-Sauer semiautomatic pistols. But easily arresting Koresh that day would have preempted the biggest raid in ATF history.  Hardy’s discovery shattered the federal defense for the initial attack on the Davidians’ sprawling home.

Skyhorse Publishing recently released a new book from Hardy – I’m from the Government and I’m Here to Kill You: The True Human Cost of Official Negligence. Hardy brings his legal savvy to trace how the doctrine of sovereign immunity is ravaging our rights and liberties. “Americans could better hold their government accountable when they were ruled by George III than they can today!,” he warns. He walks readers through a long series of Supreme Court decisions that helped make government officials a nearly untouchable legal class.

The book’s chapter on Ruby Ridge nicely captures some of the legal and other absurdities that occurred when the feds targeted a family living on an isolated mountaintop in northern Idaho. The Waco chapter is the strongest part of the book, vividly walking readers through the path to catastrophe. He points out that the April 19, 1993 fire was “so lethal” because “the FBI wanted it that way. No fire engines.” When fire engines did arrive near the scene, they were prohibited from dousing the flames until it was too late for any possible survivors inside. Hardy includes some good whacks of John Danforth, Janet Reno’s buddy, who was the figurehead for a make-believe reinvestigation of the disaster beginning in 1999.

Hardy’s book includes an excellent long chapter on the ATF’s Fast and Furious debacle, putting it in the context of the perennial effort to concoct reasons for disarming American citizens. Fast and Furious aimed to produce “a public relations extravaganza that would support the Obama administration’s push for gun control.” Hardy notes that the Fast and Furious gun-running program “established that [federal agents] could commit acts of war against other nations without suffering any serious consequences.”

The book concludes with a passionate appeal to end legal immunity for Leviathan and its enforcers.   Not if only there were more than half a dozen people in Washington willing to relinquish some of the government’s vast power…