My grandfather, Paul G. Bovard, was drafted in 1918. He was in the Army but the war ended before he was deployed to France. The following story, written by my father, captures the only story from his military time that I have heard from family.

Dad’s Company Commander, in going over the new recruits’ prior work experience, noticed that he had been a carpenter for a few years before induction. The C.O.– Commanding Officer–asked him to construct a bulletin board on which Company notices could be posted. Dad surveyed the Army base for available lumber and tools to handle the job, then decided he could not do it without some extra help and “outside” purchases. So, he went to the local hardware store, bought a bulletin board, and gave it to the C.O. The C.O. liked the way Dad handled it, and exempted PGB from routine drill exercises from there on. Thus, he became known as “Little Jesus, The Company Carpenter.”

My grandfather’s knack for avoiding drills and marching is strong evidence that I have plenty of his DNA. The last time I saw my grandfather was in 1972. As a 16 year old kid, I was not smart or savvy enough to draw him out on his military sojourn (though I did get him talking vividly about the 1941 heavyweight championship fight between Joe Louis and local Pittsburgh hero Billy Conn).

Here’s a copy of his draft notice.. 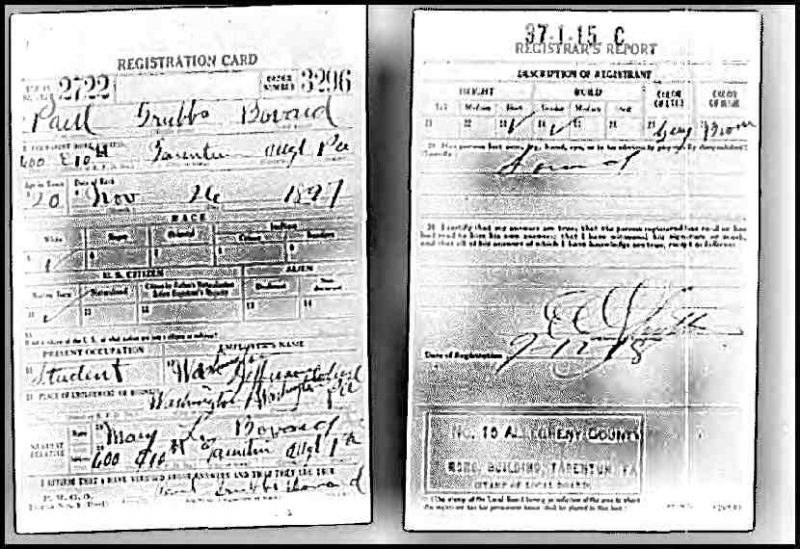 The military draft applied to males age 21 to 30; my grandfather entered the military on October 11, 2018 as part of the Student Army Training Corps at Washington-Jefferson College in Washington, Pennsylvania.  At that point, the Western Front was collapsing; seven days earlier, the German chancellor had telegraphed President Woodrow Wilson seeking armistice terms.  The Allied powers wrangled among themselves over the demands and a final armistice was not announced until November 11.

My grandfather may not have been been shifted away from the college training base in part because of the military’s catastrophic role in spreading Spanish Flu. A 2010 article in Public Health Report noted that “the virus traveled with military personnel from camp to camp and across the Atlantic, and at the height of the American military involvement in the war, September through November 1918, influenza and pneumonia sickened 20% to 40% of U.S. Army and Navy personnel. These high morbidity rates interfered with induction and training schedules in the United States.”  Less than two weeks before my grandfather was inducted, Philadelphia had held the biggest parade in its history to spur sales of Liberty Loan bonds.  The Spanish Flu was already becoming widespread and doctors vehemently warned warned against a mass public gathering.  But politicians and the military ignored the warning. Twelve thousand people died in Philadelphia after the parade, and the Spanish flu eventually killed more than half a million Americans.

My grandfather was discharged from the army on December 15, 1918.  (Hearty thanks to a friend, photographer, and author who sent me the link on my grandfather’s military record.) My grandfather’s sojourn in the Army was one of the few things listed on his tombstone. 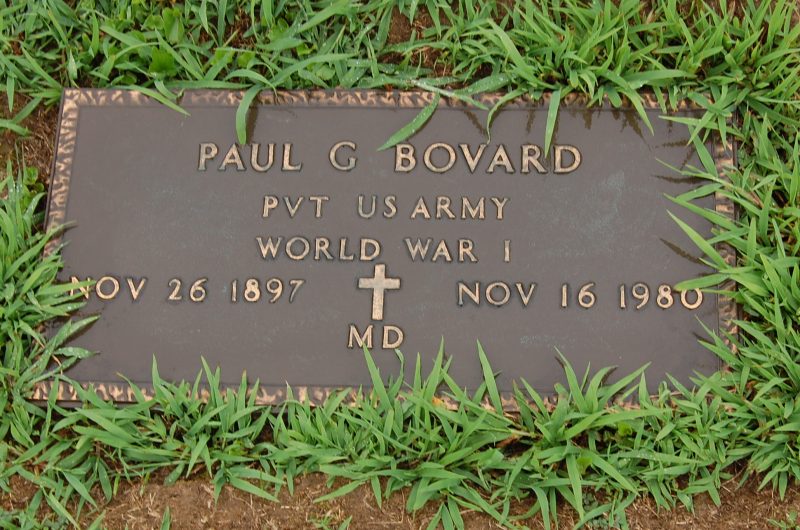 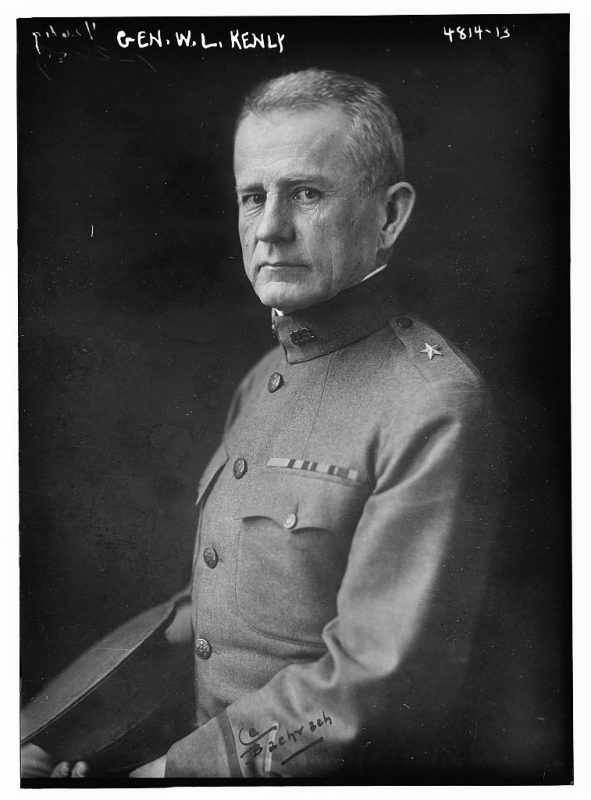 It was easier to track down the war record of at least one of the kinfolk of my paternal grandmother – Katherine Kenly Bovard.  Her uncle  was Major General William Lacy Kenly, who was Chief of Air Service, American Expeditionary Forces. He received the Army Distinguished Service Medal in 1918 for having “rendered services of inestimable value to the Government in positions of great responsibility.” According to a Wikipedia page on him,  Kenly “was the titular head of the newly-established United States Army Air Service” for part of 2018.  Here’s a page on his record from the World’s Military History Wiki.

Until doing genealogy research a year or two ago, I was completely unaware of  the role of Gen. Kenly (my great great uncle?) in World War One.  My grandmother passed away 20 years before I was born and I heard almost nothing about her family history when I was growing up. 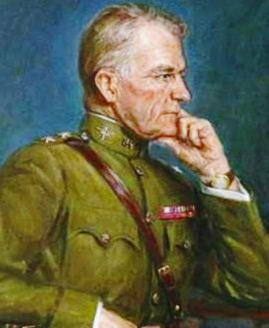 One Response to My Grandfather’s Coup in World War One