Here are some photos from a raucous speech I gave in 2007 at the Foundation for Economic Education in Irvington, New York. Pro-torture attendees were outraged at my bashing of Bush administration atrocities.  At the end of the rambunctious question-and-answer period, FEE president Richard Ebeling eloquently explained why torture was not a libertarian value. 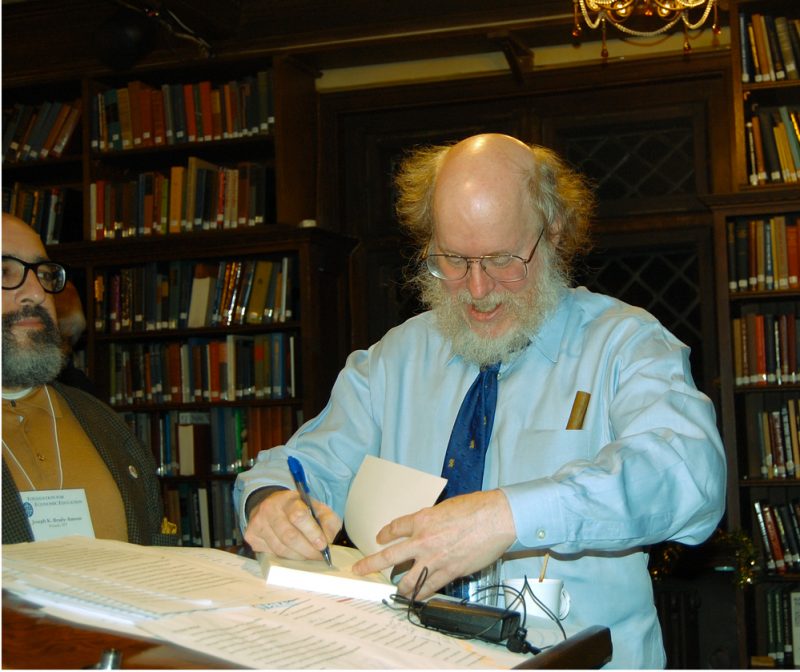 This is as close as I will ever get to having a halo. 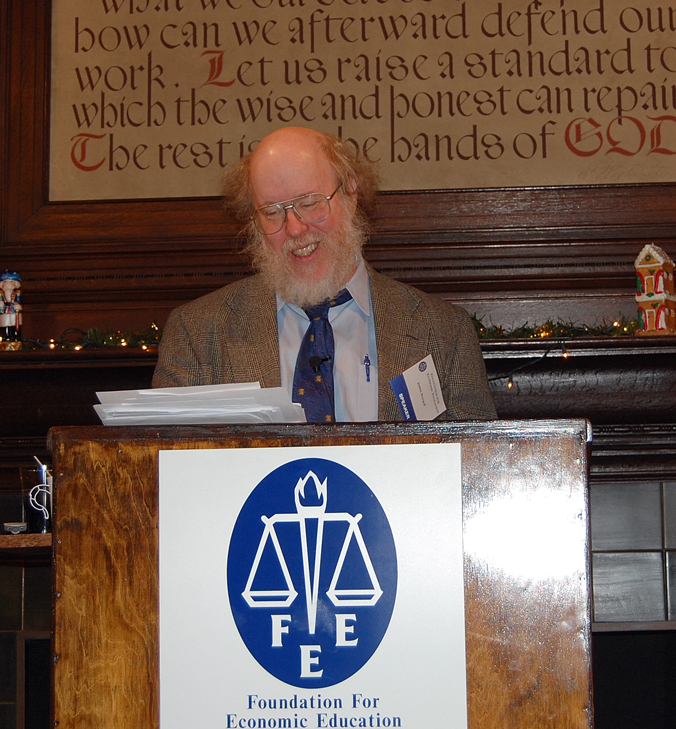 “Can’t believe that joke flopped – it was the best line I had in this speech.” 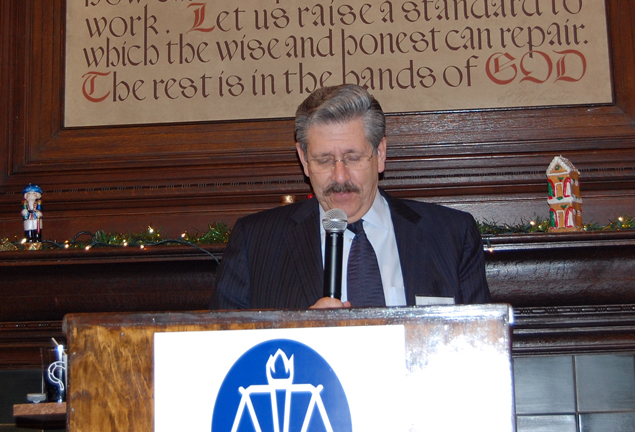 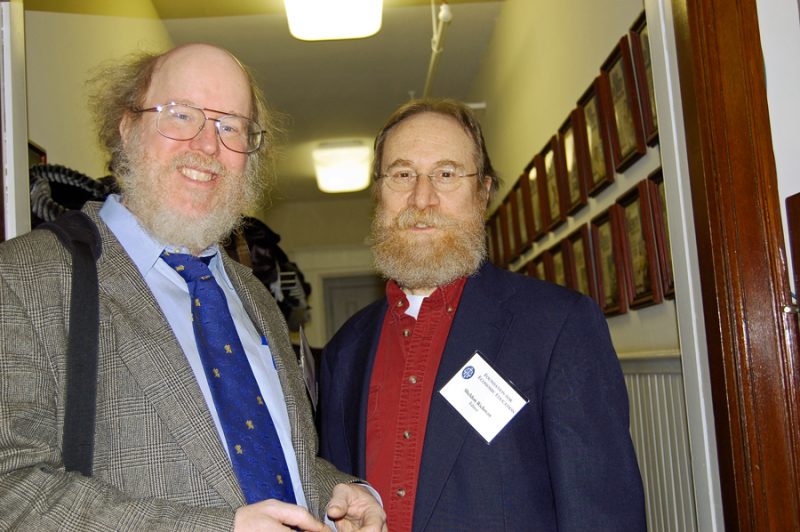 With my old friend & one of my favorite editors, Sheldon Richman 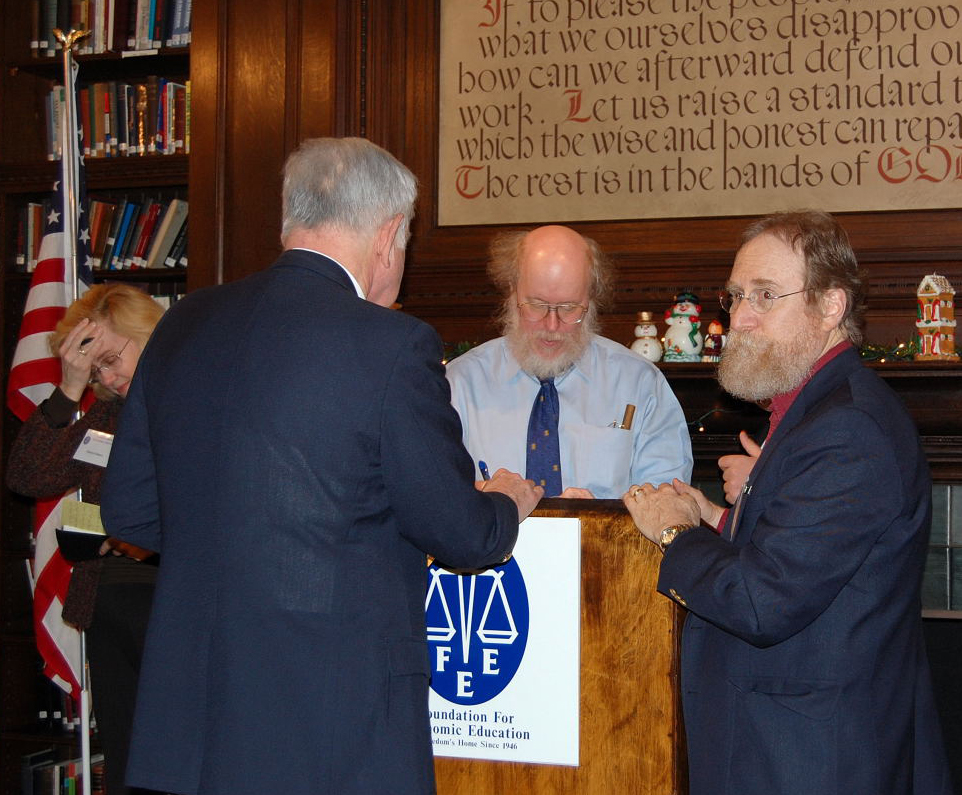 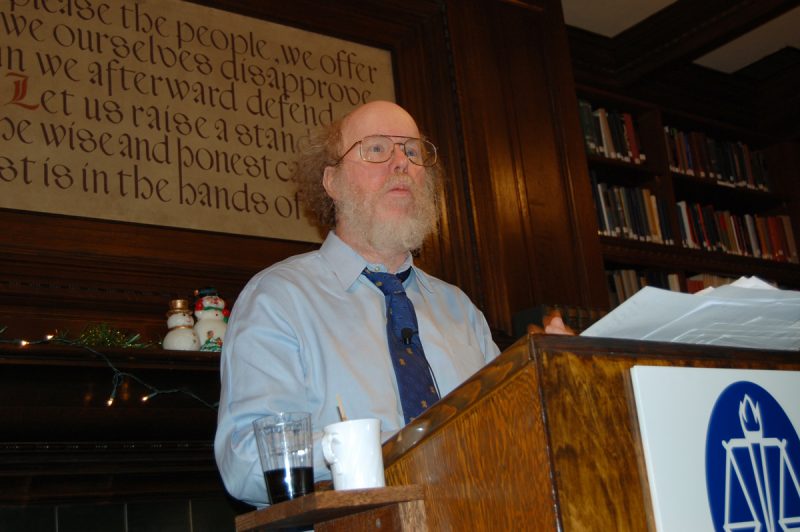 Listening to the first question from a pro-torture attendee 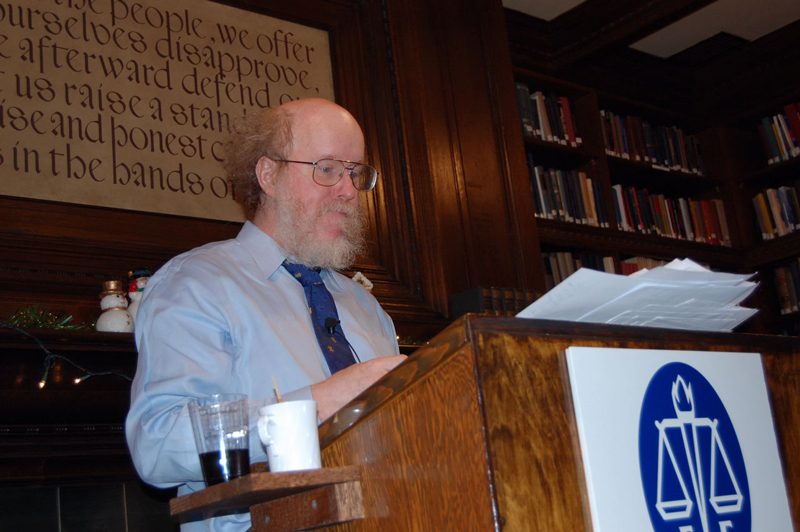 “Has anybody seen page 7?” Actually, this is during Q & A (the jacket is off); I tossed the pages on the top of the lectern as I rattled through the speech. 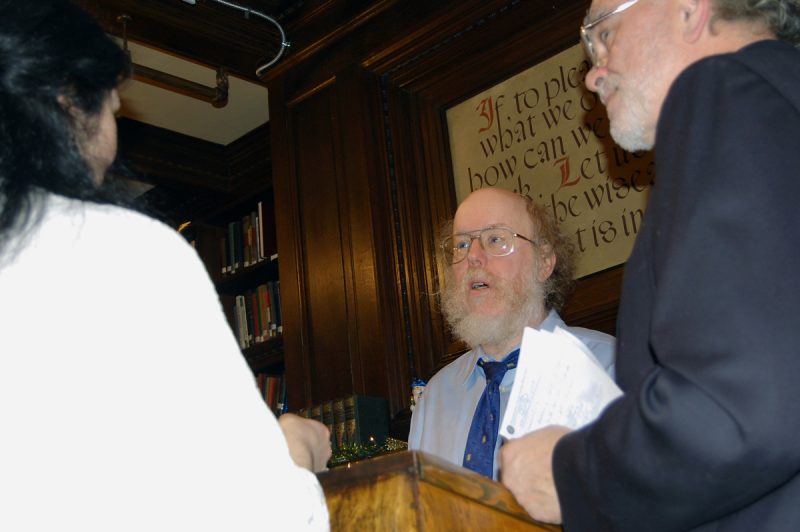 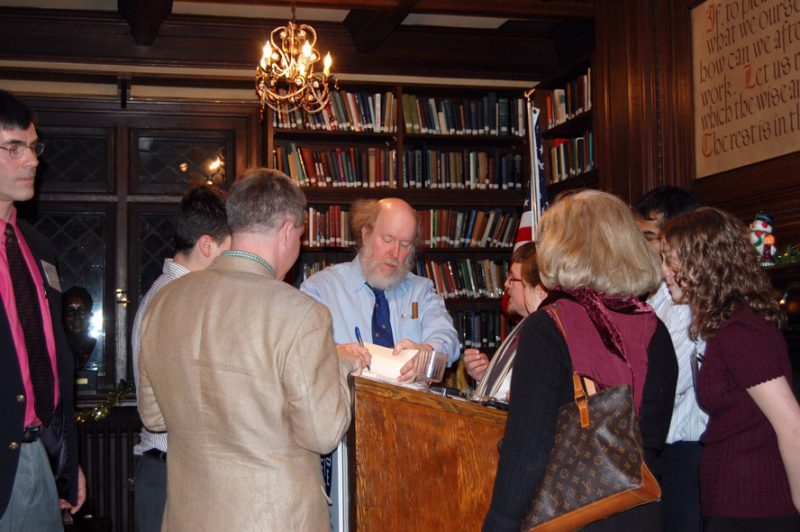