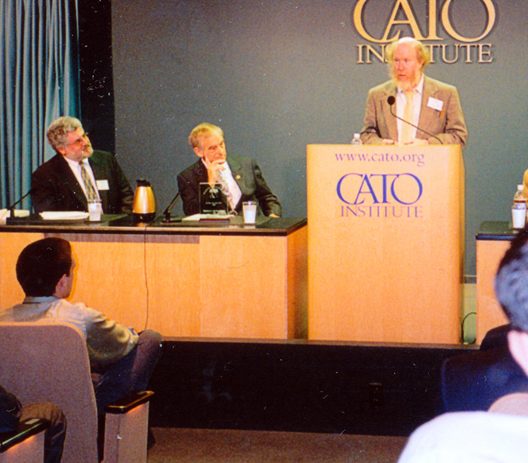 This week is the 16th anniversary of the U.S. invasion of Iraq.  Plenty of Bush apologists have been rewriting history on Twitter.  But Ron Paul was one member of Congress who had nothing to apologize in the run-up to the war.  He was outspoken throughout 2002 and beyond, exposing the folly of starting a major war in the Middle East and trouncing the shabby evidence the Bush administration offered.

His valiant fight against the war resulted in his receiving the Szasz Award for Outstanding Contributions to Civil Liberties in November 2002.  He was the only politician to ever win the award named after the legendary psychiatrist Thomas Szasz, one of the great heroes of modern liberty. In the spiel below, I praised Ron Paul as someone who “speaks truth to power;” for the record, that was long before the same accolade was used to burnish our current CIA director.   Here are the comments I made at the award ceremony in November 2002 in Washington:

It is my honor on behalf of the Szasz award committee to present the award this year to Congressman Ron Paul.

Ron Paul has made it clear from Day One where he stands on the War with Iraq. He stands on the Constitution on this – not on the public opinion polls. He is not finessing the issue.

One thing I like about Paul is that he is wiling to question people’s motives – something that happens far too rarely in Washington.

Back in mid-September, I was flipping on the TV at the end of the day – after a few beers – trolling on C SPAN.  And I happened to come upon a House hearing on the pending war with Iraq.  I think I missed the first couple hours of the hearing because chairman Henry Hyde announced that it was Congressman Paul’s chance to ask a question.

Paul scorned the hearing as “very one sided” and said “This turns out to be more propaganda for war than anything else.   We’re willing to go to war over phantom weapons.”
And then he asked the two witnesses – Richard Perle and James Woolsey – whether they would personally be wiling to risk their lives for the war they so strongly advocated.
Woolsey answered first.  He mentioned that he “flew a desk” during his two years in the army – but then stressed that it was not up to private citizens to decide whether to go to war – it was up to Congress.
Then Perle answered. Perle was in London at the time – and they had a giant video screen up there for him to be seen.   The hearing setting looked like a scene out of Dr. Strangelove.  And there was a giant flag just to Perle’s right  – sort of like the Fox News Network on amphetamines.

Perle opined: “Well, I find the question a particularly troubling question because the suggestion is that somehow it is illegitimate to make recommendation with respect to what one believes is in the best interest of the country and all of our citizens except in some intensely personal context.  And if I were in a position to serve, I would do so. But, that seems to me quite the wrong question, Congressman.  The question is how do we best protect the citizens of this country.”
Woolsey chimed in: “This so-called chicken hawk argument does seem to me to be an extraordinarily unworthy argument.  And I think Senator John McCain has put it exactly where it belongs.  For one thing it says that if an American women or an openly gay American man supports the war that an opinion is unworthy or an over age, military age, American man, that that is an unworthy and ought to be an unconsidered opinion because none of those people are going to serve in combat. And I join Mr. Perle in saying that I think that it’s an extraordinarily unworthy ad hominem argument.”

Now – congressman Paul had not accused the two distinguished witnesses of being chickenhawks – they were the ones that brought this up.   But simply to directly challenge them made both Perle and Woolsey go strutting as if they had suffered some terrible insult.  I mean – since they were advocating killing foreigners – of course they had good intentions, right?

Paul has done great work for freedom for decades – as far back as the mid-70s.  His foundation for  Foundation for Rational Economic Education (FREE) has done cutting-edge work- such as its recent publication of his speech,  “The Case Against the Police State.”   His Liberty Committee has worked mightily to educate fellow congressmen on the danger of Leviathan. 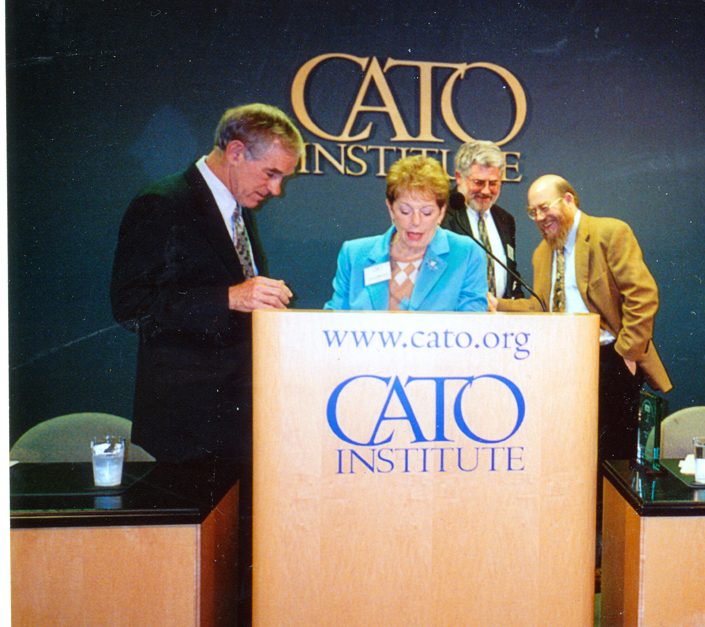 Ron Paul and the late Andrea Rich, chair of the Szasz Award Committee 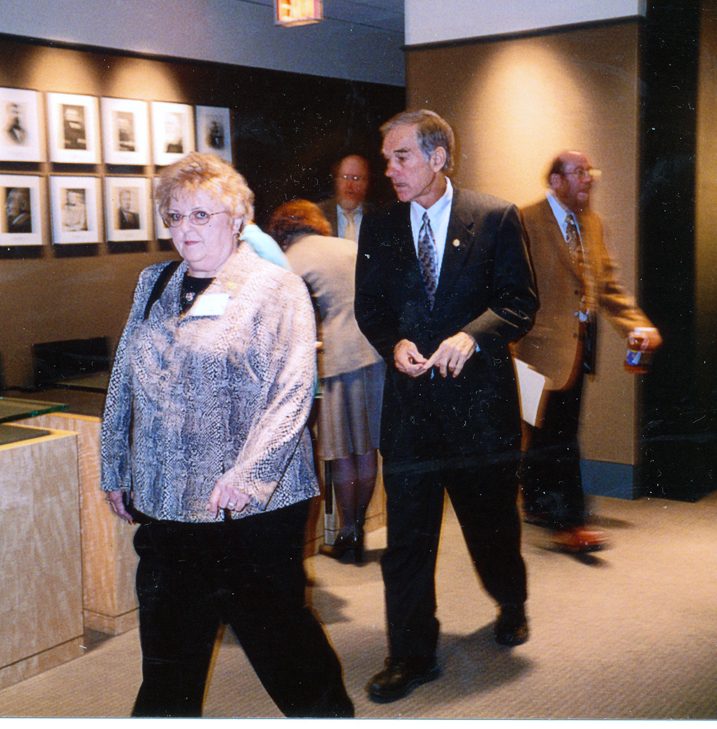 Ron Paul and Carol Paul at the award ceremony 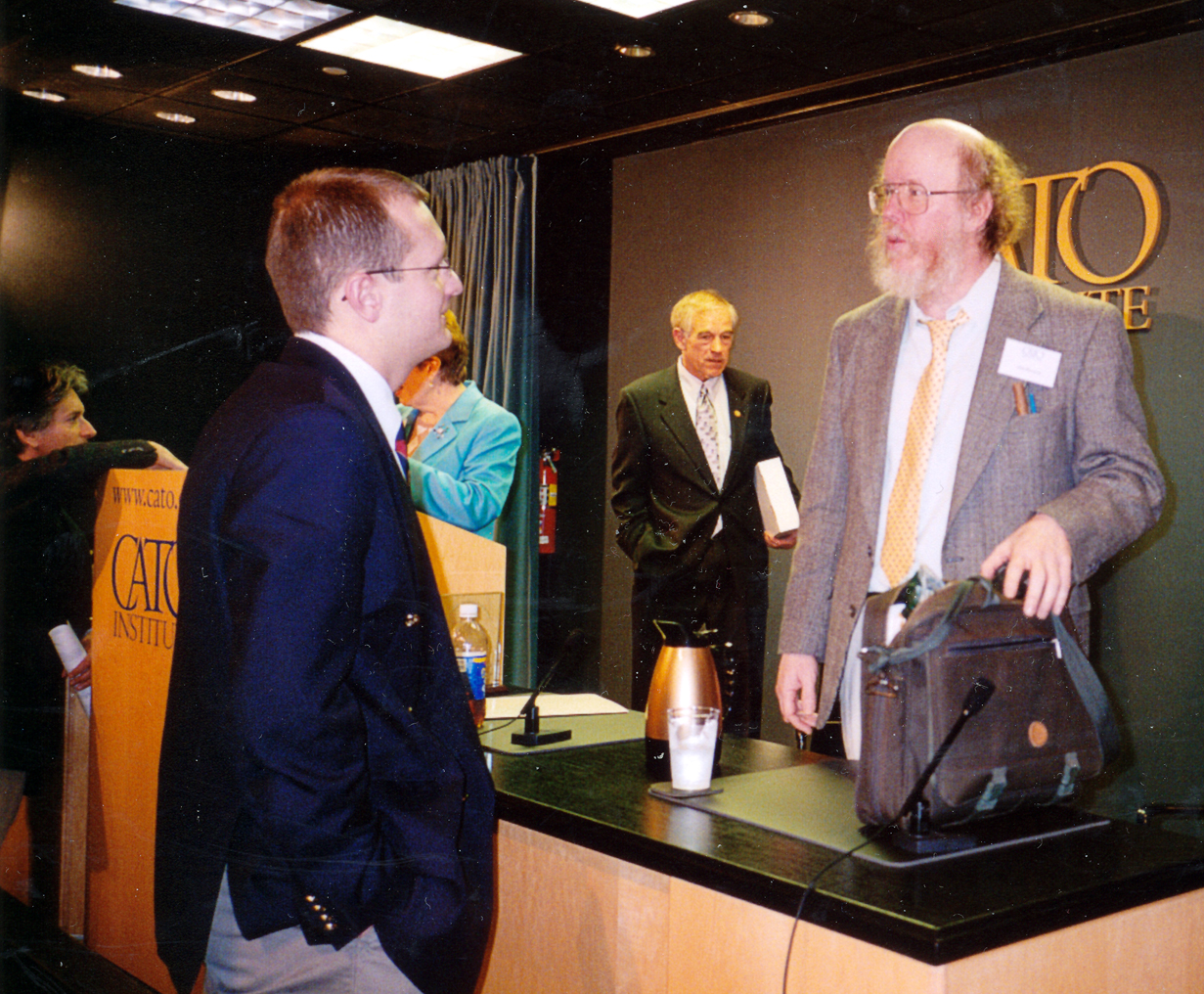 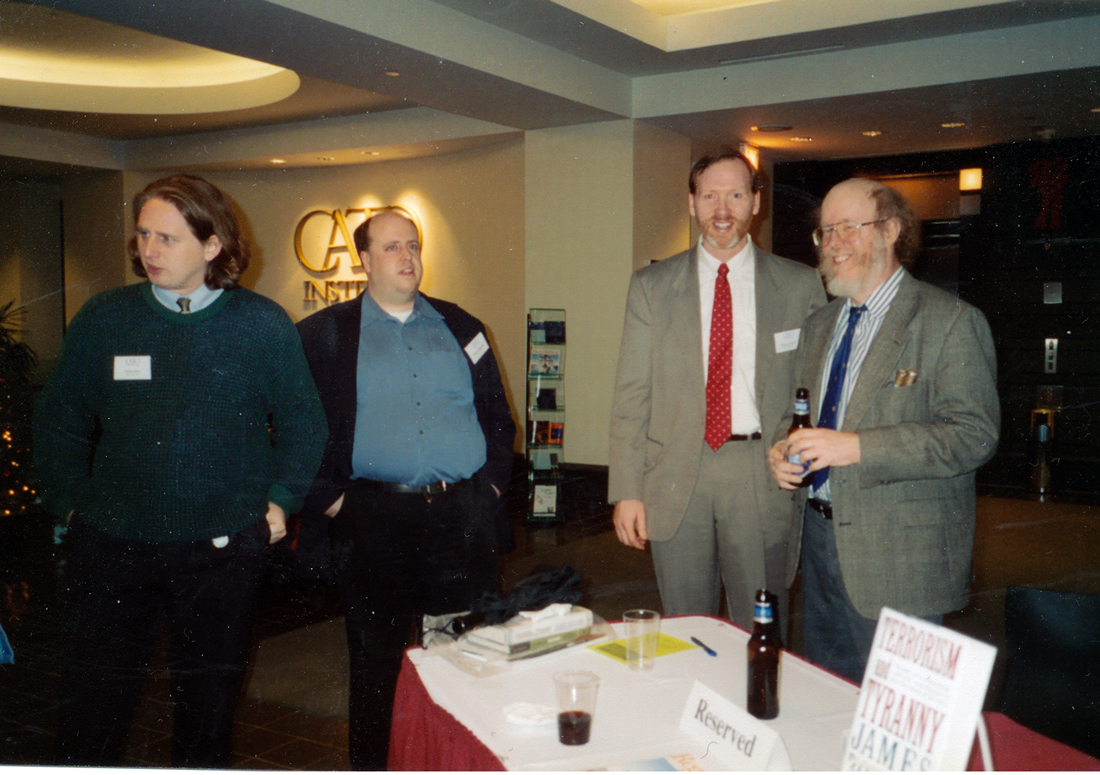