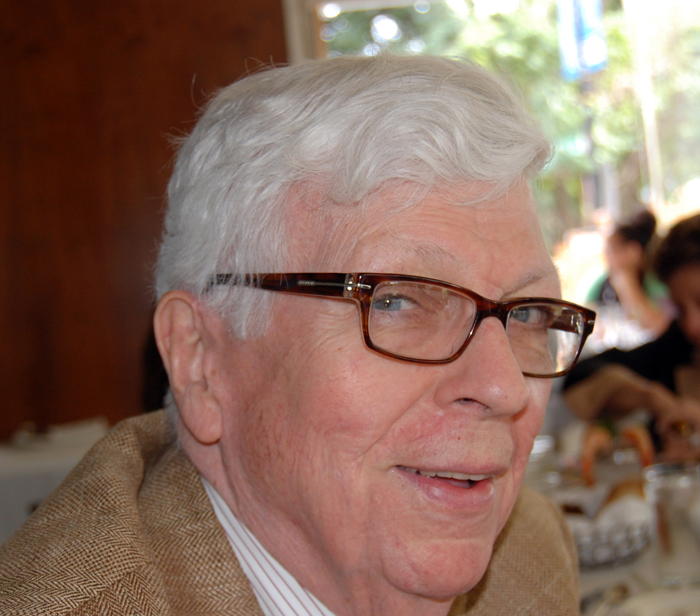 My old friend Bill Schulz passed away this week after a hard fight with multiple illnesses.  Bill, who was born in 1939, was one of the most talented editors I ever had the pleasure of working with.  For more than 30 years, Bill was the Washington editor for Reader’s Digest when the Digest was by far the most-read magazine in America, with over 50 million readers.

Bill Schulz brought higher literary and intellectual standards to American conservatism. As a teenager, Bill attended lectures by the legendary Austrian economist Ludwig von Mises at New York University. Bill recognized that denouncing Big Government was not enough; you also had to make readers understand the deeper perils and the grave political trendlines.  Bill masterminded a 1978 bestseller entitled A Time for Truth that lucidly explained why political takeovers of the economy and American life were disasters for freedom and prosperity. That book was ghostwritten by Edith Efron and published under the name of former Treasury Secretary Bill Simon, and included a preface by Milton Friedman and a foreword by F.A. Hayek.  The chapters on “Freedom vs. Dictatorship” and “The Road to Liberty” are as relevant now as when they were written and could be  profitable reading for many Trump supporters.

My first assignment from Bill was a 1984 demolition of a Reagan-era program that paid farmers to idle 77 million acres of farmland to drive up crop prices.  Early in the investigation, I requested an interview with Agriculture Secretary John Block but was rebuffed.  Happily, there was plenty of evidence of federal folly without quotes from a political appointee.  As the story neared publication, the White House became concerned that tens of millions of copies of a harshly critical article would be coming out just as Reagan launched his reelection campaign.  Block’s office contacted me and requested that I interview him.   Bill told me to call him after meeting with Block.  I rang him up from a pay phone outside Block’s office. I summarized the interview: “If you’ve talked to one hog farmer, you’ve talked to them all” – and Bill laughed heartily. Thanks to Bill’s deft editing, “Fiasco on the Farm” walked readers through the mechanics and incurable contradictions of farm subsidies.  That article spurred a deluge of subscription cancellations from the heartland but Bill never flinched.   That Digest piece was my first in-depth analysis on agricultural subsidies, leading to my first book “The Farm Fiasco” (ICS Press, 1989).

After I started writing for Bill, I never had to go to a pawn shop to pay rent.  The Digest pay rates gave me the financial breathing space to write for plenty of publications that offered  “honorific pay rates” and usually worse editing than Bill delivered. And I never had to hitchhike when I was traveling on assignment for the Digest.

I savored plenty of marathon lunches with Bill  first at Mo and Joe’s and later at The Palm. Bill dished up an array of insights into Washington political operatives and poohbahs and almost always had a fun story about Mayor Marion Barry.   I shared Bill’s love of boxing, and I relished hearing his stories of the great fights he attended.  He wrote a cover story for The Ring, the best known boxing magazine, in the 1960s on renowned light heavyweight champion Bob Foster.   Bill attended the first Ali-Frazier fight in New York in 1971.  He told me that he shouted so loud during the fight that he was hoarse the next morning.  Maybe Bill liked boxing in part because he was a natural tough guy – he enjoyed publishing frontal assaults I wrote on the Internal Revenue Service, the World Bank, the Americans with Disabilities Act, and other targets that most Washingtonians preferred not to criticize.

My favorite Bill Schulz story deals with the time he and I interviewed Labor Secretary Elizabeth Dole in 1989.  Dole was whooping up the federal Job Training Partnership Act program as one of the greatest gifts Washington ever delivered to the downtrodden.   Bill recognized a boondoggle when he saw one, and JTPA was a geyser of phony success stories and dishonest statistics. JTPA was corporate welfare at its worst – shoveling out money to businesses and pretending  to solve a social problem.

Secretary Dole greeted us as if we were visiting the throne of a small European kingdom and flashed us a focus-group-tested smile as we entered her palatial office. She was accompanied by her 30ish press secretary, a lady accustomed to securing glowing reviews of her boss.  She insisted that Dole had only 30 minutes to spare to talk to the Digest.

Dole gestured towards her office’s giant bay window and mentioned she had a great view of the Capitol dome. She declared, “I know that if the lights are still on 6 p.m., then I won’t have to fix dinner for Bob,” referring to her husband, Senate Majority Leader Bob Dole. Her opening gambit revealed that she assumed we were idiots. Schulz later groused that the odds of her making dinner at their Watergate apartment for her husband were akin to a snowball’s chance in hell. Ms. Dole never had a reputation as a homebody.

We barely had time to sit down before Dole launched an over-caffeinated filibuster about what JTPA meant to her. She picked up the framed photograph on her desk showing her clutching a young black woman at a White House JTPA hoopla two months earlier. Dole gushed: “And she cried – and I cried – and we hugged!” Dole kept talking rapidly – seemingly not pausing to breath – running the clock out on the interview.

I finally interrupted her in mid-sentence: If JTPA was such a well-run program, why did it give $3 million for a Los Angeles program to place teenagers with gay employers?

Not a facial muscle moved as Dole’s silent “not a puff piece goddammit” alarm went off. After a five second pause, she said she knew nothing about that.

Bill then asked her a question about another prima facie howler of a JTPA program. She replied that she knew nothing about that one either.  (Maybe Liz Dole coached Bob Mueller for his congressional appearance this week?)

Then I asked about the audit reports debunking JTPA’s success claims. She indignantly replied that she had not expected to be asked those kind of questions. Bill followed up and I noticed that the press secretary’s knees were visibly shaking. Bill and I asked a few other questions, none of which Dole attempted to answer. “It sounds to me as if this may be a better interview for Bob Jones to have,” she snapped. “He’s the assistant secretary for employment training.” She assured us that Jones would answer any specific questions that she could not. (He didn’t give us the time of day.)  Dole signaled the interview was over. JTPA was the Labor Department’s flagship yet the Secretary knew nothing except her own talking points.

We barely reached the outer corridor of the Dole’s compound before her press secretary ripped into us with the loudest profanity-laden tirade I received in the 1980s. Dole sent a formal complaint about the interview to Digest editor-in-chief Kenneth Gilmore, but neither Bill nor Gilmore balked.  The Digest published  “The Federal Job Training Fiasco” in March 1990, helping turn public opinion against the program which was abolished a few years later.

Bill is survived by his wife Lynne (who he always spoke of with the greatest affection) and four sons – William, Max, Nick, and Ken. I send my condolences to the Schulz family on their great loss.